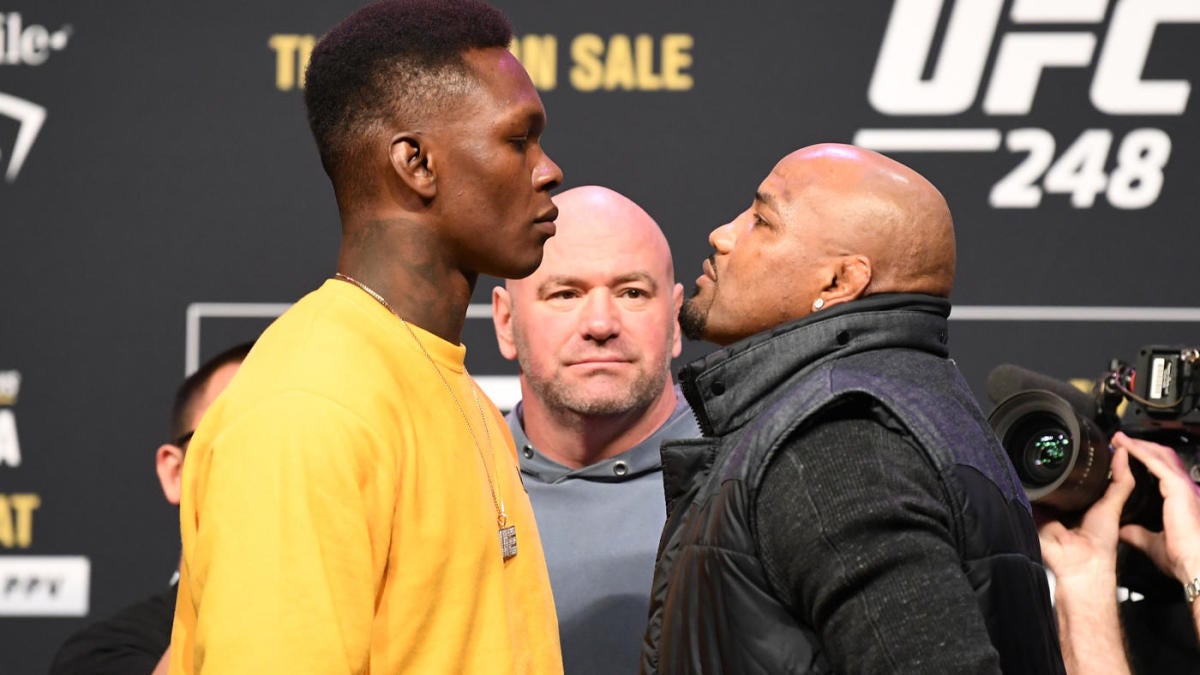 Now that Israel Adesanya has claimed full ownership of the UFC middleweight championship with a knockout win over Robert Whittaker, it is time for him to prove he can defend it. Adesanya will attempt to do just that when he puts the title up for grabs against longtime contender Yoel Romero in the main event of UFC 248. The event takes place March 7 from T-Mobile Arena in Las Vegas.

Romero has a complicated relationship with middleweight championship bouts. At UFC 213, Romero lost an interim championship fight to Whittaker in his first bid for UFC gold. The loss was the first of Romero’s Octagon career. In his next fight, Romero again was scheduled to fight for the interim belt. He defeated Luke Rockhold in that fight, but had missed weight, making him ineligible to win the title. A rematch with Whittaker was next, and with it a shot at the undisputed middleweight crown. Romero lost by split decision. He now comes into the fight with Adesanya off a decision loss to Paulo Costa and with a 1-3 record in his four most recent fights.

Adesanya sports a perfect 18-0 record in MMA, including seven wins in the UFC. Those seven UFC victories have all come since 2018, keeping a very active schedule for such a high-level fighter. Adesanya won the interim version of the title by beating Kelvin Gastelum in arguably the best fight of 2019 and then became undisputed champion by knocking out Whittaker in a dominant performance last October.

Adesanya won’t be the only champ putting their title on the line during the event. Weili Zhang, the UFC women’s strawweight champ, will battle former champ Joanna Jedrzejczyk in the evening’s co-main event. Also on the card are compelling fights at middleweight where Derek Brunson takes on Edmen Shahbazyan and welterweight, which sees Neil Magny battle Li Jingliang.