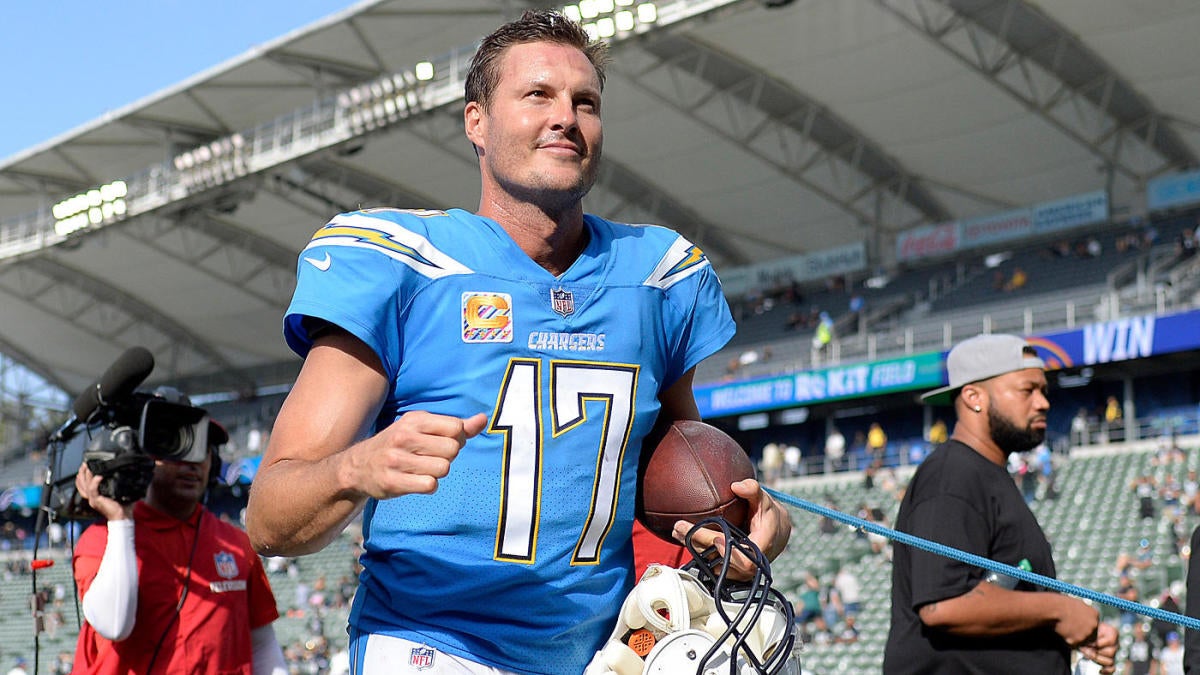 Philip Rivers has spent all 16 of his NFL seasons with the Los Angeles Chargers, but as we enter the 2020 offseason, the impending free agent is set to become the starting quarterback for a new NFL franchise. Free agency is still weeks away from fully heating up, but the free-agent pursuit of Rivers is expected to intensify in what promises to be a surprisingly strong free agent class at the quarterback position. Rivers is now 38 years old, but he was a Pro Bowl quarterback as recently as the 2018 NFL season, the last of a three-year stretch of consecutive Pro Bowl appearances.

As we move forward toward the start of NFL free agency in mid-March, this will serve as the hub for all Rivers-related free agent updates. From the latest rumors to Rivers’ projected contract on the open market, the top landing spots, and a lot more; when it comes to his free agency we will have it all here. Without further ado, let’s jump into the latest on Rivers.

Although it’s realistic to assume that a free-agent departure from a team where a player spent 16 seasons as the face of that franchise would come with baggage, both the Chargers and Rivers are claiming a mutual departure — at least publicly. On Feb. 10, just eight days after the Super Bowl, both sides agreed to end the speculation about Los Angeles’ tie to Rivers in the upcoming 2020 free agency with an official announcement that the veteran quarterback will move on from the franchise this March. Jordan Dajani has more on the announced mutual agreement.

Just minutes after Los Angeles announced their decision to mutually move on from Rivers this offseason, Chargers fans and players took to Twitter and social media to commemorate his time with the franchise. Chargers wide receiver Keenan Allen has built a longstanding relationship and rapport with Rivers on and off the field and he was particularly saddened by the news. Within minutes, #ThankYouPhilip started trending. Shanna McCarriston has more on the reaction from fans and players on social media.

Now that Rivers will all but officially be moving on from the Chargers, it’s time to start speculating about where he will be playing during the 2020 season (and beyond). Several teams make sense for Rivers in free agency given their quarterback situation and the roster surrounding that position, but five teams stand out as the best fits for him. Cody Benjamin broke down the five best landing spots for Rivers, and although the Tampa Bay Buccaneers are the most heavily-linked to Rivers thus far, another team lands at No. 1 on the list.

Over at Spotrac, one of the leading providers of NFL contract and salary cap information, they have projected Rivers’ estimated free-agent market value. Based on several factors including Rivers’ age and the market at the quarterback position, Spotrac projects Rivers to have a current calculated market value (and this could change if, say, Dak Prescott signs a long-term extension) of $24,337,191 annually. They project Rivers to receive a two-year, $48,674,382 contract in free agency. You can find the full details for Rivers’ market value projection at Spotrac.

Rivers moves his family to Florida

Shortly after the conclusion of the 2019 regular season, Rivers and his family made the decision to move back closer to home — from San Diego to Florida.

“What this means football-wise is to be determined but it was time for us to move back closer to home,” Rivers wrote during a recent text exchange with ESPN.

John Breech broke down why, based on what we do know about Rivers’ family, his decision to move them to Florida could have a major impact on his upcoming free agency.

The Tampa Bay Buccaneers are set to enter the 2020 offseason with current franchise quarterback Jameis Winston ready to hit unrestricted free agency. According to CBS Sports NFL Insider Jason La Canfora, who reported in November that Rivers and the Chargers would likely be parting ways, there’s “a lot of buzz” about Tampa Bay as a potential landing spot for Rivers, which is intriguing for multiple reasons.

La Canfora broke down how the quarterback market might shake out this offseason, what he’s heard about Buccaneers head coach Bruce Arians’ interest in Rivers, and why the union between he and Rivers make so much sense.