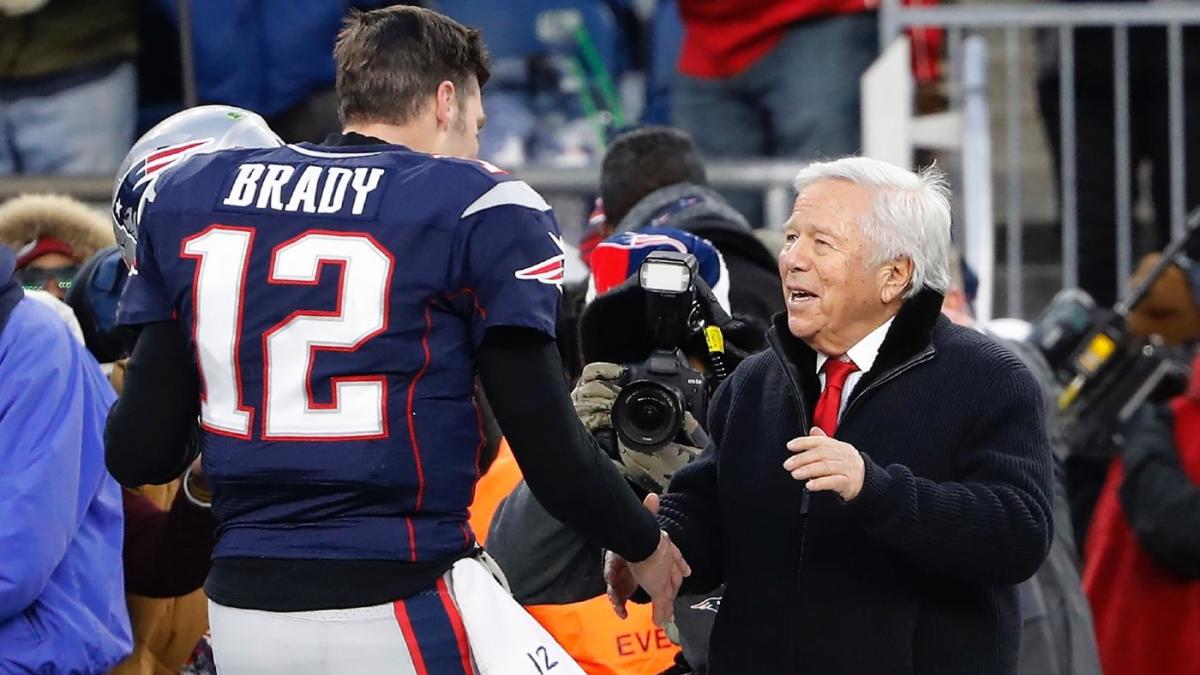 Robert Kraft only needed five words to answer the question posed to him Sunday night in Los Angeles. Kraft, the Patriots‘ owner who was attending Elton John’s AIDS Foundation Academy Awards viewing party, was asked if he wants future Hall of Fame quarterback Tom Brady back in New England for the 2020 season. Brady, who has spent his entire 20-year career with the Patriots, is expected to become an unrestricted free agent when the NFL‘s new league year begins on Mar. 18. This would mark the first time that the 42-year-old Brady has tested free agency.

“You know what I want,” Kraft said, via Juliet Pennington of The Boston Globe.

Last month, during an interview with NBC Sports’ Peter King, Kraft expressed his desire to see Brady remain with the Patriots. At the same time, Kraft said that Brady has “earned the right” to explore his options as a free agent after helping lead the Patriots to six Super Bowl titles, nine AFC championships and 18 consecutive seasons with at least 10 wins.

“Before the season started, it was very important to Tom that he be free to do whatever he wanted at the end of the year,” Kraft said. “You know what I said to myself? That any person who plays 20 years for this team and helps us get to nine Super Bowls, and been really selfless, has earned that right. I love the young man like he’s part of my family. Blood family. Anyone who’s done that has earned the right to control his future after 20 years. And you know, my hope and prayer is number one, he play for the Patriots. Or number two, he retires. He has the freedom to decide what he wants to do and what’s in his own best personal interest.”

While Patriots head coach Bill Belichick has not publicly discussed Brady’s upcoming free agency, NBC Sports Boston’s Tom E. Curran recently said that Belichick’s preference would be to have Brady back under center for the 2020 season.

“I think from all I have gathered, Bill would prefer to have Tom Brady playing quarterback in 2020 because it is a known quantity and it removes the doubt,” Curran said on WEEI’s “Dale & Keefe”. “They aren’t ready to have him leave. But, if he’s going to leave and it is going to hamstring other portions, if it comes to a crossroads, I think Bill can easily get his mind around saying good bye as well as he has with so many other players over the course of time.

“But, I believe his first preference would be to have it work out for another season with Tom.”

Brady endured a drop in production in 2019, posting his lowest completion percentage total since 2013 and his lowest passing output since 2016 when he played in just 12 games. Brady’s supporters point to the fact that Brady suffered the loss of several skill position players during the season. The Patriots, who started off 8-0 before falling to the Titans in the first round of the playoffs, also failed to adequately address the void left by Rob Gronkowski’s retirement.

While Brady may elect to stay in New England, he will have several options in free agency. Brady will be joined on the free agency market by fellow quarterback Philip Rivers, who decided to mutually part with the Chargers on Monday. One quarterback that will probably not end up on the open market is Dak Prescott, who will likely receive another longterm contract offer from the Cowboys before the start of free agency.

What does Kraft’s words mean with regard to Brady’s future? While Brady surely appreciates Kraft’s loyalty, rest assured that he will ultimately do what he feels is best for him and his career. That may mean returning to New England, but it could also mean joining Joe Montana and Peyton Manning as great quarterbacks who finished their careers elsewhere.