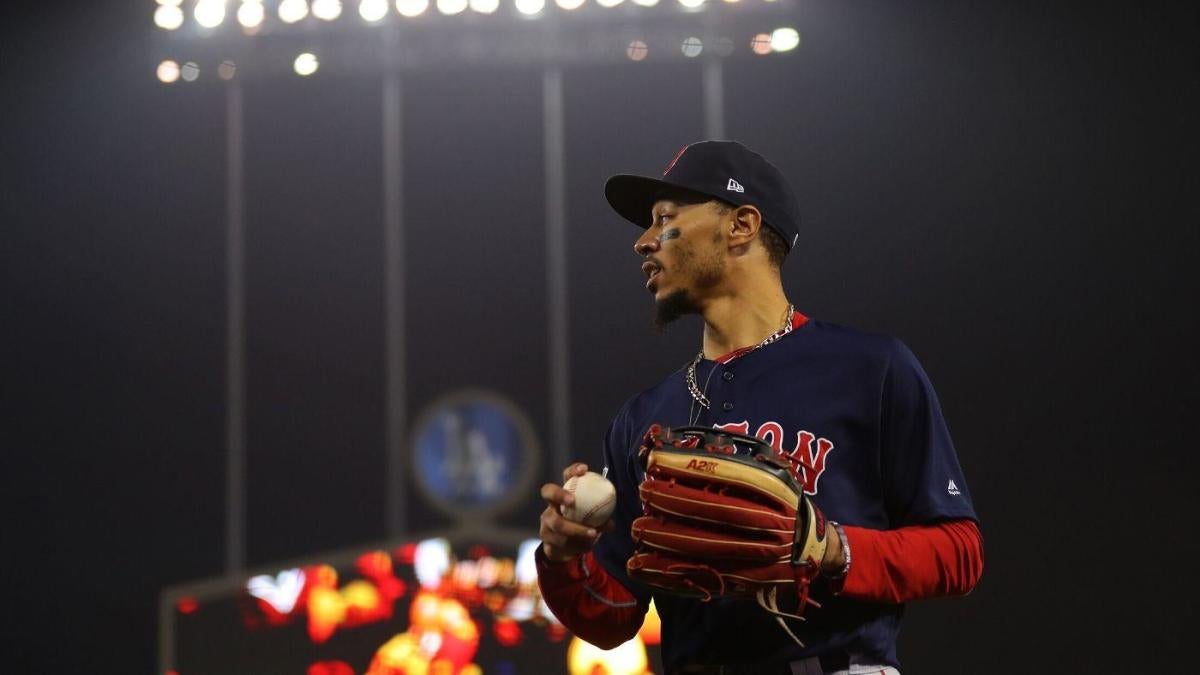 Leaving a World Series contender for a Red Sox team in turmoil may not seem great, but, for a young player like Verdugo, it’s a blessing. He is no longer stuck behind a stacked outfield in Los Angeles — in addition to Betts, the Dodgers have reigning NL MVP Cody Bellinger, Matt Beaty, Enrique Hernandez, A.J. Pollock, and Chris Taylor as outfield candidates — and now has a clear path to playing time with the Red Sox. Verdugo figures to replace Betts in right field and he does not have to worry about platoons or getting sent to Triple-A because the roster’s full. The trade is a good opportunity for him.  After weeks of rumors, Mookie Betts was finally traded Tuesday night. The Boston Red Sox have decided to deal the former AL MVP to the Los Angeles Dodgers. In what initially was a three-team trade involving the Minnesota Twins, separate and connected deals between the Red Sox and Dodgers and the Twins and Dodgers were reportedly completed Sunday evening. Here are the details of the revised pair of deals that lands Betts and David Price in Los Angeles:Like I said earlier, the Dodgers would’ve gone into 2020 as overwhelming NL West favorites with or without Betts. Now they have him, and now they’re that much better. The next best team in the so-called Senior Circuit is … the Braves? The Nationals? Maybe the D-Backs? The Dodgers are in a tier of their own now. That doesn’t guarantee them anything (see: the 2019 NLDS), but the Dodgers are very formidable. Maybe moreso than ever before, the National League path to the World Series goes through Los Angeles.  How did it come to this? Less than 12 months ago it seemed Betts would be a lifelong Red Sox player. Betts was the reigning AL MVP and the centerpiece of a World Series team. He’s great, he’s young, and he’s a fan favorite. How do you not re-sign that guy? Instead, the Red Sox have traded Betts, and it seems unlikely they will be serious players to sign him as a free agent after the season. Mookie was Boston’s best player since peak Pedro Martinez. Now Red Sox fans will have to watch him chase a championship with another team because ownership wouldn’t open its wallet to keep a homegrown superstar. What a bummer.

The path to the AL East title just got that much easier. The Rays and Yankees will each play the Red Sox 19 times this season and they no longer have to worry about facing Betts in those 19 games, or in the American League bracket of the postseason. Sure, they could face Mookie and the Dodgers in the World Series, but the chances of that happening are small. Those 19 games against the Red Sox are guaranteed. A World Series matchup with the Dodgers is not. I’d happily trade not having to play 19 games against Betts in the regular season for possibly having to face him in the World Series.

Betts, 27, is on the short list of the game’s elite players, and he will become a free agent after the season. He’s in position to command a contract in the 0 million range. The Red Sox were apparently hesitant to meet his asking price, so they sent Betts to the Dodgers for a package of future assets rather than continue trying to re-sign him.

There is a strong belief within the industry that Graterol is a reliever long-term. Potentially a very good one, but a reliever. Minnesota cashed him in as a trade chip to get Maeda, an established league-average starter signed very affordably through 2023. The Twins are ready to win right now and Maeda helps them do that. They don’t have to wait for Graterol to find himself at the MLB level and carve out a role. They know Maeda can start (or relieve) and have an impact in 2020. Nice work by the Twins addressing a major need by turning a talented but flawed prospect into a reliable big-league starter.

It was only two years ago that the Red Sox won a franchise record 108 games and the World Series. Things have gone downhill for Boston since then. The Red Sox missed the postseason last year and are being investigated for a sign-stealing scandal during that 2018 World Series season. That scandal has already cost manager Alex Cora his job. MLB will surely interview Betts as part of its investigation (if the league hasn’t already), so he’s not completely out of the woods yet, but he gets something of a fresh start. Also, Mookie is now on a World Series contender in a huge market. Could be worse.

Loser: Rest of the National League

The Dodgers would have gone into 2020 as the overwhelming favorites in the NL West with or without Betts. That’s not meant as a slight on the much improved Diamondbacks or the up-and-coming Padres. It’s just that the Dodgers are that good and that deep, and now they’ve added one of the game’s premier players. They’re a juggernaut.

I mean, duh. When you add one of the game’s best players (and a good veteran starter) and don’t surrender either of your top two prospects (Gavin Lux and Dustin May), you’re a winner. The Dodgers added Betts to an already potent lineup — and an already potent defense, it should be noted — and have erased the sour taste left in the mouths of fans after missing out on Gerrit Cole, Anthony Rendon, and Stephen Strasburg. It’s a good day in Chavez Ravine.

As is always the case with a transaction of this magnitude, there are multiple winners and losers to the Betts trade. Let’s break down both groups.

Boston just traded one of the best players in baseball for an outfield prospect with a back injury, a pitching prospect who might end up in relief, and payroll flexibility they can’t even use right away because the offseason is over and free agency has been picked clean. That gets a yikes from me. Even with his free agency looming, Betts had enormous value. Look at the Paul Goldschmidt trade. One year of Goldschmidt fetched a good starter (Luke Weaver) and a great catcher (Carson Kelly), plus more. Betts is better than Goldschmidt and he returned two prospects and salary relief. I don’t like it for Boston. Not at all.