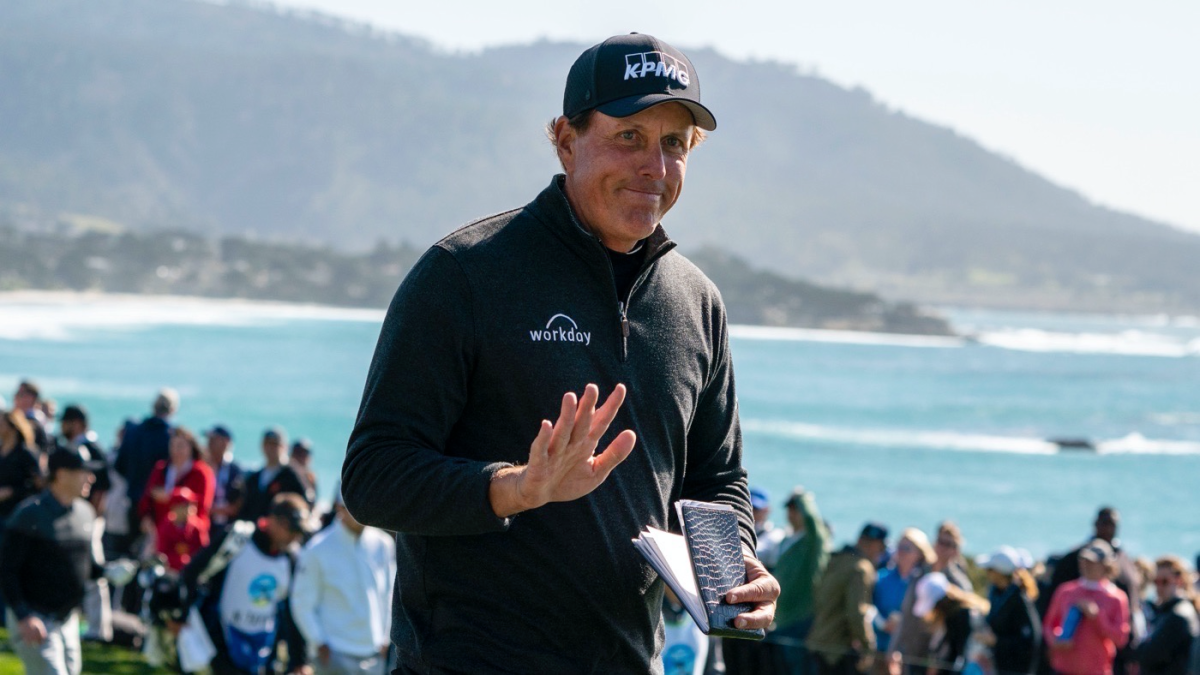 The focus on Sunday was on the AT&T Pebble Beach Pro-Am, as it should have been. Phil Mickelson was going for win No. 45 and names like Jason Day, Patrick Cantlay and Jordan Spieth littered the leaderboard.

I do want to talk about Lefty and his third-place finish a bit more, but there were also a lot of other things going on in the world of golf over the weekend (and into Monday). We’ll touch on a few of those as well as a bit on why this week might be my favorite of the year so far as the PGA Tour heads to the Genesis Invitational.

Phil at 50: Listen, I get the pitfalls with Mickelson. He’s been lousy for a year, and the data is not kind. However, sometimes I wonder if we under-appreciate him contending at all at the age of 49 in a year in which he’ll turn 50. He’s finished third in back-to-back weeks on the European Tour and PGA Tour with a real chance to win on Sunday at Pebble Beach.

Only two golfers have ever won PGA Tour events 30 years apart, as Mickelson was trying to do on Sunday. Here’s the list of the seven players who have won 25 or more years apart.

Tiger Woods, if you’re wondering, is currently at 24 years. With a win this year, he would join the Nicklaus club (yet another Nicklaus club he would be part of).

But for Mickelson, to be that great for three (!) decades is remarkable. The signs are there that he’ll drop off at some point — and I suspect his second half of the season won’t be as good as his first half — but he’s been playing as well as anybody in the world over the last few weeks. And more importantly, he’s been playing at more or less the same level for the last 30 years (almost as long as I’ve been alive!). That’s certainly something we should champion more than we do.

“These last two weeks have been good strides,” Mickelson said on Sunday. “I got off to a rough start, knowing I’m playing well, but not focusing properly the first two weeks, missed the cut and now I’ve had two third-place finishes and I’m going to continue to build on that and give myself more chances. And I’m having a ton of fun, it’s just really fun having a chance.”

Lee-Lee: It happened on the other side of the world so you may not have noticed, but Min Woo Lee won the Vic Open in Australia and rose to No. 131 in the world as a result. Maybe even more remarkably, he’s not even the best golfer in his own family. His sister, Minjee Lee, is ranked No. 9 in the world and finished two shots out of a playoff in the same event as her brother (men and women play the same course at the same time at the Vic Open). How insane would it have been if both golfers would have won the same event in the same week?!

Rory back to No. 1: With a loaded field heading to Riviera for the 2020 Genesis Invitational, Rory McIlroy is the top dog once again. McIlroy comes in as the No. 1 player in the world for the first time since 2015, and I can’t stop thinking about this tweet from Sean Martin.

The guy I led with — Phil Mickelson — was never ranked No. 1, and in the same way we should more often celebrate his storied 30-year career, we should also celebrate being the best in the world a span of eight years (first in 2012 and now in 2020). How many other athletes in other sports could say with a straight face they were unequivocally the best in that sport eight years apart? Is the list LeBron James and … Tom Brady? Maybe Roger Federer? Messi? Rory is up there with all those guys.

With two more weeks at No. 1, by the way, McIlroy will have held No. 1 for the third-longest period of time ever, trailing only Woods and Norman.

PGL charges forward: I talked with Geoff Shackelford last week on the First Cut Podcast about some of the ins and outs of the Premier Golf League and what it could look like in the future. As a quick reminder: The proposal is a 48-player league that has both an individual and team component that would guarantee superstars bigger paychecks that are more in line with what other sports offer. Also, there is the possibility of star players owning franchises, which would be the initial appeal (equity) that could lure them to the PGL.

Because of the ambiguity, and because at this point it could still be anything we dream it to be, I cannot get enough information about the league. Shackelford wrote about what the team concept might look like here, and I think that’s the big appeal for me. Can you imagine the drama of Tiger Woods — owner of the Jupiter Jaguars — needing Billy Horschel to finish par-par for the first team title, and Horschel finishes bogey-bogey? Maybe I’m overstating this, but it feels like a thing we would be talking about for a long time and how all the machinations of it — should Horschel be replaced by a player from a feeder league? — could play out.

The odds of all of this happening are still low, but there’s enough behind-the-scenes buzz to keep it in the conversation at least for the rest of 2020.