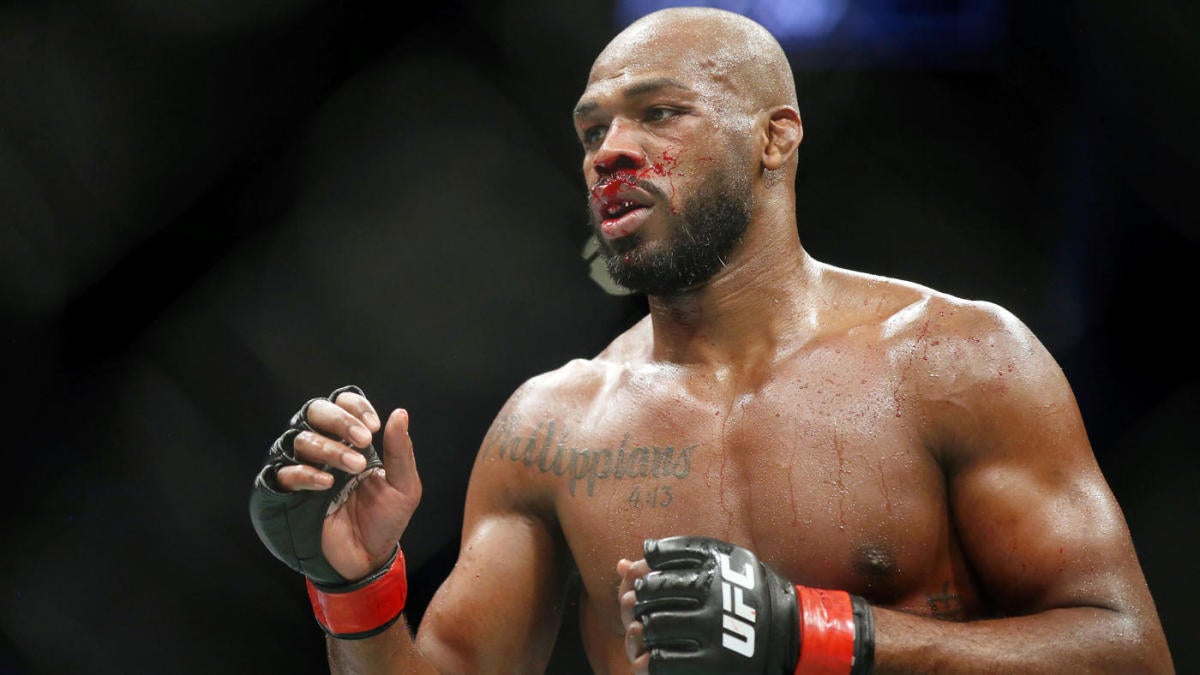 Until the main event of UFC 247 rolled around, the event had gone mostly according to script. The on-paper shallow card had played out the way you’d expect, with a few entertaining scraps, some snoozers and a dominant Valentina Shevchenko title defense. Then, as the opening bell rang for the light heavyweight title fight between champion Jon Jones and challenger Dominick Reyes, everything changed. Reyes surprised by pressuring Jones early and seeming to take the first two rounds from the champ in a wild brawl.

As the world waited for the official scorecards to be read after a strong Jones comeback in the “championship rounds,” it seemed Reyes was on the verge of ending the near decade-long reign of Jones as the true champ at 205 pounds. Instead, fans were left scratching their heads as Jones not only won the fight on all three official scorecards, but won four of five rounds on one sheet turned in by a ringside judge. As one of the most used memes in the fight game goes, sometimes these things happen in MMA.

Let’s take a look at the five biggest storylines coming out of a suddenly memorable night of action from Houston, Texas.

1. Jon Jones looks human for second consecutive fight: Coming into the event, there was some lingering worry that Jones’ split decision win over Thiago Santos in his fight at UFC 239 last July showed a growing weakness in the champ’s game. Jones, for all his athleticism and explosiveness, is a tactical and methodical fighter who was not active enough to make a clear case against Santos in that fight. That resulted in the first time a judge had ever turned in a final scorecard that had Jones on the short end of the score. Jones has been so dominant for so long that the Santos fight seemed more like a case of a rare Jones “off night” than a larger problem for MMA’s all time greatest fighter.

Against Reyes, Jones again spent much of the fight simply getting outworked. That was, in large part, due to Reyes unloading with frequent flurries in the opening rounds and utilizing a gameplan high in footwork and movement. Jones wants to control distance and pace for every second he’s in the Octagon, and Reyes made that very difficult from the jump. Jones’ methodical style paid off in the end, with him having the energy to take over the fight down the stretch. Given the scorecards rewarding him, Jones’ gameplan worked out for him again in Houston. But it could have easily gone the other way with Jones’ second gear kicking in too late after Reyes had built up a lead over the first three rounds.

2. Dominick Reyes becomes a star in defeat: The general sentiment on social media following Reyes’ loss was that he’d been a victim of the screwball system of scoring in MMA. Valuable resource MMAdecisions.com is alternating between slow and completely down as I write this, falling under the weight of traffic as fans flood to the site to see how media scores lined up with their own view of the fight (14 tracked media members saw the fight for Reyes, six for Jones). While Reyes would certainly have rather received the championship belt after having his hand raised, there’s certainly plenty to be said for a status as the “uncrowned champion.”

Jones long ago made himself a “heel,” to steal a pro wrestling term. Though he did so through actions with real world consequences instead of storylines laid out by a team of writers. A large population within the MMA world want to see Jones lose, as though a loss will serve as some sort of karmic comeuppance for the golden boy gone bad. Reyes brought the fight to Jones and was a victim of the system. A rematch should happen — even if it might not — and it will be a bigger fight the second time around. And should Jones’ next fight involve a long-awaited jump to heavyweight or a rematch with Santos, Reyes will still head into his next outing as the division’s king without a throne. The guy who was screwed over against the G.O.A.T. There are certainly worse places for a fighter to be after losing a shot at a title.

3. One of the worst scorecards in recent memory: When the official scorecards were being read and UFC announcer Bruce Buffer read off a score of 49-46, it seemed a lock Reyes had pulled off the shocking upset. After all, Jones winning three of five rounds was a tough sell. Jones winning four of five? That simply wasn’t possible to anyone watching the fight with the slightest idea how fights are to be scored under the existing system. As we all know now, that 49-46 sheet was a Jones card. Joe Soliz, the judge who turned in the inexplicable numbers, had already made news earlier in the night when he was seemingly the only person on Earth who saw the fight between Andre Ewell and Jonathan Martiez as 30-27 in Ewell’s favor.

This is a long-lingering problem in the fight game. While there are guidelines for how to score a fight, it is an entirely subjective endeavor with very little accountability by the commissions who oversee the judges. Will Joe Soliz be kept away from high profile fights in the future? Maybe, but probably not. So the question becomes: how can the sport do things better? The answer might be to employ “open scoring,” a system where scorecards are turned in and made public after every round. Fighters would be able to make adjustments on the fly with more knowledge of where things stand. It’s still an imperfect system that doesn’t prevent inexplicable scores from being turned in, but it does at least give fighters the opportunity to adjust accordingly.

4: Jones’ next move is very much up in the air: Coming into the Reyes fight, the dominant talk was that Jones was finally ready to move up to the heavyweight division to chase gold among the big boys. Had he dominated Reyes, or even won a clear decision in a competitive fight, that may still have been what fans were calling for. But he’s now had back-to-back close calls and both Santos and Reyes have compelling cases for rematches. The iron fist with which Jones has long ruled the light heavyweight division is starting to show a little bit of wear and tear. Just hours ago, Jones’ opportunity to build his lasting legacy seemed to depend on jumping up in weight. Now, that same decision could be seen as running away from the men who could claim they were cheated out of their rightful victories.

Plus, there’s the possibility of Jones waiting out both men and taking on the winner of Corey Anderson vs. Jan Blachowicz next week. Or, should he so choose to give middleweight champion Israel Adesanya his chance, a superfight between the two titleholders could mean big business.

5: Valentina Shevchenko has few “good moves” to make: Shevchenko dominated Katlyn Chookagian in the co-main event, retaining her women’s flyweight title by third round TKO. There’s no one in the division capable of challenging Shevchenko. That much seems clear. Leaving the only interesting fight for her as a move back up in weight for a third fight with Amanda Nunes. Nunes holds two wins over Shevchenko already, the second a narrow split decision. A third fight would be a great watch, for sure. But moving up and losing to Nunes would do her no good. Staying at 125 and dominating doesn’t help her become a bigger star either. Unless she can move up and beat Nunes and claim the throne of “greatest female mixed martial artist of all time,” Shevchenko is in a terrible spot for a dominant champion.