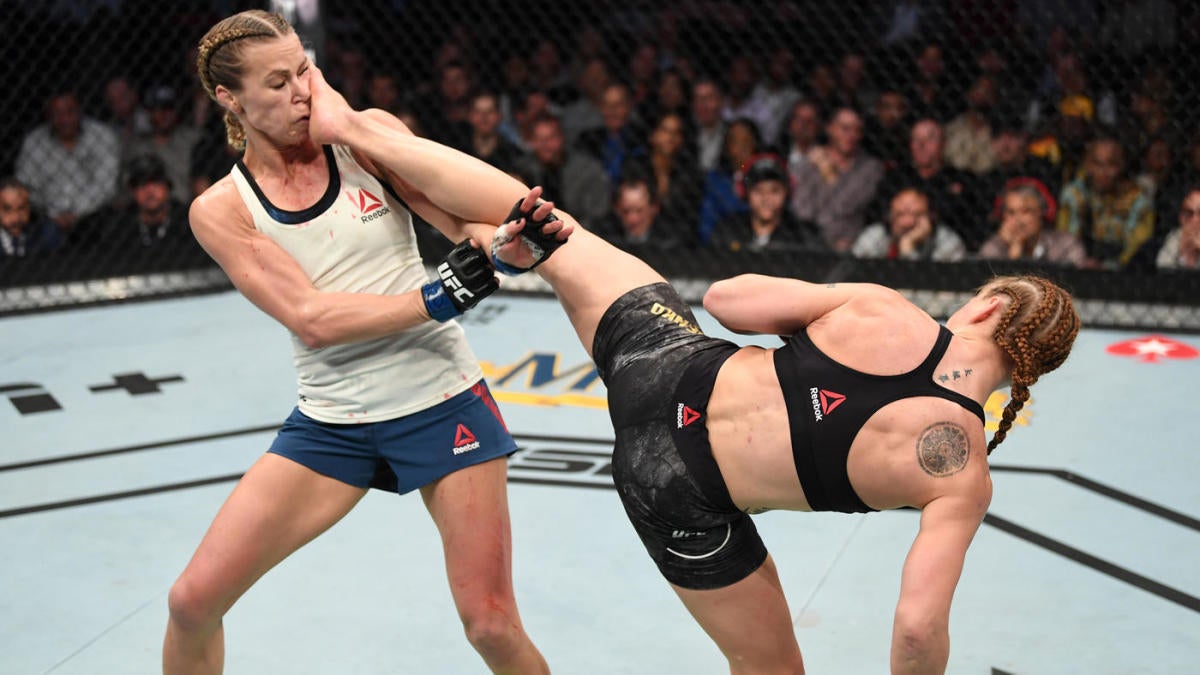 Katlyn Chookagian was facing some incredibly long odds when she challenged Valentina Shevchenko for the women’s flyweight title in the co-main event of UFC 247. According to Chookagian, her style, predicated on footwork and head movement, would befuddle the champion in ways the styles of previous challengers to the throne had not. In the end, the most notable Chookagian head movement came from her skull being bounced off the canvas by the punches and elbows of Shevchenko as the champion retained her title by third round TKO.

Shevchenko first neutralized Chookagian’s movement in the first round by first working hard leg kicks before taking the challenger to the canvas. She punctuated the opening frame with a brutal elbow that opened a huge gash above Chookagian’s left eye. Round 2 didn’t go much better, with Shevchenko having figured out the offensive attack of the challenger and unloading more nasty leg kicks and flashy kicks to the head before scoring another takedown.

Chookagian briefly attempted to pull guard in Round 3 before abandoning the plan. Shevchenko took her up on the idea anyway, scoring another takedown seconds later and quickly advancing to a crucifix. With Chookagian’s arms trapped and her head exposed, Shevchenko blasted away with repeated elbows and punches until the referee was forced to jump in at the 1:03 mark of the third round.

With the victory, Shevchenko made the gulf between her and every challenger in the flyweight division even more obvious. She currently ranks among the most dominant champions in the sport and the biggest question for her future is simply if there is any legitimate challenge to be had in her weight class, or if a third fight with double-champ Amanda Nunes is necessary for Shevchenko to gain the recognition deserved of such a dominant fighter.

“I feel there are a lot of talented, very good girls in 125-pound division,” Shevchenko said following her victory. “I still have to fight them. But I’m open to anything. I’m open to any fight that comes in the future.”