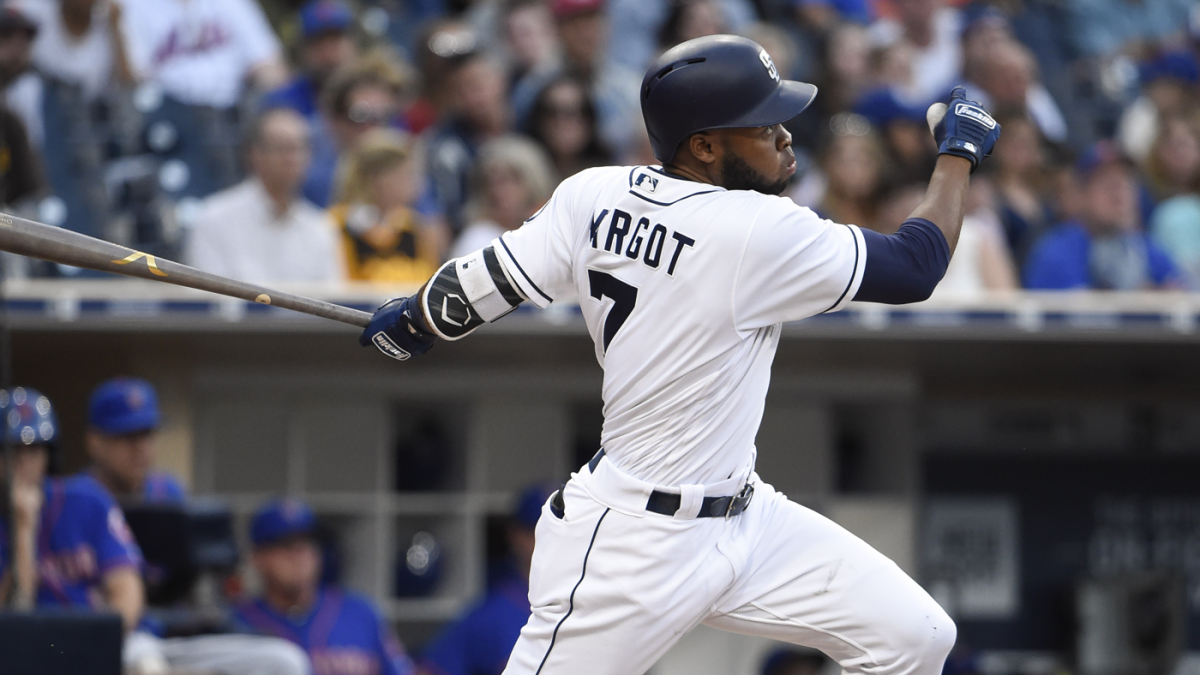 As for the Padres, they’ve bulked up their outfield by adding Pham and Trent Grisham in trades. Should San Diego stand pat the rest of the offseason, they could enter the year with Franchy Cordero as their most-days center fielder. For the second time this winter, the Tampa Bay Rays and San Diego Padres have agreed to a trade involving an outfielder. The first time, the Rays sent Tommy Pham to the west coast for a package including Hunter Renfroe. This time, the Rays have added Manuel Margot. Along with Margot, Tampa Bay will acquire minor league catcher/outfielder Logan Driscoll, while they send relief pitcher Emilio Pagan to San Diego in exchange, The Athletic’s Josh Tolentino reports.Margot, 25, is a former top prospect whose stock has dipped in recent years due to a below-average bat. In the last three seasons, he’s hit .248/.303/.394 (87 OPS+) while averaging 11 home runs and 16 stolen bases. To his credit, he has been a superior hitter against lefties, to the tune of a .775 career OPS. He’s also a high-quality defender who can go get it in centerfield. Margot has three years of team control remaining. The Rays have been focused on balancing their lefty-heavy lineup. In addition to acquiring Renfroe and now Margot from the Padres, Tampa Bay sent left-handed pitching prospect Matthew Liberatore to the St. Louis Cardinals for Randy Arozarena and Jose Martinez. The figure to make good use of the 26-player roster by running a number of platoons.Margot originally landed with the Padres as part of the Red Sox’s 2015 trade for Craig Kimbrel. The Padres also received Logan Allen, Carlos Asuaje, and Javy Guerra in that trade. Only Guerra remains with the organization, as Allen was traded to Cleveland over the summer.Pagan, 28, recorded 20 saves in 29 opportunities last season as the Rays closer. The right-hander finished the season with a 4-2 record, 2.31 ERA (192 ERA+) and 0.829 WHIP in a career-high 66 games. The Padres drafted Driscoll last summer out of George Mason University with the 73rd overall selection in the 2019 MLB Draft. Driscoll, 22, spent his first season of professional baseball with the Class A Short Season Tri-City Dust Devils. He hit .268/.340/.458 in 39 games with 20 RBI, 14 doubles and three home runs while splitting his time in the outfield and behind the plate.