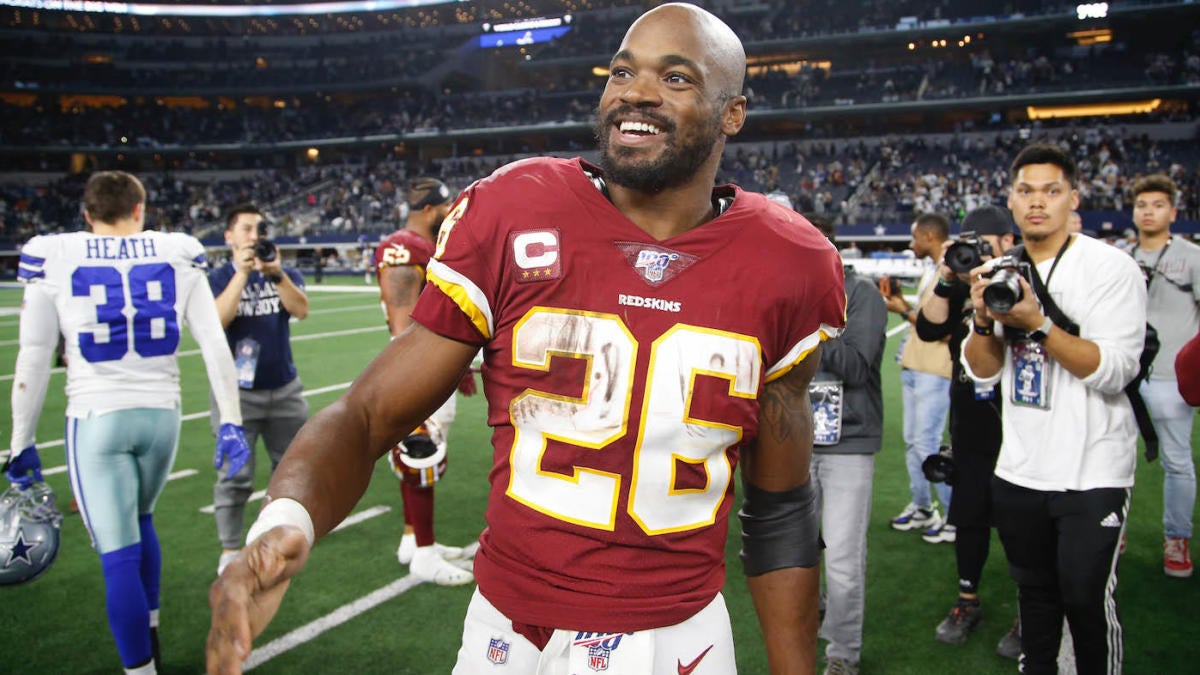 The Washington Redskins are “likely” to pick up their club option on veteran running back Adrian Peterson for the 2020 season, according to ESPN’s John Keim. The team would clear around $2.36 million if they were to cut ties with Peterson, who has a $3.1 million cap hit under this option for next season. That said, all signs do look like they will pick up his option prior to the March 18 deadline.

While the team could free up some space by releasing him, the Redskins are projected to have around $40.4 million in cap space entering this offseason (via Spotrac), so keeping Peterson under team control may be worth the investment.

Part of the emphasis for Washington to pick up Peterson’s option could simply be due to his durability. Since joining the club back in 2018, the 34-year-old has missed just one game over his tenure and that was when former head coach Jay Gruden made him a healthy inactive. His durability carries even more weight with the Redskins when you factor in 2018 second round pick Derrius Guice only being able to suit up in five games over the course of his two-year career.

Peterson, meanwhile, carried the ball 211 times this past season for 898 yards and five touchdowns for Washington. In his first season with the club in 2018, he rushed for over 1,000 yards and scored 7 touchdowns. His efforts over the course of his time with the Redskins had him move past Jerome Bettis, LaDainian Tomlinson and Curtis Martin in 2019 to currently sit at the No. 5 spot on the all-time rushing yards list. If he has a similar season to the one he had in 2018, he could push to surpass Barry Sanders for No. 4 all-time.

There’s obviously still a sizable amount of time between now and the start of the new league year, but barring any change of heart on the part of the Redskins, it appears like Peterson will be suiting up for Ron Rivera in Washington in 2020.