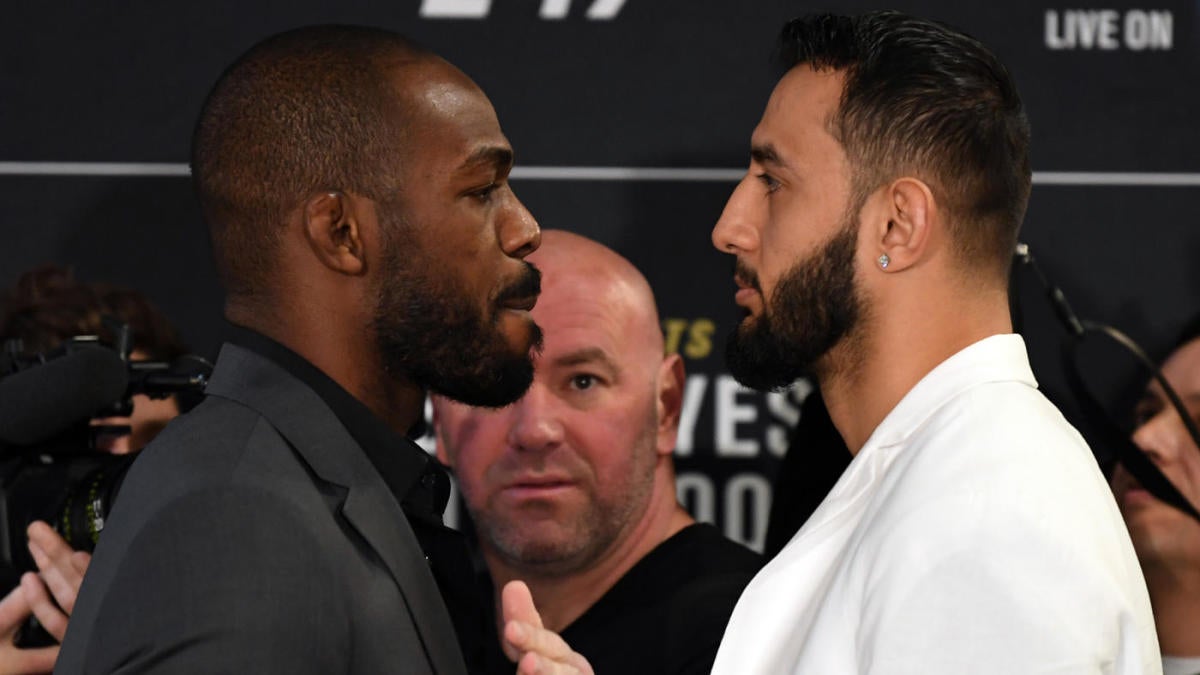 Two championship fights sit atop the UFC 247 card, with two titleholders who rank among the most dominant in the sport. Jon Jones, arguably the greatest fighter in the history of mixed martial arts, will defend against a very confident challenger in Dominick Reyes, and dominant women’s flyweight champ Valentina Shevchenko will defend against No. 1 contender Katlyn Chookagian. The action all goes down Saturday from Toyota Center in Houston, Texas.

The rest of the evening has the potential for big finishes with heavyweight knockout artists Justin Tafa, Juan Adams and Derrick Lewis all in action. A showdown between Mirsad Bektic and Dan Ige is competitive on paper and is a sneaky pick for potential Fight of the Night honors.

Get your expert picks for UFC 247 from our podcast — State of Combat with Brian Campbell — where we look at everything on the main card and get some in-depth analysis on the betting lines and angles from Brandon Wise.

Buckle up, it’s going to be a wild ride. Let’s take a closer look at the rest of the card with the latest odds from William Hill.

Campbell on why Jones will win: Reyes has all the tools to not just make this a difficult night but actually pull the upset thanks to his 6-foot-4 southpaw frame and heavy striking. He’ll need to display a number of championship intangibles to get there, though, which are elements Jones has in spades. Should Jones treat Reyes with the proper amount of respect and focus on making it as short of a night as possible, he likely will. The question ultimately comes down to intention and whether Jones allows Reyes to build a case through activity on the scorecards.

Brookhouse on why Jones will win: Knocking out a chinny Chris Weidman who was moving up in weight seems to have clouded some judgement on where Reyes is in his development. Yes, Reyes has all the physical tools needed to pull off an upset and he may well be a future champion at 205 pounds. The Weidman victory came one fight after what many consider to be a gift in a split decision win over Volkan Oezdemir. MMADecisions shows the majority of media members scoring that fight for Oezdemir. And Reyes was the fifth fighter to knock out Weidman in the former middleweight champ’s six most recent fights. Reyes is still developing and has never been in with anyone close to on the level of Jones. As long as Jones keeps working through all five rounds and doesn’t let Reyes steal points by simply doing more, this should be another successful defense for the champ.

Campbell on why Shevchenko will win: The alarming lack of depth at 125 pounds mixed with Shevchenko’s incredibly well-rounded game makes it difficult to imagine her losing, let alone facing a difficult challenge at flyweight anytime in the near future. While Chookagian will have a significant height advantage and implores an awkward style, it’s hard to imagine a legitimate path to victory. Shevchenko really is that good and can win a fight any way she chooses to.

Who will win Reyes vs. Jones? And how exactly will each fight end? Visit SportsLine now to get detailed picks on every fight, all from the expert who’s up more than $19,000 on MMA in the past year, and find out.