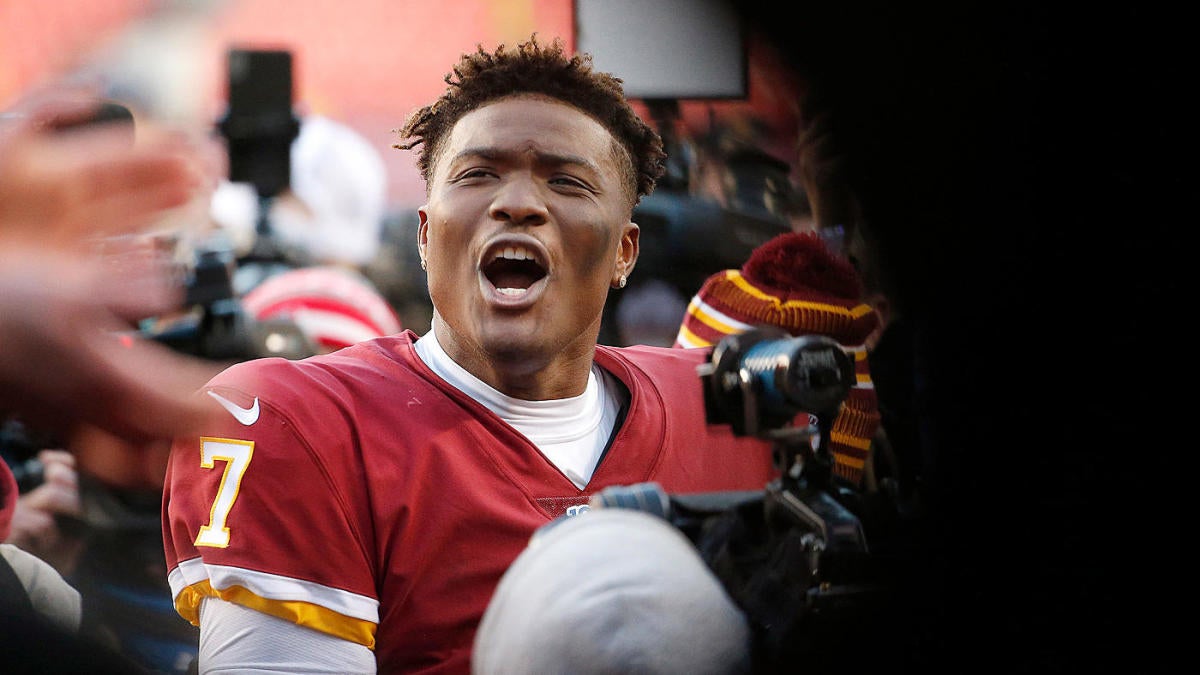 The Washington Redskins appear to have finally found a franchise quarterback in Dwayne Haskins, but new head coach Ron Rivera is going to make him work this offseason to earn the starting role. In his introductory press conference, Rivera made it clear that he wants to see Haskins emerge as a leader for this team, and to continue developing as a passer.

Who is Haskins competing with? Nobody right now. Colt McCoy and Case Keenum are slated to become free agents and Alex Smith is still recovering from a severe leg injury. Smith could end up returning this year, however, and the Redskins could always draft a quarterback or sign one in free agency.

Haskins heard Rivera’s comments and he’s ready to embrace the challenge that he’s been issued.

“That’s cool,” Haskins told reporters on Friday at a Redskins community event, via NBC Sports Washington. “I’m just going to have to work hard and eventually take it over. Just do your best to be accountable for what you have to do and be ready to go.”

Haskins passed for 1,365 yards, seven touchdowns, and seven interceptions in nine games this season. While those stats aren’t impressive on paper, Haskins took a gigantic step forward late in the season. He led the Redskins to a shocking 29-21 upset victory over the Carolina Panthers in Week 13, which ended up getting Rivera fired, and threw for a combined 394 yards, four touchdowns and zero interceptions in his last two starts.

The No.15 overall pick in the 2019 NFL Draft battled through injuries which held him out of the season finale, but Haskins willed the Redskins to two of their three victories. He was one of the bright spots in what was otherwise an agonizing campaign, and he’s ready to prove himself to a new coach.

“[Rivera’s] a guy who’s going to hold you accountable and make sure you put the work in,” Haskins said. “I’m all for that, so I’m excited.”