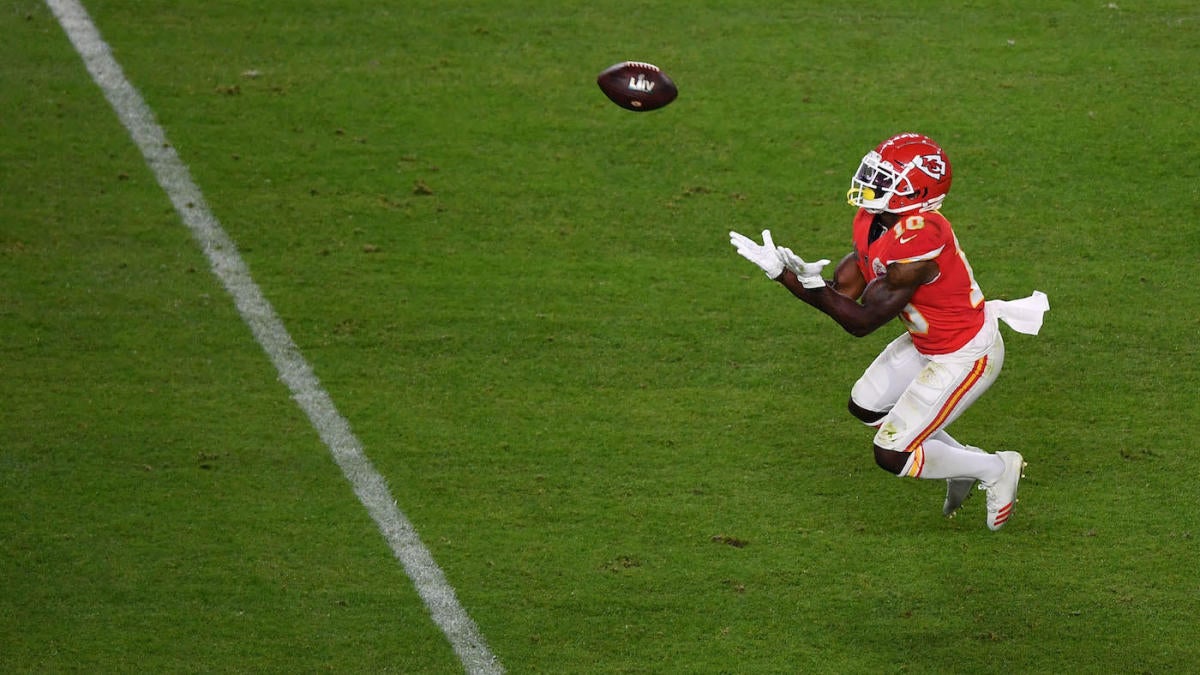 With just about seven minutes left in Super Bowl LIV, the Kansas City Chiefs were losing to the San Francisco 49ers 20-10. This is a situation quarterback Patrick Mahomes and his team was no stranger to, and this offense played its best in the playoffs when the odds of winning were lowest. Rather than hit the panic button, the Chiefs did what they do best, and found the answer in the arm of their MVP QB.

On third-and-15 from their own 35-yard-line, Mahomes called “2-3 Jet Chip Wasp” and executed it to perfection. The would-be Super Bowl MVP connected with wide receiver Tyreek Hill on a 44-yard play to keep their drive and championship hopes alive.

The play sparked the comeback and due to the significance, Hill tweeted at Madden’s official account to ask it to be added to the newest version of the game.

Madden responded saying, “Coming soon to #Madden20…” with a diagram of the play.

After the Super Bowl, Hill discussed what lead up to the play and admitted when the team was down 10, he wasn’t feeling great about how he or the team had played.

Mahomes had some time to think of Kansas City’s next play while the previous play, a Hill catch that was eventually overturned as an incomplete pass, was under review.

“Do we have time to run Wasp?” Mahomes asked offensive coordinator Eric Bieniemy, questioning whether he would have enough time in the pocket against San Francisco’s pass rush to let the play develop and get the ball down the field.

That any down and distance ended up being that third-down play after the previous Hill catch was ruled incomplete.

The offensive line held up while Mahomes found space in the backfield, allowing Hill to get downfield on a play that put the Chiefs’ three best receivers on the same side of the field and relies on the speed of the “Cheetah.”

Hill didn’t get the nickname “Cheetah” by accident and he showed off his speed when it mattered most beating out the 49ers defenders, who’s zone defense was rarely exposed like this during the season.

The Chiefs had used this play the prior season in the AFC Championship, where it worked as well, and got praise from New England Patriots Devin McCourty who said after being bested by Hill, “They got us on that one … I mean, that’s a good route.”

This “good route” is now available to football fans who can have their own comeback moment, in Madden rather than on an actual field.