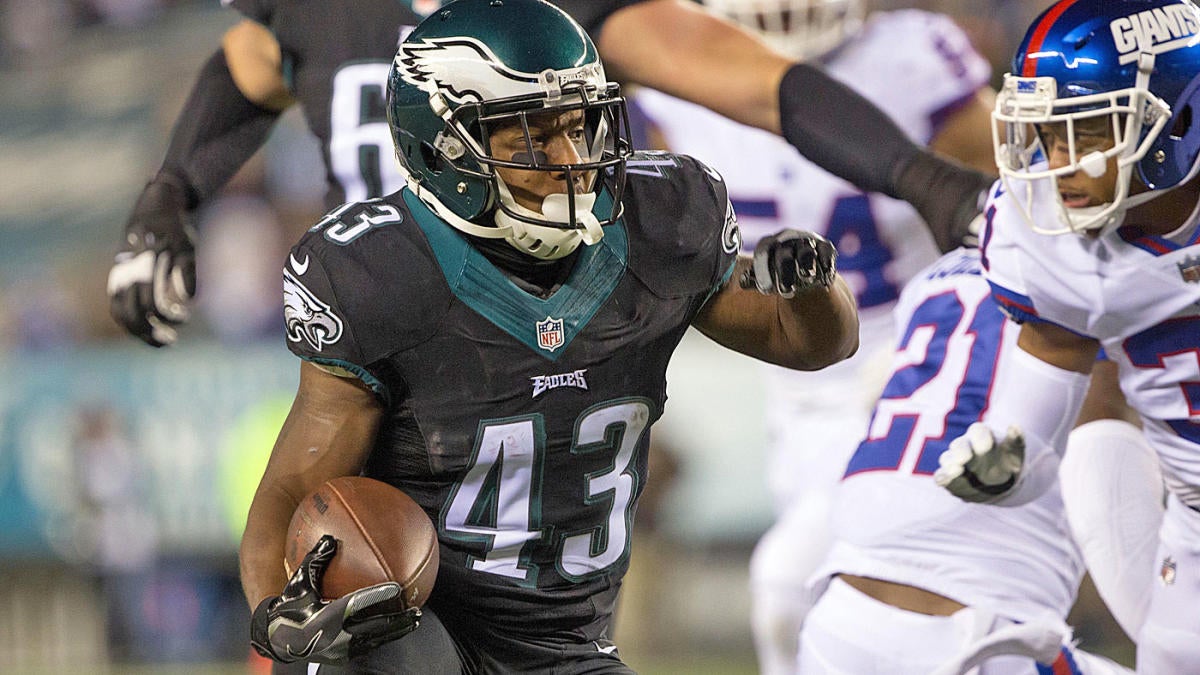 Darren Sproles‘ time with the Eagles isn’t over, after all. Sproles, a three-time Pro Bowl selection during his six seasons with the Eagles, will work in the team’s personnel department as a consultant, the team announced on Friday. Sproles, who announced his retirement late in the 2019 season, enjoyed a fruitful 14-year playing career that included successful runs with the Chargers, Saints and Eagles. A member of the Eagles’ 2017 championship team, Sproles amassed 19,705 total yards and 64 touchdowns.

Along with holding a career 4.9 yards per carry average, Sproles was a dangerous red zone receiving threat, with 32 career touchdown receptions. He also excelled on special teams, as he led the NFL in kickoff returns for touchdowns in 2014 and in 2015. Making Sproles’ success and longevity more impressive is the fact that he is just 5-foot-6 and 190 pounds.

Sproles wasn’t the only former Eagles player that will be joining the team’s personnel department. Former linebacker Connor Barwin, a 10-year NFL veteran who spent three seasons with the Eagles, will serve as a special assistant to the general manager. A second-round pick out of Cincinnati in 2009, Barwin spent his first four seasons with the Texans before signing with the Eagles in 2013. His best NFL season took place a year later, as Barwin earned Pro Bowl honors after recording a career-high 14.5 sacks.

Barwin, who served as an honorary captain during a regular season game this past season, has continued to call Philadelphia his home in retirement. In 2013, his first season with the Eagles, Barwin launched the “Make The World Better Foundation”, whose goal, according to its mission statement, is to “work to connect people and inspire stewardship through public space revitalization projects.”

“We’re trying to do it the right way,” Barwin said of his foundation, via the Eagles’ team website. “We are thoughtful in our approach. We’re taking our time and we’re constantly trying to prove in our process that we’re putting the people first in every project.

“The physical manifestation of it is amazing and it gives kids a safe place to play, which all kids should have access to. I’m very proud of that. I think our process and the way we do it is more thorough and challenging, but I think it makes it more worthwhile and it’s what I’m most proud of.”

Brent Celek, a former tight end who spent his entire 11-year career in Philadelphia before retiring following the Eagles’ win over the Patriots in Super Bowl LII, will also be joining Sproles as a team consultant. A former fifth-round pick out of Cincinnati, Celek is top-10 in franchise history in both catches (398) and receiving yards (4,998). As a rookie, his three touchdown receptions during the 2008 postseason helped the Eagles reach their fifth NFC Championship Game of the 2000s.

The Eagles are surely hoping that these former players can help the team return to a Super Bowl after falling short of that goal in 2018 and 2019.