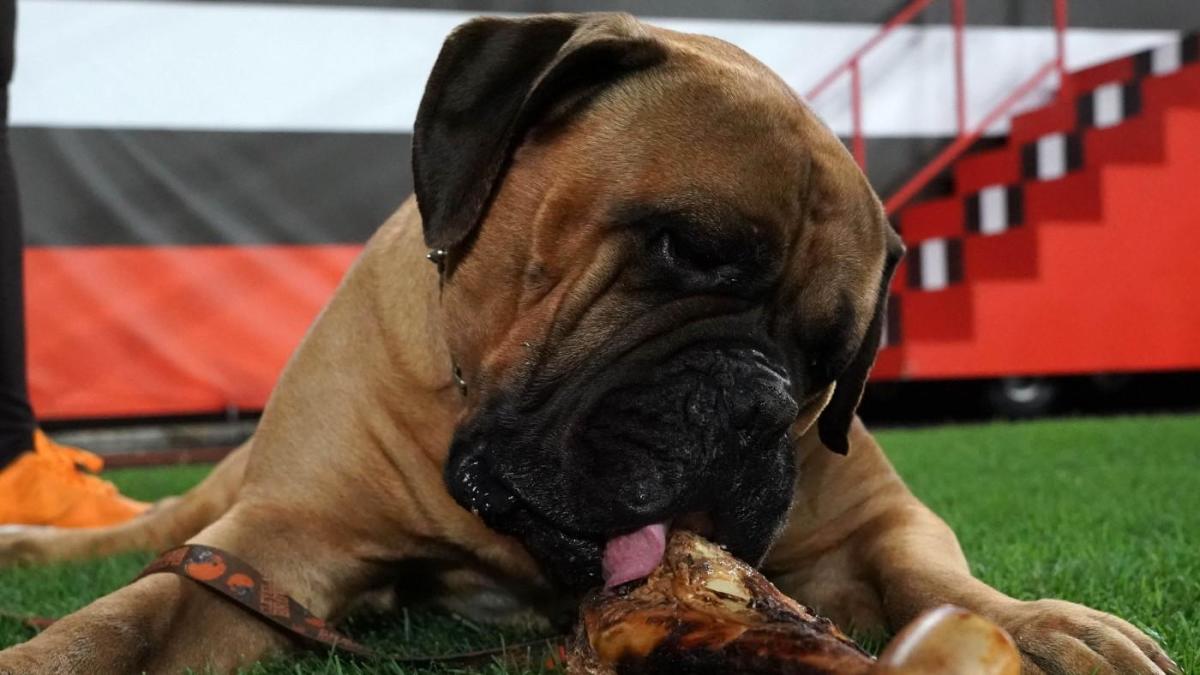 The Dawg Pound has lost one of their most adored members on Friday. Swagger, the Cleveland Brown’s live mascot died at 6 years old after a battle with cancer.

The Browns released a statement on the dog’s death saying, “We’re heartbroken by the passing of our beloved mascot, Swagger. As a constant presence on gameday and the leader of the Dawg Pound, Swagger was a proud member of our team for 6 seasons. RIP.”

The 145-pound bullmastiff stepped on to the field for the first time in the beginning of the 2014 season as a puppy.

The pup spent six seasons with the team and became a staple at many events and at the games. He showed up to greet fans on Dawg Pound Drive regularly before home games.

The only home game Swagger missed from the 2014 season to the middle of the 2019 season was the “home game” that took place in London, England against the Minnesota Vikings.

Swagger showed up at FirstEnergy Stadium ready to go and ran through the tunnel just like the team did, ahead of the games. He was granted Dawg Pound Captain status in his last game with the team.

Browns fans shared some of their favorite videos and photos of Swagger.

The dog’s legacy will live on, as Swagger’s son Swagger Jr., also known as SJ, will take over the role permanently. SJ became the starter in Week 10 of the 2019 season and will continue in 2020 and beyond.

SJ’s handler, who runs out of the tunnel alongside the dog, will be the same one Swagger had. Justin McLaughlin, the son of the operators of the farm Swagger was born at, in Ohio, will remain the figure next to the live mascot.