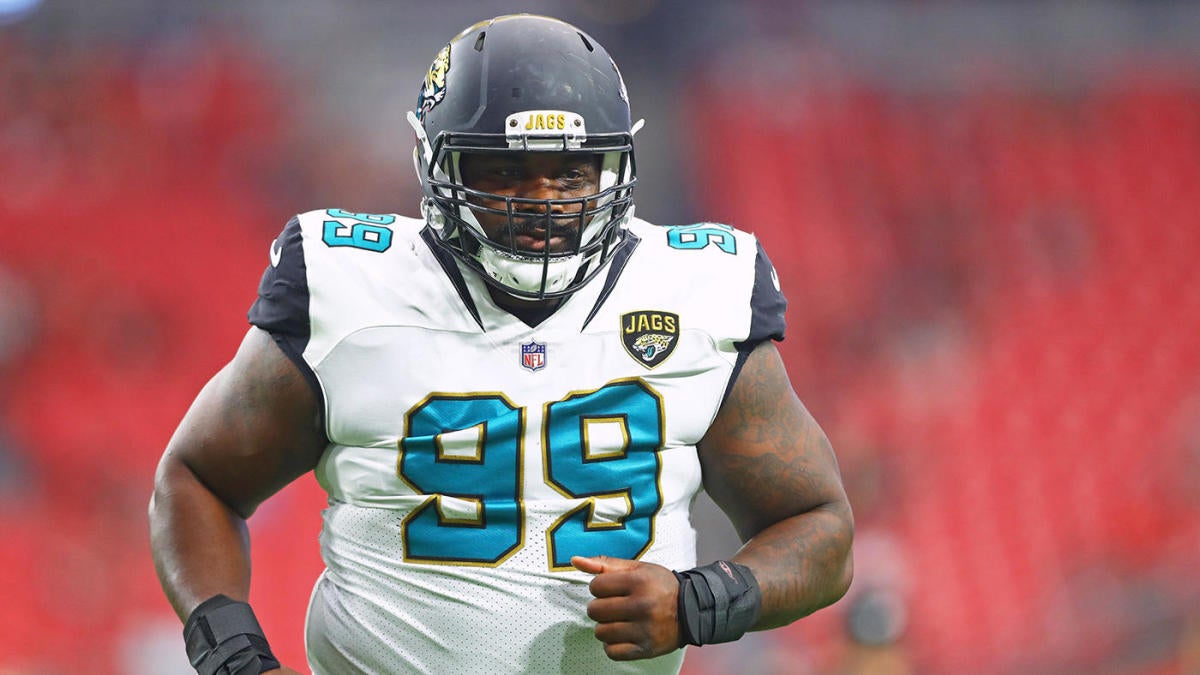 Some NFL teams, like the Miami Dolphins and Indianapolis Colts, are loaded with salary cap space entering the 2020 season.

Many of those same teams are also loaded with offseason needs, meaning they’ll have reason to spend up in free agency.

But what about the clubs hurting for cap space? What about those who might actually have to make moves in order to make more? The NFL is famously a league of parity, but one look at teams’ projected salary cap space for 2020 makes clear that some are, in fact, much better positioned than others in terms of financial flexibility. Consider, for example, that the Dolphins own more than $90 million in available cap space, whereas the Minnesota Vikings — the worst team in terms of cap space — are $12 million over the cap, meaning they’re roughly $112 million behind the Dolphins in terms of available money.

In advance of 2020 free agency, here’s a look at the 10 teams with the least amount of salary cap space, per Spotrac’s estimations, as well as some potential ways for the teams to free up money:

The Rams don’t really need to do much chopping to be competitive this offseason, but if they’re able to find a taker for a trade of RB Todd Gurley, they’d likely save at least $4.65 million in 2020, in addition to at least $27 million over the following three years. Gurley obviously helped L.A. turn it on when given carries late in 2019, but his long-term role remains unclear, and he just so happens to play a position that doesn’t tend to age well. The Rams could also save almost $5 million in 2020 if they were to release WR Robert Woods — something that seems increasingly unlikely in the wake of Brandin Cooks‘ injury-riddled 2019 campaign.

Green Bay doesn’t necessarily need to dump salary to be active in free agency, but TE Jimmy Graham seems like an inevitable cap casualty with an $11.6 million hit in 2020. The Packers can save roughly $8 million of that by cutting the under-performing receiver. Outside of a major and unexpected shakeup along the offensive line, there aren’t many other ways for Green Bay to save a big chunk of money, though plenty of reserves could be released in order to give the team a little more financial flexibility.

The Niners have no shortage of options to free up space and spend big in an attempt to defend their NFC title. After giving up high draft capital for pass rusher Dee Ford, it’s unlikely San Francisco will part with the former Chiefs end, but the team can save more than $9 million by cutting him and leaning more on Nick Bosa. They could also recoup about $4 million by saying farewell to former first-rounder Solomon Thomas at the same position. Axing RB Jerick McKinnon seems like a real possibility following Raheem Mostert’s postseason emergence, considering his release would save San Francisco $4.5 million in 2020. Oh, and just in case you’re wondering, the Niners aren’t moving on from QB Jimmy Garoppolo weeks after he started in the Super Bowl, but if they were to cut the signal-caller and try to upgrade under center, they’d free up about $22 million.

The Super Bowl champions aren’t hurting for cap space, but if they want to be bold in defending their title, the first thing they can do is get WR Sammy Watkins to take a pay cut — or part ways with him altogether. Cutting the veteran target would instantly save the team $14 million in 2020. And, honestly, unless they’re prepared to do something crazy (i.e. stupid) like cutting Patrick Mahomes‘ left tackle, Eric Fisher, there aren’t many other obvious ways for Kansas City to shed big chunks of salary.

The Bears can finally save money by getting out of TE Trey Burton’s deal, but the potential 2020 savings aren’t substantial enough to warrant cutting ties just yet. Veteran CB Prince Amukamara could be a candidate for release, however, considering he’s due $10 million entering his age-31 season. That’s not an unreasonable number for a starting CB these days, but if you’re Chicago and wanting to spend big elsewhere, saving all but $1 million of that total by releasing Amukamara isn’t a crazy idea. If the Bears want to remake the WR spot or extend Allen Robinson with big bucks, they can save a combined $9-plus million by cutting both Cordarrelle Patterson and Taylor Gabriel.

The easiest way the Saints could rack up some extra cash for 2020 is by ending their Janoris Jenkins experiment. The team obviously felt strongly enough about the veteran CB to claim him late in 2019, but it would save $11.25 million — without any dead-cap penalty — by releasing him and going younger in the secondary. Cutting 32-year-old fellow CB Patrick Robinson, who’s missed time in each of the last two seasons, would free up an additional $3.65 million in 2020. LB Kiko Alonso is also rather replaceable and is fresh off his third career torn ACL, so axing him and saving almost $8 million this year seems like an easy decision.

The Falcons aren’t really in a position to be giving away anyone who can help lead their defense in 2020, but if they’re serious about making a splash in free agency, CB Desmond Trufant could be someone to dangle in a trade, considering his $15.1 million cap hit this year. Otherwise, saying goodbye to battered RB Devonta Freeman would be a quick way to save some money — $3.5 million in 2020, to be exact. A few other veteran reserves, from TE Luke Stocker ($2.6M) to OT Ty Sambrailo ($3.75M), would also free up space if released this offseason.

Marcell Dareus is one of the most established names on the Jags’ roster, but he’s missed 18 games in three years with the team, he’ll turn 30 in March, and he’s due $22.5 million in 2020, accounting for more of Jacksonville’s cap space than all but QB Nick Foles. If the Jags just outright cut him, they’ll save all but $2.5 million of that 2020 number. In other words, he’s probably a goner, barring a drastic restructure. If you’re wondering about Foles, don’t wonder too long, because the Jags would actually lose $11.75 million if they were to cut their QB in 2020. WR Marqise Lee, on the other hand, also makes sense as a possible cut victim after another quiet year; he’s due $8.75 million this season, and Jacksonville could recoup $5.25 million of that by releasing him.

The Steelers could easily massage veteran contracts to get under the cap at their current 2020 number, but if they’re looking to spend even a decent amount in free agency, they’ll probably need to do more than that. LB/S Mark Barron isn’t getting any younger or faster, so saving $5.25 million by getting out of his two-year deal seems like a no-brainer. Moving on from LB Anthony Chickillo would appear to be a possibility as well, considering Pittsburgh could save almost $2 million by cutting ties with him and finding a younger replacement. It’s probably more unlikely, but the Steelers could also opt to move on from longtime OG Ramon Foster in order to clear his $4 million salary in 2020.

The Vikings are literally over the cap entering the offseason, so they’re bound to shed salary. The most obvious way they can do that is by cutting ties with former Pro Bowl CB Xavier Rhodes, who’s due $12.9 million in 2020 after arguably the worst year of his career. If cut ahead of his age-30 season, Rhodes will save Minnesota $8.1 million — and a total of $33.7 million over the next three years. The Vikings would also be wise to consider parting ways with pass rusher Everson Griffen, or at least approaching him about a pay cut. The 32-year-old rebounded with eight sacks in 2019 but would save them a whopping $13 million in 2020 if released. He’s also due $30 million between 2021-2022. If, for whatever reason, Minnesota is inclined to take the best trade offer for WR Stefon Diggs, the savings likely wouldn’t be as drastic — perhaps as little as about $5 million in 2020.