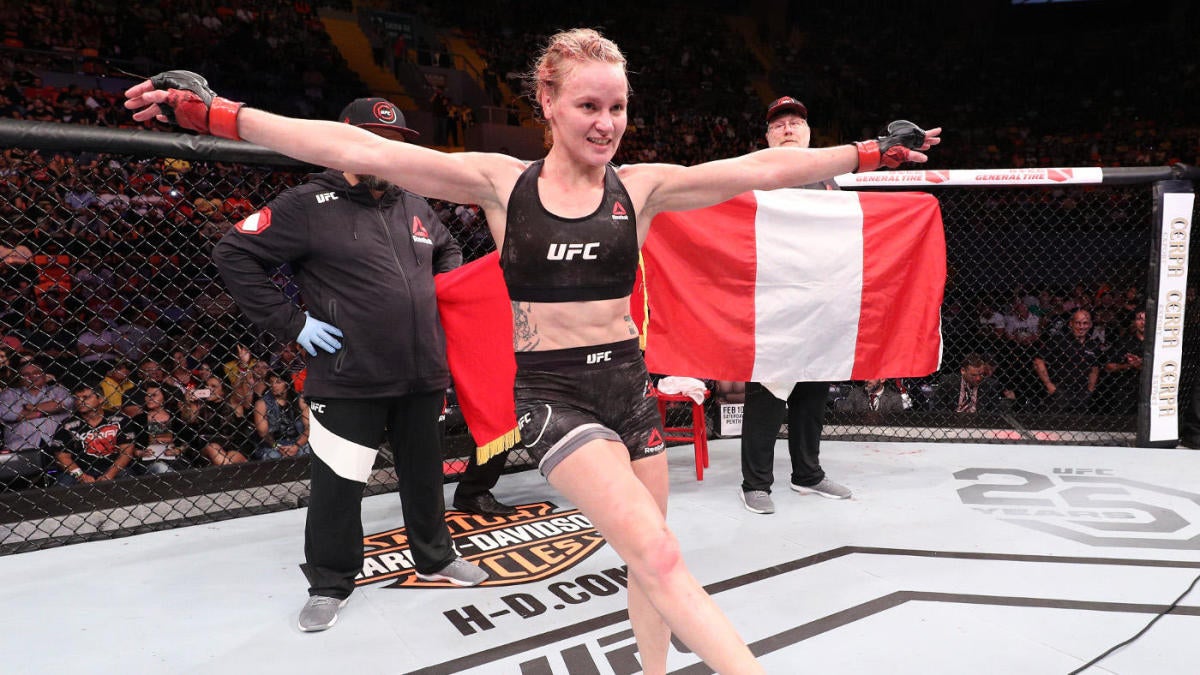 The UFC’s first pay-per-view of the year featured the sport’s biggest star returning to the Octagon. The promotion’s second pay-per-view effort of 2020 features the return of arguably its best fighter. Jon Jones will defend his light heavyweight championship in the main event of UFC 247 from Toyota Center in Houston, Texas, taking on fast-rising contender Dominick Reyes. Jones is not the only dominant champion on the card, as Valentina Shevchenko will defend the women’s flyweight belt against heavy underdog Katlyn Chookagian.

The card, which goes down Saturday, is light on fights of note beyond the top two but does have the potential to deliver some quality action depending on how fights play out. Let’s take a look at the scheduled action on the main card.

Get an early look at UFC 247 with our podcast — State of Combat with Brian Campbell — where we look at everything on the main card and get some in-depth analysis from UFC Hall of Famer ‘Suga’ Rashad Evans on what to expect from Jones vs. Reyes and Shevchenko vs. Chookagian.

Derrick Lewis -300 vs. Ilir Latifi +240, heavyweights: Lewis (22-7) has cemented himself as a top-end heavyweight but has been prone to the occasional stumble. Lewis is 10-3 in his 13 most recent fights, including some quality wins over the likes of Alexander Volkov (a knockout victory in the literal last seconds of a fight Lewis was losing on the cards) and Francis Ngannou (in one of the most disappointing fights in recent years). But he also lost to Mark Hunt and Junior dos Santos in that period, both fighters in the latter stages and downside of their respective careers. Lewis has stopping power, however, and that gives him the opportunity to beat any man on any given night.

Latifi (14-7) is moving to heavyweight after suffering light heavyweight losses to Corey Anderson and Volkan Oezdemir in his two most recent fights. Latifi is a powerhouse and a stop or be stopped fighter in many cases, but the move to heavyweight can be interpreted as a bit of a desperation move to try to find a new place to fit in on the UFC roster since a title shot at 205 feels out of reach and gatekeeper status hasn’t worked out well in his most recent outings.

Mirsad Bektic -140 vs. Dan Ige +110, featherweights: Bektic (13-2) picked up four wins after joining the UFC to run his record to a perfect 11-0. With that kind of success comes the inevitable jump in competition and the ultimate test of if a fighter is ready to move into the rankings and possibly more. Bektic suffered his first loss when he was paired with Darren Elkins, a rugged veteran. Bektic rebounded from the knockout loss with a pair of wins, including beating fading former title challenger Ricardo Lamas, but stumbled again in his most recent outing, a first-round TKO loss to Josh Emmett.

Ige (12-2) got his first career loss out of the way early, losing in his third pro fight. Six bouts later, he picked up a win on Dana White’s Contender Series to earn his way onto the UFC roster. After a decision loss to Julio Arce in his Octagon debut, Ige has gone on a four-fight winning streak and now meets Bektic in a fight that has significant impact on the position of two men flirting with the top 10.

Juan Adams -250 vs. Justin Tafa +190, heavyweights: To put it bluntly, this fight is shockingly low quality for a pay-per-view main card. Adams was thought of as a possible fighter to bump off controversial former NFL player Greg Hardy, but he only lasted 45 seconds when he refused to let go of a takedown attempt and got hit in the skull repeatedly. Adams’ five wins have come via TKO and he may still have some upside, but he is now 1-2 in the UFC and on a two-fight losing skid.

Tafa entered the UFC 3-0, all three wins by TKO before debuting in the Octagon against Yorgan De Castro and suffering a brutal knockout loss. This fight almost certainly brings with it a knockout, which may have landed it on the main card, but it’s far from a matchup of proven UFC-caliber fighters or, to be honest, intriguing prospects.

Valentina Shevchenko (c) -1200 vs. Katlyn Chookagian +750, women’s flyweight championship: It speaks to the dominance of Shevchenko (18-3) that she is facing an entirely legitimate No. 2 fighter in the division as such a massive betting favorite. Since 2010, Shevchenko’s only career losses came against Amanda Nunes, the consensus best women’s MMA star in the history of the sport. And the second of those losses was a split decision against the decidedly bigger Nunes. Shevchenko is on a four-fight winning streak since that second Nunes loss and has rarely looked vulnerable as flyweight champ.

Chookagian (13-2) earned her title shot on the back of a two-fight winning streak that began after a mildly controversial split decision loss to Jessica Eye. Chookagian’s two career losses are by split decision, meaning she has never clearly lost a fight in her entire professional career. What that means against a champion of Shevchenko’s caliber is to be seen, but at least at the betting window, it seems clear what is expected.

Jon Jones (c) -500 vs. Dominick Reyes +350, light heavyweight championship: Simply put, Jones (25-1, 1 NC) may have the strongest case of anyone as the greatest to ever compete in MMA. His lone career loss came in a bizarre disqualification early in his UFC career. Since then, the only man who has been able to truly slow down Jones is, well, Jones. His out-of-competition issues have been a constant source of setbacks, but he remains an undeniable force in the cage. Some have questioned if Thiago Santos managing a split decision loss against Jones in his most recent fight is an indication of a small step down in Jones’ overall performances.

Reyes (12-0) became a trendy pick for Jones’ next challenger by knocking out former middleweight champ Chris Weidman in the first round of their October 2019 clash. The win continued the undefeated start to his career, and Reyes has all the physical tools to make him seem a worthy future champion. But it’s worth remembering that Weidman has now suffered five knockout losses in his six most recent fights and moving up in weight might not have been the best move for the suddenly chinny former champ. And two fights ago, many felt Reyes deserved the loss against Oezdemir. Reyes got the split decision win and the Weidman win helped erase the doubts of the Oezdemir fight, but Jon Jones is not Chris Weidman or Volkan Oezdemir.