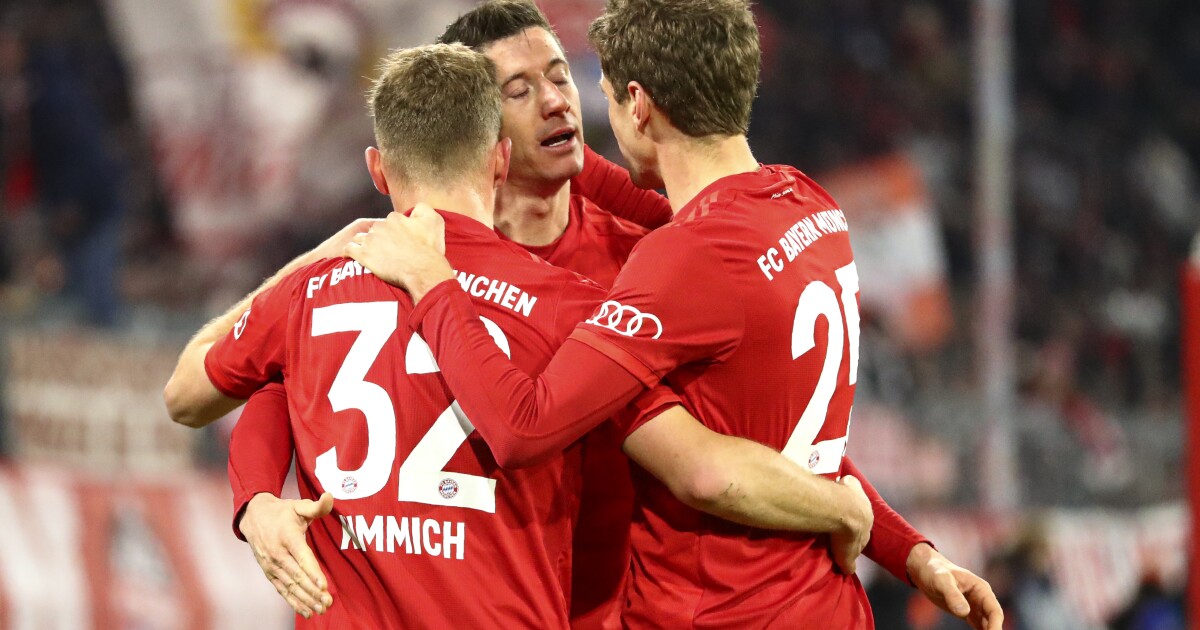 Bayern Munich needs a win Sunday to keep its tentative grasp on the top spot in the Bundesliga, while Barcelona, which has suddenly hit major turbulence, can reclaim the lead in Spain’s La Liga with a win and a Real Madrid loss, highlighting the top televised TV games from Europe’s top soccer leagues this weekend.

Bundesliga: Bayern Munich (13-4-3) had spent one week alone atop the German table this season before regaining the lead last weekend. But it will be a short stay if the seven-time defending German champions can’t beat visiting Leipzig (12-3-5) on Sunday (FS2, Fox Deportes, 9 a.m. PST). After a slow start that saw it drop as far as seventh in the standings, Bayern has finally hit stride by winning its last six league games while outscoring opponents 23-3. Leipzig, meanwhile, has won just twice in its last five Bundesliga matches to fall out of first place for the first time since mid-December. The teams played to a 1-1 draw in their first meeting this season. Robert Lewandowski, who scored Bayern’s goal in that game, leads the Bundesliga with 22 on the season, two better than Leipzig’s Timo Werner.

La Liga: These are not happy times for Barcelona, which has won only five of its last 11 matches in all competition, a skid that cost the team the La Liga lead, cost coach Ernesto Valverde his job and provoked a feud between star player Lionel Messi and Eric Abidal, the club’s director of football, after Abidal criticized the team for not working hard enough. With that as a backdrop, Barcelona (14-4-4) heads to Seville to face Real Betis (7-8-7) on Sunday (BeIN Sports, noon). This might be the matchup Barcelona needs to turn things around, because it has lost just one of its last 17 league meetings with Betis. A win would put Barcelona back atop the standings if Real Madrid (14-1-7) falters at Osasuna (6-6-10) earlier in the day (BeIN Sports, 7 a.m.).