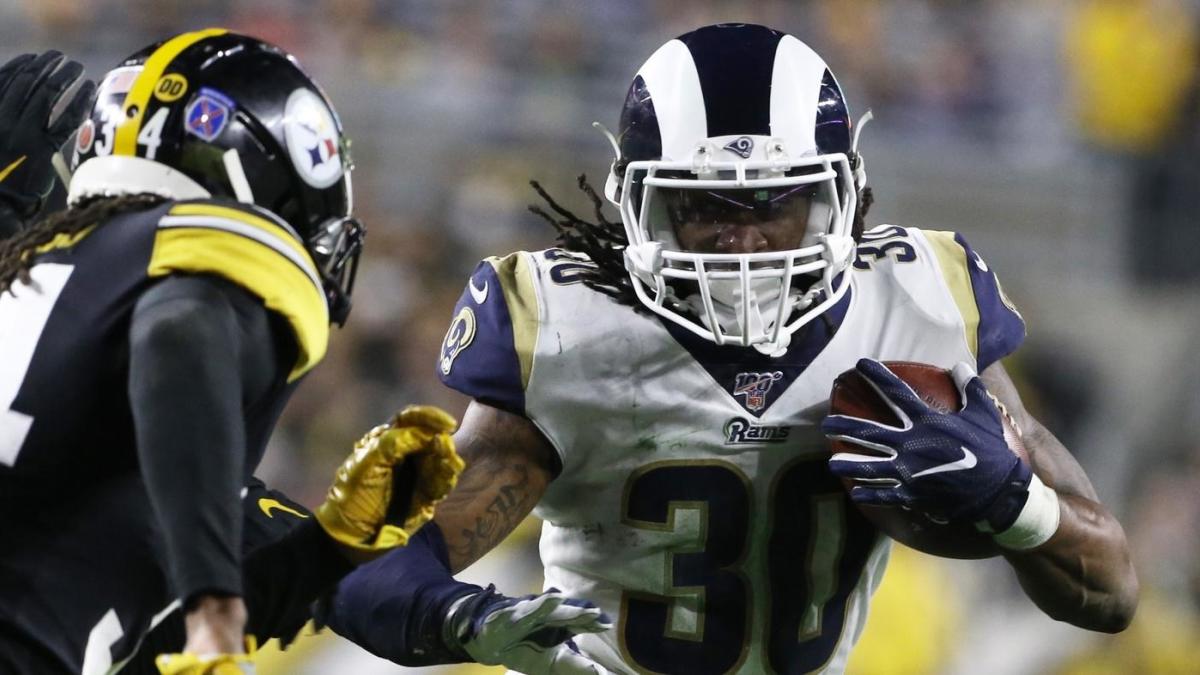 Less than two years ago, the Rams made Todd Gurley the NFL‘s highest-paid running back, coming to terms on a four-year contract that was worth up to $60 million. The contract also included a $21 million signing bonus and $45 million guaranteed for Gurley, who was coming off an All-Pro season while helping the Rams win the NFC West division title.

But after a season that saw Gurley post the lowest yardage total of his career, the Rams will meet with Gurley to discuss his future with the franchise, NFL Network’s Ian Rapoport reported on Thursday.

Gurley’s health became a question mark after Gurley’s trainer, Travelle Gaines, told CBS Sports last offseason that his client is dealing with an “arthritic component to his knee.” Gurley’s health situation became a hot-button topic after he received just 12 touches in the Rams’ loss to the Patriots in Super Bowl LIII.

“What the Rams want to do, and what coach Sean McVay specifically wants to do, is sit down with Gurley because any decision is made,” Rapoport said while adding that all options are on the table with regard to Gurley’s future with the franchise.

The clock is ticking on the Rams, as Gurley is due a $7.55 million roster bonus on Mar. 20, the third day of the new league year. According to Over the Cap, Gurley would count $25.65 million in dead money if the Rams decided to release him now, via NFL.com. It appears that the Rams’ most viable option, if they decide to move on from Gurley, would be to find a trade partner for him. But given Gurley’s salary and health concerns, that may be easier said than done.

The news regarding Gurley and the Rams comes a month after Rams GM Les Snead expressed optimism that Gurley would bounce back in 2020.

“I think we’ve seen players have years that were less than the past come back and actually get back to where they were,” Snead said, via Greg Becham of The Associated Press. “He’s still a young football player. … If you did take a step back this year, in terms of stats, I do think you can see players who do come back and get to a higher level than they were in their down years.”

When addressing Gurley’s dip in production, Snead said that the Rams, in general, need to make improvements as far as their running game is concerned, as Los Angeles finished 26th in the NFL in rushing and 27th in average yards per carry. Conversely, the Rams finished fourth in the league in passing yards, as Jared Goff threw the ball a league-high 626 times for a career-high 4,638 passing yards. While he put up prolific numbers, Goff also threw a career-high 16 interceptions that largely contributed to the Rams missing the playoffs a year after winning the NFC.

While he did not address the reasons behind Gurley’s diminished role in the offense (his 272 touches were the lowest since his rookie season), Snead said that Gurley never complained about his lack of touches. Snead also made it clear that he does not regret his decision to extend Gurley’s contract.

“I can see where you go, from an analytical standpoint, ‘OK, maybe you give him a contract and he didn’t have as good a statistical year,'” Snead said. “I do believe we believe you can’t necessarily (act like a) CEO and lead from just a spreadsheet. That’s probably the age of Madden football, and you can move people in fantasy. Those are human beings that gave a lot to this organization and deserve to be compensated.”