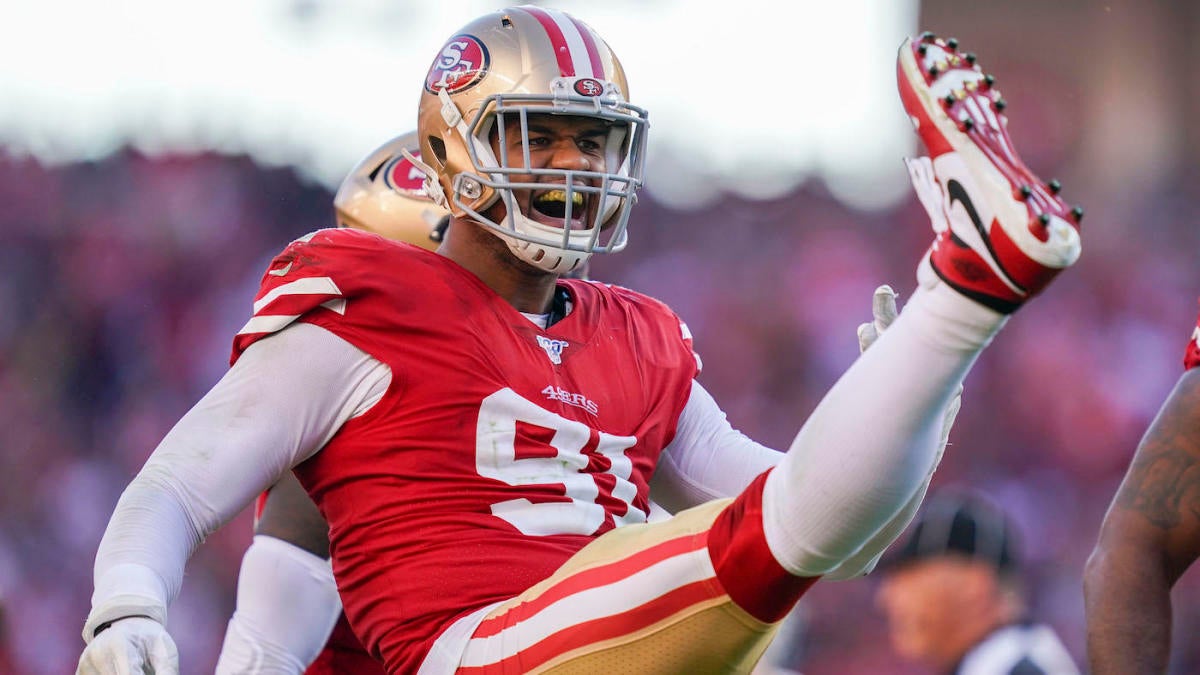 The San Francisco 49ers‘ defensive line was the backbone in its Super Bowl LIV run, finishing in the top five in the NFL in sacks with 48. The Niners’ dominant unit could be losing a major piece this offseason.

Arik Armstead headlines a free agent class for San Francisco, and it will be difficult for the team to maintain all its key players. Armstead had a career year in 2019, finishing with 10 sacks (which led the team) and a career-high 18 quarterback hits. Armstead is in line for a big payday in free agency, making things even more difficult for the 49ers to keep him.

49ers general manager John Lynch isn’t prepared to let Armstead walk, however. Lynch has admitted they could even franchise the defensive end in order to keep him, which Armstead is open toward in order to stay in San Francisco.

“Arik’s an excellent player. He’s had an excellent year. Everything is on the table,” Lynch said in his season-ending press conference. “We want to find a way to keep him and make him a part of the 49ers for a long time.”

The 49ers are cash strapped at the moment in regards to cap space. San Francisco has just $13.8 million in available cap space (per Over The Cap) and are paying over $10 million to five players heading into the offseason. Franchising Armstead would cost the 49ers $19,316,000 (per Over the Cap) while a transition tag would cost them $16,338,000. San Francisco has the option to do either with Armstead, based on the current edition of the Collective Bargaining Agreement.

Per Article 10 of the CBA: In the Final League Year, teams are allowed to designate one franchise player and one transition player. In previous years, teams could use the franchise or transition tag, not both. Since this is the final year of the current CBA, there’s different language before the CBA expires.

The 49ers would need to make more moves in order to keep Armstead, which will be a difficult proposition considering the team already has strong pass rushers in Nick Bosa, DeForest Buckner and Dee Ford. San Francisco was second in adjusted sack rate (per Football Outsiders), which gives sacks (plus intentional grounding penalties) per pass attempt adjusted for down, distance, and opponent.

San Francisco has invested heavily in the defensive line the past five seasons, finally receiving the fruits of their labor with Armstead. They don’t want to let Armstead leave, even if the 49ers have to pay top dollar in order to retain him.