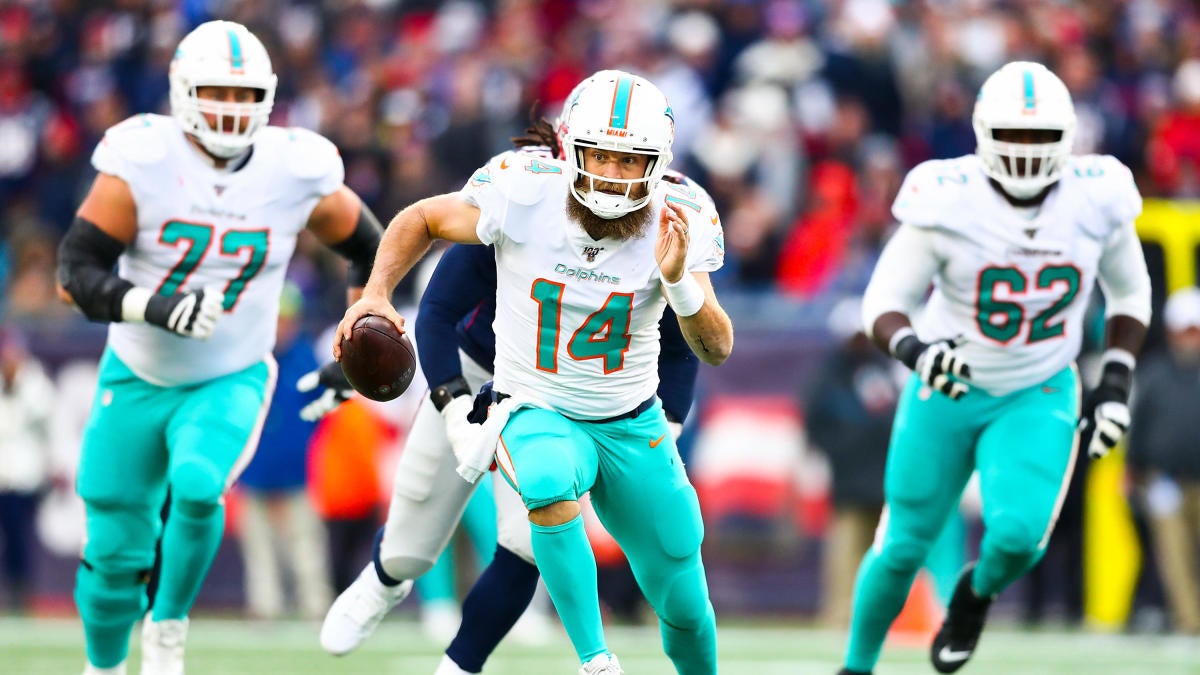 The NFL offseason is upon us and the start of the new league year (Mar. 18) is just around the corner. Several organizations are in strong financial standing as they approach the talent acquisition portion, which includes free agency and the 2020 NFL Draft. Here are the ten teams with the most projected salary cap space, according to OverTheCap.com. These numbers are based on a salary cap of $200 million, but that number could reach even higher.

Note: The salaries included in the article can be found on OvertheCap.com as well.

Miami has a laundry list of needs and a ton of salary cap room so they theoretically do not need to make any drastic changes. However, wide receiver Albert Wilson is scheduled to count $10,833,334 against the salary cap in 2020 if he is on the roster. If the team cuts him, it would cost roughly $1.3 million. They could save $9.5 million by parting with a player that had a good but not great season.

Indianapolis could save $9 million by cutting veteran quarterback Jacoby Brissett but that seems unlikely at this stage. The team’s pursuit of free agents and draft picks will provide some clues into their thought process but the draft will happen long after free agency. They could save an additional $4 million by releasing defensive lineman Margus Hunt. The focus of the offseason is more about acquiring talent than parting with it, however. One thing to keep in mind — the Colts entered last offseason with a lot of salary cap space as well and they were not aggressive in free agency despite the expectation that Andrew Luck would be their starting quarterback. There is no guarantee they will change their approach this season.

Buffalo does not have many opportunities to save money against the salary cap; the biggest would be releasing tight end Tyler Kroft. It would save the team $5 million and create a larger role for rising second-year tight end Dawson Knox. The Bills are likely to address the pending free agency of defensive end Shaq Lawson and defensive tackle Jordan Phillips. Those two players combined for 16 of the team’s 44 sacks in 2019.

Emphasis should be placed upon improving the skill positions surrounding quarterback Josh Allen.

Tampa Bay was one of the most interesting teams last offseason because they had so many obvious ways to create salary-cap space. They took advantage of two of those opportunities by releasing defensive tackle Gerald McCoy and defensive end Vinny Curry. Those two moves saved them a combined $21 million against the 2019 salary cap. The biggest splash that the Buccaneers could make this offseason is releasing linebacker Lavonte David. It would save the team $10.75 million. There are other more inconsequential moves to be made such as the release of either tight end Cameron Brate ($6 million) or defensive end William Gholston ($4.75 million).

The Buccaneers obviously have decisions to make regarding free-agent-to-be Jameis Winston and a welcomed but likely unexpected development in Shaquil Barrett, who recorded 19.5 sacks this season. Ndamukong Suh and Jason Pierre-Paul are a few of the other notable unrestricted free agents.

Dallas’ salary cap situation will be shaped drastically based on decisions regarding key free agents. Quarterback Dak Prescott, wide receiver Amari Cooper and cornerback Byron Jones are all scheduled to become unrestricted free agents. If they are re-signed, it would occupy a large percentage of their remaining salary cap space.

The team could create some flexibility if they were to release defensive tackle Tyrone Crawford. Crawford is scheduled to count $9.1 million against the salary cap in 2020 so parting ways would save $8 million.

The most obvious move to be made by Denver is the release of veteran quarterback Joe Flacco. His release would save the team $10.05 million, which is a lot to pay for what amounts to a seasoned tutor for Drew Lock. Unless the team surprisingly parts ways with pass rusher Von Miller, it should be a rather straight forward offseason. Cornerback Chris Harris Jr. and safety Justin Simmons lead the way as their most tantalizing free agents with defensive linemen Derek Wolfe, Shelby Harris and Adam Gotsis not far behind.

The reconstruction in New York is ongoing after the team’s decision to part ways with veterans Odell Beckham Jr., Olivier Vernon, Janoris Jenkins and others. Ownership determined it was in their best interest to continue employment of general manager Dave Gettleman but create a head coaching vacancy, which led to the hiring of Joe Judge. The defections will likely continue with another overhaul; the release of linebacker Alec Ogletree ($8.25 million), tight end Rhett Ellison ($5 million), linebacker Kareem Martin ($4.8 million), safety Antoine Bethea ($2.75 million) and center Spencer Pulley ($2.75 million) would net the organization an additional $23.55 million in salary-cap space catapulting them up to No. 3 on this list.

Defensive lineman Leonard Williams would seem to be their biggest free agent but even his loss is not insurmountable.

Houston exchanged essentially all of their draft capital in separate deals involving Laremy Tunsil, Duke Johnson Jr. and Gareon Conley. Free agency will be important in the alteration of their team this offseason. They have a significant nest egg but it could become even larger. Oft-injured wide receiver Will Fuller is scheduled to count nearly $10.2 million against the salary cap in 2020. If his rights are relinquished, it would save the team the full amount. They could relieve themselves even more by releasing cornerback Vernon Hargreaves. By doing so, it would save them $9.6 million.

The Texans need to strengthen their secondary and the interior offensive line. Their assets should be devoted to those units.

Jon Gruden and Mike Mayock have done well to overhaul the roster the past few years but the reclamation process continues into 2020. The speculation train is well down the tracks as it relates to veteran quarterback Derek Carr. Carr has been a solid player but may not be the solution at quarterback in Gruden’s second stint with the Raiders. If they were to part ways, it would save Las Vegas $13.6 million. The release of linebacker Tahir Whitehead would save them another $6.25 million.

Cornerback Patrick Peterson is beloved in Arizona. Why else would the rebuilding team hold onto a talented, but aged commodity? Peterson will turn 30-years-old this summer after missing the first six games of his career in 2019 due to suspension. It is unlikely that the Cardinals get rid of him because he is important for the culture they are attempting to build in that locker room. However, hypothetically speaking, his release would save them $12.55 million against the salary cap.