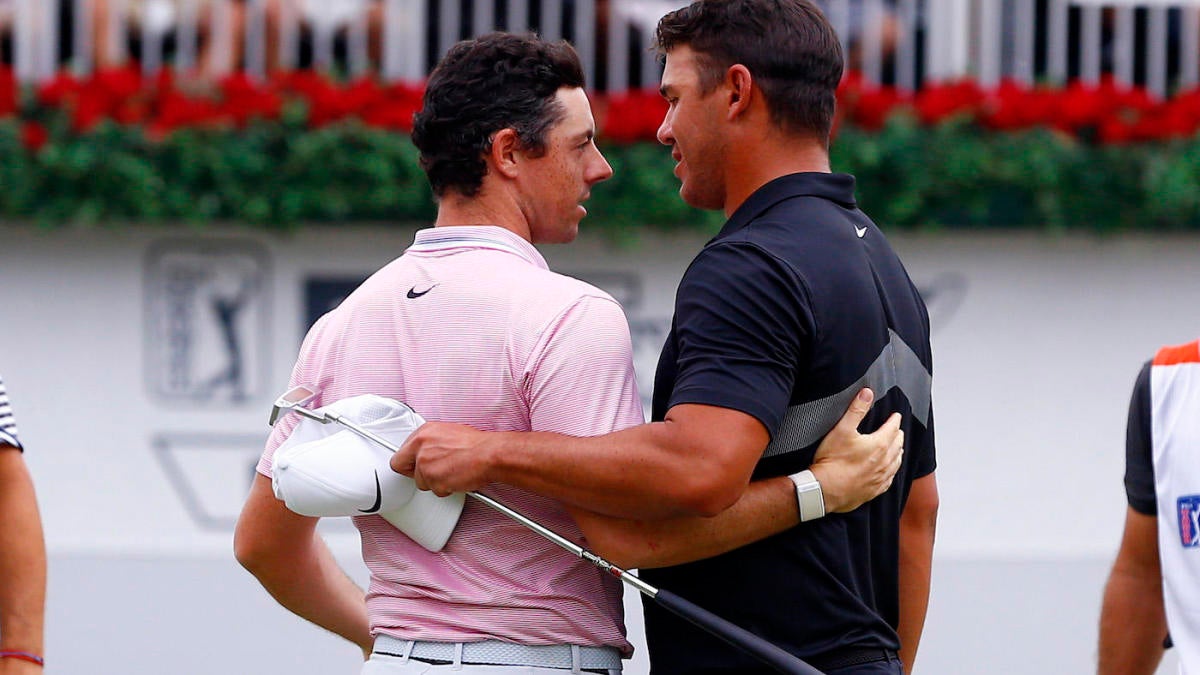 Ah, there’s nothing like digging up old golf quotes between two, uh, not rivals. Remember in the fall when Brooks Koepka — then and now the No. 1 player in the world — said there’s nothing to see with him and Rory McIlroy? Here’s the exact quote.

“I’ve been out here for, what, five years? Rory hasn’t won a major since I’ve been on the PGA Tour,” Koepka told AFP in South Korea last fall. “So I just don’t view it as a rivalry.”

Even if he did look in the rear-view mirror, he would no longer see McIlroy — then and now the No. 2 player in the world — in that reflection. That’s because, starting next week, McIlroy will take over the top spot in the Official World Golf Rankings.

Neither Koepka nor McIlroy are playing this week on any tour, but because of the way the math works, McIlroy will overtake him going into next week’s Genesis Invitational.

“I think it’s always cool when you attain that ranking for whether it’s the first time ever or the first time in a while,” McIlroy said about the No. 1 spot in the world when he was asked about it at the Farmers Insurance Open a few weeks ago.

“To be the No. 1 at whatever you do is … a pretty cool feeling. It’s a very imperfect system. You know, even that is up for debate, you know, whether the players that are at — whatever their ranking are, whether that’s a true reflection of how the players rank in the game right now.

“Everyone has different opinions on that. I don’t think it irks me or gets me annoyed if I’m not holding that position. I feel like I, you know, I go about my business and I try to do the right things all the time. If I play well enough for a sustained period of time, hopefully I get there.”

Amazingly, this will be McIlroy’s first ascension to the No. 1 spot since September 2015, which means he’ll have accumulated the most time elapsed between No. 1 rankings. Since then, Jason Day, Jordan Spieth, Justin Thomas, Justin Rose, Brooks Koepka and Dustin Johnson have all held the top spot.

That all changes next week, though, and with the way McIlroy is playing right now, it will be interesting to see when it changes again. This will be the eighth different time McIlroy has become No. 1, with his two longest stints at 32 weeks and 54 weeks. With Jon Rahm and Koepka surrounding him, this stay might not be as lengthy, but it also isn’t likely to be the last one of his career.