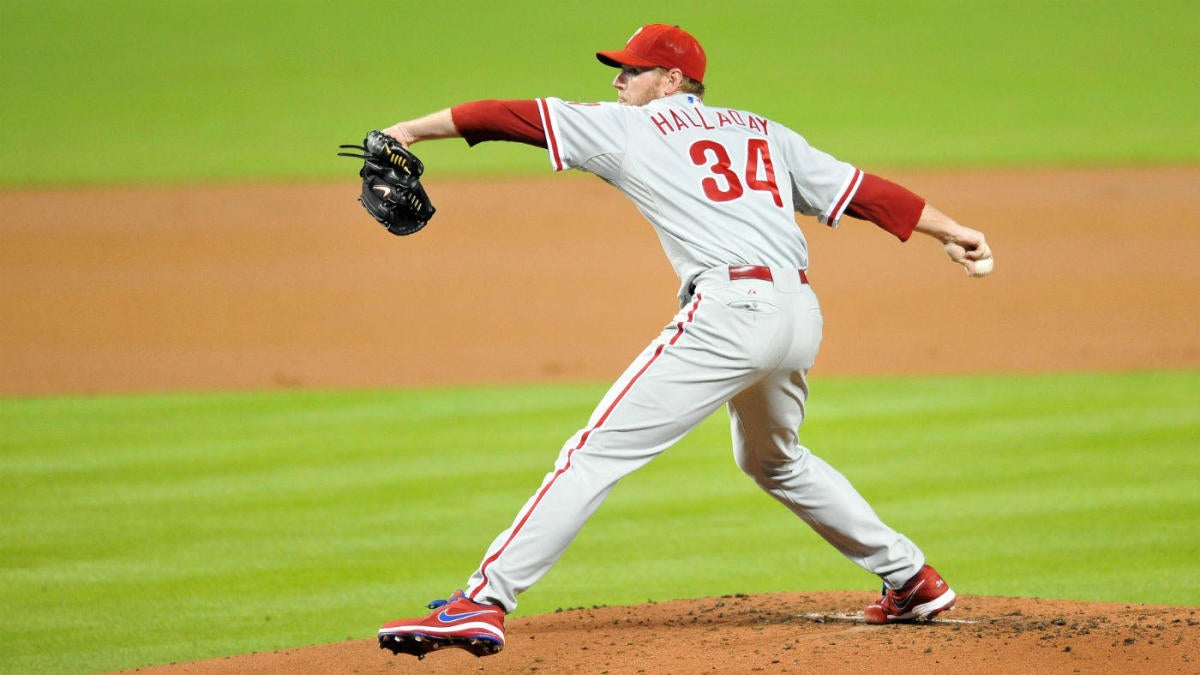 In his first two years for the Phillies, Halladay was 40-16 with a 2.40 ERA (165 ERA+), 1.04 WHIP, 2.62 FIP and 439 strikeouts against only 60 unintentional walks in 484 1/3 innings. That was good for a ridiculous 17.4 WAR in two seasons while he had 17 complete games and five shutouts. Halladay won the NL Cy Young award during the 2010 campaign and finished second in the voting in 2011 before injuries derailed his career.That was already good for one of the best two-year stretches by any pitcher in Phillies history, but Halladay also had a 2.37 ERA in five postseason starts along with the second no-hitter in playoff history — it came in his first career playoff start, mind you. He joined Jim Bunning as the only pitchers to throw perfect games in Phillies history. If we combine the regular season and postseason, Halladay is the only Phillies pitcher ever with multiple no-hitters. The Phillies have announced that they will retire the number of late Hall of Famer Roy Halladay on May 29 at Citizens Bank Park. They are the second team to retire Halladay’s number after his death on Nov. 7, 2017. The Blue Jays retired his No. 32 last season; the Phillies will retire No. 34, which he wore during his four seasons in Philadelphia. “Roy Halladay made an indelible mark on Phillies history with so many spectacular moments, including his perfect game and postseason no-hitter,” Phillies executive vice president David Buck said in a statement. “His impact on the game was evident by his induction into the Hall of Fame. We are honored to have Roy join an elite group of players to have their numbers retired by the Phillies.”May 29, 2020 marks the 10-year anniversary of Halladay’s perfect game with the Phillies. He retired 27 in a row against the Marlins a decade ago in his first season with the Phillies. The Phillies host the Nationals for a Friday night game on May 29, 2020.No Phillies player will ever wear No. 34 again.