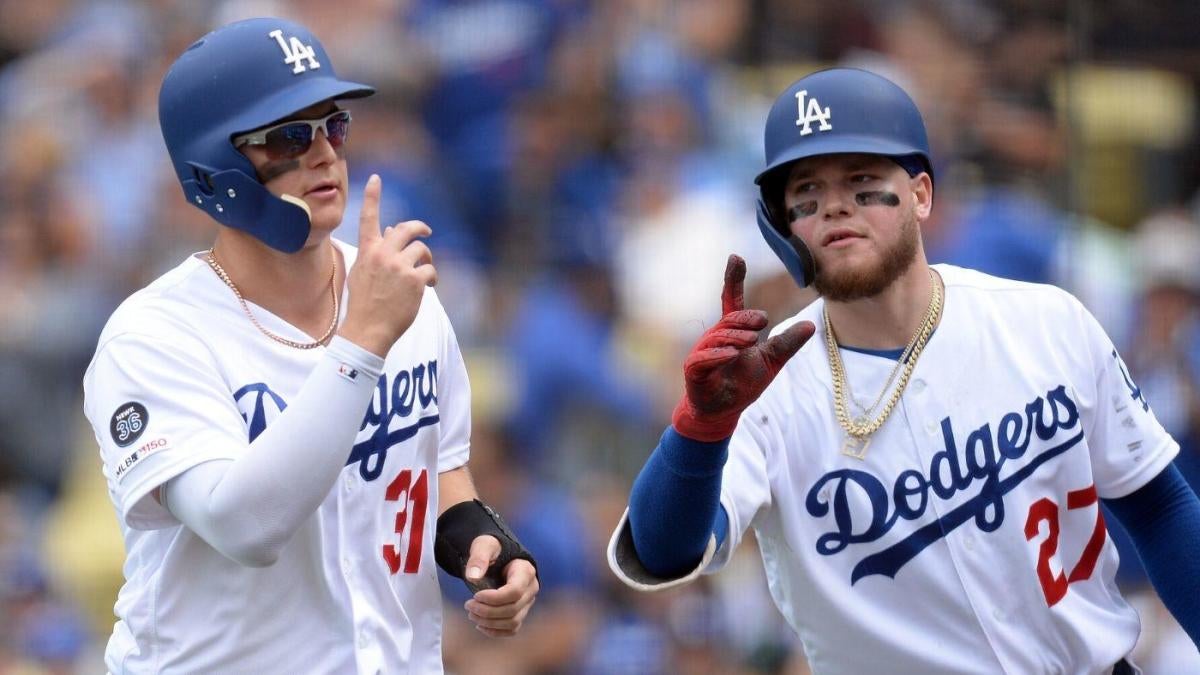 For an example of the reverb a Betts trade could trigger, let’s take a look at five outfielders who could be impacted by a deal — and not in the obvious, “may lose playing time” sense, either. Rather, these are players who could be involved in the deal, or spun off in a subsequent trade.We’ll start with Wil Myers because his inclusion in a Betts trade has already been rumored. Myers is coming off a miserable season, and he hasn’t lived up to the promise of his younger days. His involvement in the Betts talks is to serve as financial ballast, as he’s owed nearly million over the next three seasons. It’s worth noting Myers’ luxury-tax figure is far lower than his take-home salary (he’ll count for less than million annually). That may sound trivial, but could come in handy for the Red Sox if taking him on nets them a sweeter prospect package.It stands to reason that the longer the Boston Red Sox discuss Mookie Betts trade scenarios with the Los Angeles Dodgers and San Diego Padres, the likelier a deal becomes. Where Betts ends up, and when he ends up there, is still anyone’s guess. What’s more certain, however, is that a Betts trade will have far-reaching ramifications across the league.Should the Dodgers land Betts, they could ship out Joc Pederson. He’s found himself in trade rumors often over the past few years, and he’s now just a season away from free agency. Pederson is a quality platoon bat, albeit one now better suited for a corner. He’ll make less than million through arbitration, making him a relative bargain for whoever employs him. Myers isn’t the only Padres outfielder who could be on his way out. Teams have been inquiring about San Diego’s incumbent center fielder, Manuel Margot, according to league sources, and he would even make sense as part of the package heading to Boston. Margot can really run and he plays a mean outfield. His substandard bat against right-handed pitching limits his ceiling, but he still profiles as a second-division starter or platoon bat. The main difference between Margot and, say, Kevin Pillar is that Margot won’t turn 26 until late in the season, suggesting growth at the dish remains possible, if not likely.If the Red Sox instead prefer a cost-controlled outfielder, subbing in Alex Verdugo would make sense. Verdugo won’t turn 24 until May, but he showed impressive bat-to-ball skills during his rookie season. Do note that teams have had concerns about his makeup dating back to his draft days. It’s unknown if Boston shares similar reservations. The Los Angeles Angels aren’t going to land Betts. Justin Upton could be impacted anyway, depending on what happens with David Price. The Angels are known to be interested in acquiring Price, and moving Upton, separately or as part of those talks, would help Los Angeles avoid luxury-tax issues. Upton is owed million over the next three seasons. He’s coming off a rough and injury-ravaged year, so the Angels might have to eat some of that to find a deal.