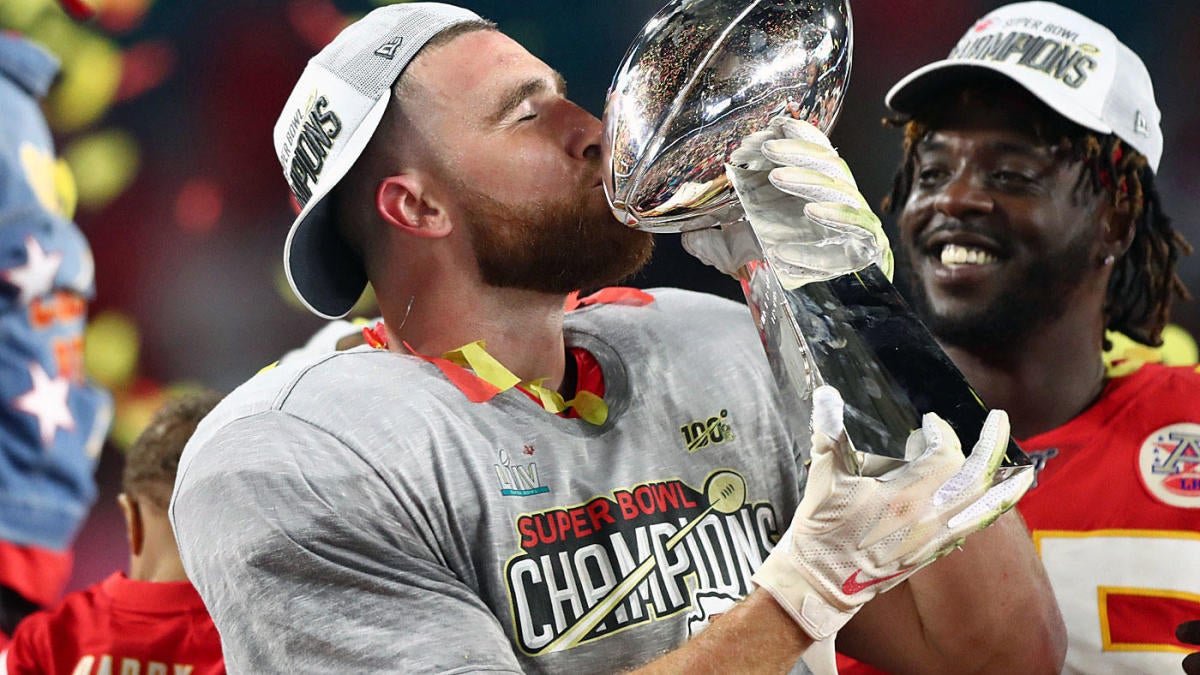 In case you are worried about whether Kansas City Chiefs star Travis Kelce is having enough fun celebrating his team’s Super Bowl victory, don’t be, he definitely knows how to have a good time. Following the Chiefs’ 31-20 comeback win over the San Francisco 49ers in Super Bowl LIV on Sunday, Kelce reinvented the celebrating game.

The Pro Bowl tight end posted a video on Instagram of himself attempting to drink from the Lombardi Trophy. Drinking from the championship trophy is usually more of a hockey thing, and Kelce admitted that as a hockey player growing up sipping from the Stanley Cup was his goal. Rather than compromise his dreams, he just altered them a bit, and managed to find a new purpose for NFL‘s most sought after trophy.

With a little help from his friends, Kelce managed to succeed in his efforts and turned the trophy into a beer luge.

The Super Bowl champion posted to his account captioning the video, “Growing up playing hockey, I always wanted to chug out of the Stanley Cup after being crowned a Champion…. No cup on the Lombardi, so I decided to take a ride down the Lombardi Luge!! #LombardiLuge”

Somewhere former New England Patriots tight end Rob Gronkowski is watching this, wishing he came up with this idea after his Super Bowl wins.

Kelce made sure to protect his crisp Super Bowl champions sweatshirt from any beer spills and used a napkin to catch any wayward suds.

Kelce had six receptions for 43 yards and one touchdown in the Chiefs’ most important victory of the season.

Since the red and yellow confetti fell from Hard Rock Stadium in Miami, Kansas City has been in nonstop party mode, and we’re talking the fans and the players.

The fans set off so many fireworks that they showed up on the weather service radar and took to the streets to take in their first Super Bowl win in 50 years. And as for the team, well, let just me redirect you to the video above to give a snippet of their festivities. K.C. seems to be taking its postgame partying just as serious as it took the Super Bowl game plan.