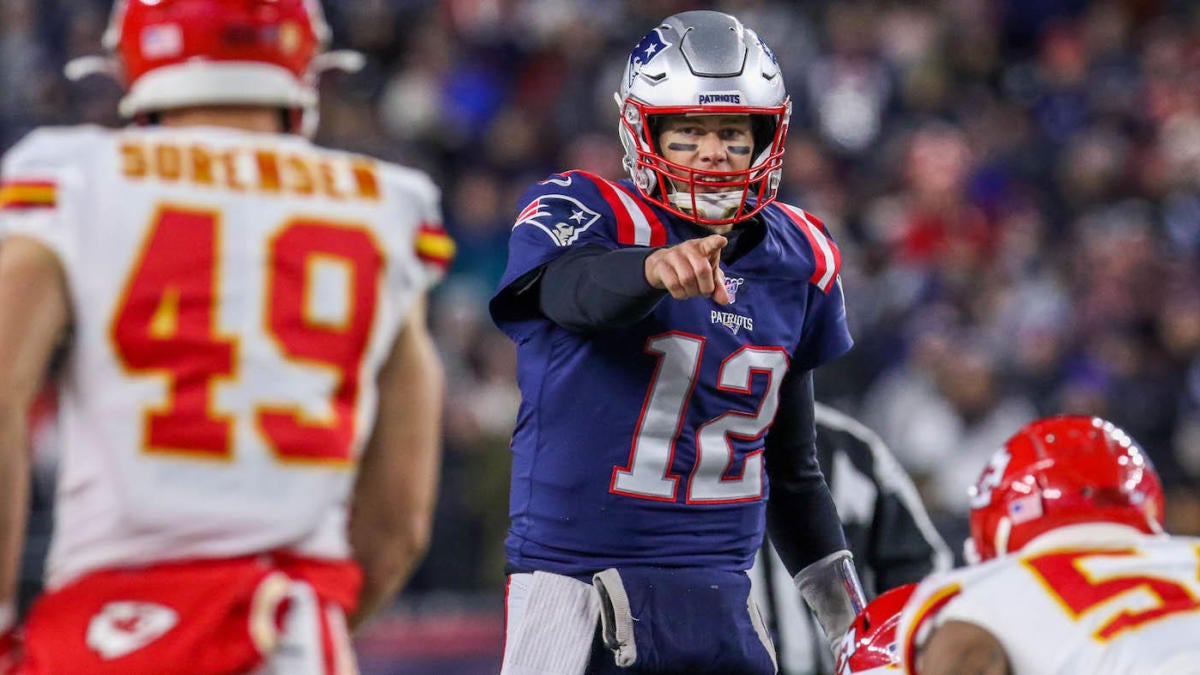 The confetti is being swept up down in Miami and the Kansas City Chiefs are heading home as Super Bowl LIV champions. The NFL‘s centennial season is in the books. As we turn the page and the 2019 campaign gets further in the rearview mirror, the biggest story of the offseason is going to come more into focus. Yes, we’re talking about Tom Brady’s upcoming free agency.

We already got a taste of the hysteria leading up to Super Bowl LIV when the six-time Super Bowl-winning quarterback posted an ominous photo to his social media channels that ultimately was just a Hulu commercial. While Brady might have been pulling our leg with that commercial, there was some substantial news on his free agency prior to the Chiefs’ comeback win over San Francisco. Ian Rapoport of the NFL Network reported that New England would be willing to extend themselves and pay Brady at least $30 million per season to keep him in Foxborough. The caveat is that the Patriots would also need to add more offensive firepower around him, a nugget that Mike Giardi of NFL Media reports is the more important of the two.

With that in mind, let’s put our hoodies on and pretend to be Bill Belichick for a moment (you can use him flexing of his Super Bowl rings to help get you into character) as we try to figure out a way to construct a more prolific offense around Brady.

Disclaimer: We kept a realistic approach to this. Of course, trading for Odell Beckham or signing Amari Cooper would instantly help the offense, but those feel like a pipe dream. We’ll be bold (because that may be what it takes to keep Brady), but we won’t be totally unrealistic, either.

Alright, let’s get back to it.

Show me the money!

The financials make this a bit more difficult than one may think. According to Spotrac, the Patriots have just over $44.1 million in available space on a projected $199 million cap. That can obviously change if there is a new CBA agreed to prior to free agency opening up, but that’s what is projected at the moment.

One wrinkle in Brady’s deal, as Ryan Hannable of WEEI highlights, revolves around the dead money to his current contract. If he re-signs prior to the start of the new league year on March 18, his $13.5 million dead cap hit would be spread over the 2020 and 2021 seasons. For example: If he re-signs prior to that deadline and his cap hit off the new deal is $30 million, you’d also have to tack on $6.75 million to it. If he signs with the Patriots (or anywhere else, for that matter) after March 18, that entire $13.5 million would count towards New England’s 2020 cap.

With that in mind, it would behoove both sides to get a deal done prior to free agency, if, in fact, they truly want to stay united.

In a perfect world, Brady doesn’t hold too firm on the Patriots reported willingness to go to $30 million a season for the rest of his days in the NFL. Without making additional cuts, that would leave them with not a ton of wiggle room to put a serviceable roster around him, thus not living up to one half of the bargain. If he settles for a deal somewhere around $27.5 million a year, that would still have him in the current top-10 of highest-paid quarterbacks in the league and alongside his former teammate in Jimmy Garoppolo.

The big fish: The free agent prize that the Patriots should focus in on his tight end Hunter Henry. He’s set to become an unrestricted free agent and would be a tremendous addition to a team that essentially had zero production at the position in 2019. Health has been something of an issue for the 25-year-old, but when on the field he’s proven to be among the best pass-catching tight ends in the league. In 12 games played last season, he tallied 55 receptions for 652 yards and five touchdowns. Spotrac projects that Henry could see an AAV that stands around $8.9 million on this latest deal, which would be the big expense for New England this offseason.

Bringing in Henry would also be a savvy move by Belichick as it would also weaken the roster of the Los Angeles Chargers, who have been mentioned as a legit threat to snatch Brady out of Foxborough.

The familiar face: Former Patriots receiver Danny Amendola is also an unrestricted free agent this offseason. There’s arguably no other receiver currently playing in the NFL — outside of Julian Edelman — that has better chemistry with Tom Brady. During their days in New England, the two were very much in-sync and Amendola proved to be a strong security blanket out of the slot. The 34-year-old likely won’t have a huge market, so the Patriots could theoretically bring him back at a low number (an incentive-based deal to keep the cap hit low perhaps).

That said, he and Bill Belichick may need to mend some fences before that reunion comes into consideration.

The double-down: This is where a potential trade comes into play. Around the deadline this past season, there was tremendous buzz about the Tampa Bay Buccaneers possibly dealing tight end O.J. Howard and the Patriots were said to be one of the teams interested. No deal ever came to be, but why not kick the tires one more time?

Howard would be a great addition for the Patriots for a multitude of reasons: He doesn’t seem to fit Bruce Arians’ offense in Tampa, oozes talent, is still on his rookie contract, and it would allow New England to get back to a two-tight end offensive attack (if they also sign Henry) that Brady has flourished in over the course of his career.

The Bucs were reportedly only going to deal Howard if a “substantial offer” was thrown at them at the deadline. If they still feel this way, the Patriots would possibly have to give up some strong draft capital. If it gets them Howard and effectively keeps Brady, it may be worth considering.

Not too shabby of a group at all!

Of course, some of the players on the back-end of this “depth chart” may need to be cut loose to create more salary-cap relief to help this offense become more lethal in 2020. Rex Burkhead and Matt LaCosse, for example, would create an extra $4ish million in cap space. If they were to acquire O.J. Howard, his cap hit in 2020 is $3.5 million, so could be something of a wash. We’re also leaving out fellow free agents like Phillip Dorsett, Matthew Slater, and Brandon Bolden for the time being to keep costs down.

This is the type of offense, however, that, in one writer’s humble opinion, would be enough to entice Brady to finish out his carer in New England. It has a strong balance of youth, top-tier talent, familiarity, and players who have competed for Super Bowls in the past. As long as Brady is willing to give a little bit on his own contractual demands, he’d be able to give the Patriots flexibility to make moves like the ones we suggested above.

Like everything, there is a cause and effect of these moves. To give Brady the contract and offense that he feels he can put up points with, there’ll likely need to be some sacrifices elsewhere on the roster. We already mentioned possibly cutting Burkhead and LaCosse to create space, but it may need to bleed onto the defensive side of the ball, too. The Patriots could clear an additional $6.25 million if they cut the likes of Jason McCourty and Justin Bethel, for example, which could make a big dent in making a possible Hunter Henry contract palatable.

Beyond that, New England will have to also make some hard decisions on other key free agents. Safety Devin McCourty along with linebackers Kyle Van Noy and Jamie Collins are all set to hit free agency and were huge pieces to arguably the top defense in the league last season. Starting left guard Joe Thuney is also expected to see a mammoth contract somewhere in the NFL this offseason.

The Patriots have long been the beneficiaries of Brady’s contractual sacrifice; constantly taking below-market deals to make a more competitive roster. Now, they’re in for a bit more of a sobering reality of what the NFL is like when you have an elite quarterback. He may hold firm on getting paid the max he can, but he does seem intent on having a better offense around him than the one he had in 2019.

If New England wants to put those types of weapons around him and ensure Brady never puts on another NFL uniform, it’ll likely require Bill Belichick to allow other areas on the roster like on defense and on special teams to get weaker. The real question is: Do they think Brady is currently worth making those sacrifices for.

We’ll have to see.