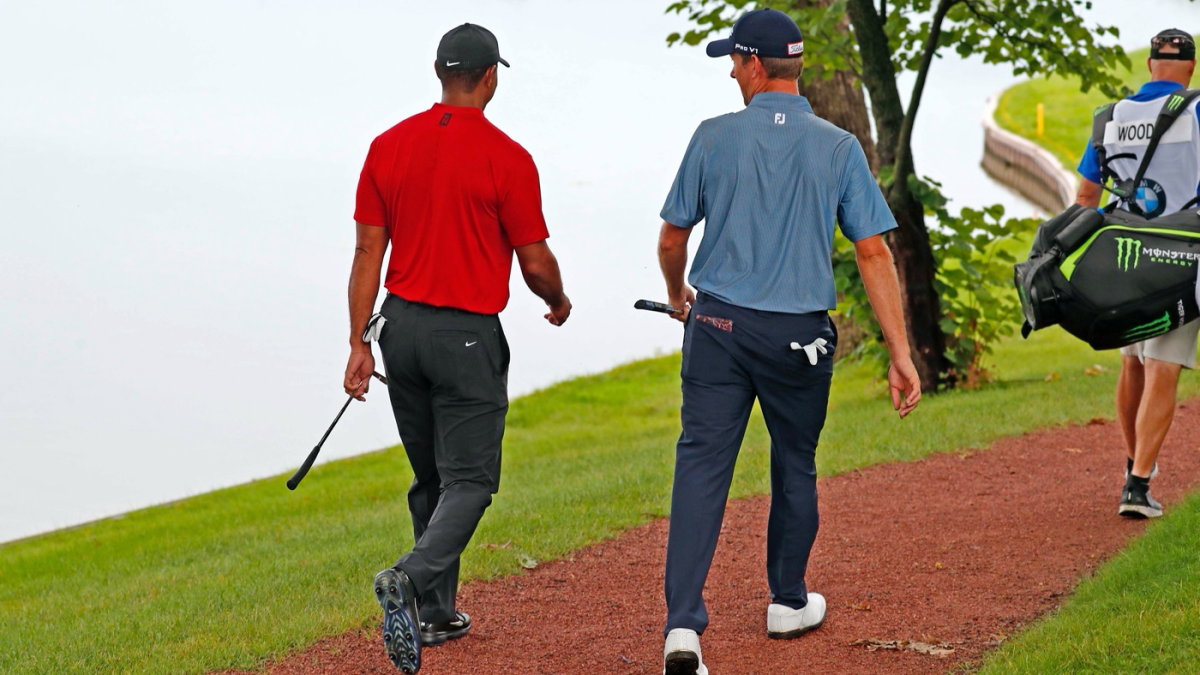 On our First Cut Podcast on Sunday evening after Webb Simpson won the 2020 Waste Management Phoenix Open, I had a revelation that Simpson, who just picked up his first win in almost two years, is a better golfer as of February 2020 than Tiger Woods.

It sounds crazy to say out loud and looks even crazier to type, but it’s true.

We’ll get into that and more in this Monday edition of the First Cut, a roundup of everything you need to know (and may have missed) in the world of golf over the weekend.

Let’s go to the data.

As you can see, they’ve put together similar resumes since the start of 2019. Woods has more wins and more major wins, but Simpson has been more consistent at the majors overall and has clipped Big Cat in strokes gained in both 2019 and 2020 (subject to change).

The breaking point for me with Simpson and Woods is injury history. I don’t know what I’m getting with Tiger. He might win a major and then go into hibernation for six months. With Simpson, he’s been an automatic top-30 since the 2019 Masters. Seriously, he has not finished worse than 30th from the 2019 Masters through Sunday in any tournament he’s played.

That’s almost impossible to do considering the quality of events he plays and the fields he’s going up against. It speaks his ability to raise his floor in a given week at this stage of his career.

We will continue to largely assign value to professional golfers based on what they do in major championships. Simpson needs to grow in that area, and it appears that he is. In addition to his 2018 Players Championship win (I realize, not a major), Simpson has made 11 straight major cuts and notched his best finishes at both the Masters and Open Championship in the last two years.

This is the best argument for Woods if you’re pitting these two against each other. You know, he won the Masters last year. But still, it’s crazy to think about the reality that Simpson might be (and in my mind, is) better than Big Cat right now. Even No. 6-in-the-world Big Cat whose swing looks as good as it’s looked in many, many years.

The PGA Tour did a great job of honoring Kobe Bryant on Sunday by putting the pin on No. 16 at a spot that was 24 paces from one edge and 8 paces from the other.

And Simpson did a great job summing up how I’ve been feeling for the last week.

“For a guy that I never knew, I don’t think I’ve ever experienced sadness for the death of someone that I never knew like I did with Kobe,” Simpson said. “And my caddie and I were talking about it the other night and I asked him, ‘Why do you think, you know, this one feels different?’

“I mean, many, many people have died in my lifetime that I knew of, but I think just it hit home to me. He’s seven years older, he’s 41, he has four kids, I have five; he has four daughters, I have four daughters; and he seemed like he was at a place in his life where he’s so excited about what’s going on around him, what he’s giving back to, what he’s involved in.

“So I think that made it hard, but I hope his wife Vanessa and his kids have felt what we have seen with what people are doing and how people are talking about how he impacted their life. I watched the Lakers game the other night and LeBron, the tribute, so I’ve been thinking about it all week. And I love what they did on 16 today, 24 on, 8 left. My caddie and I were actually trying to figure out that last night. We’re like, I’ve never seen that pin, what are they doing. And we didn’t really think about it until this morning. But, yeah, I mean, my heart’s still heavy, as I’m sure the world’s is, it’s going to be awhile.”

It’s really (REALLY!) early, but there’s at least a chance that both Graeme McDowell (age 40) and Lee Westwood (age 46) could be on the European Ryder Cup team. McDowell took the Saudi International over the weekend (following Westwood’s win at the Abu Dhabi HSBC Championship a few weeks ago), and both are currently in position to make it to Whistling Straits in September.