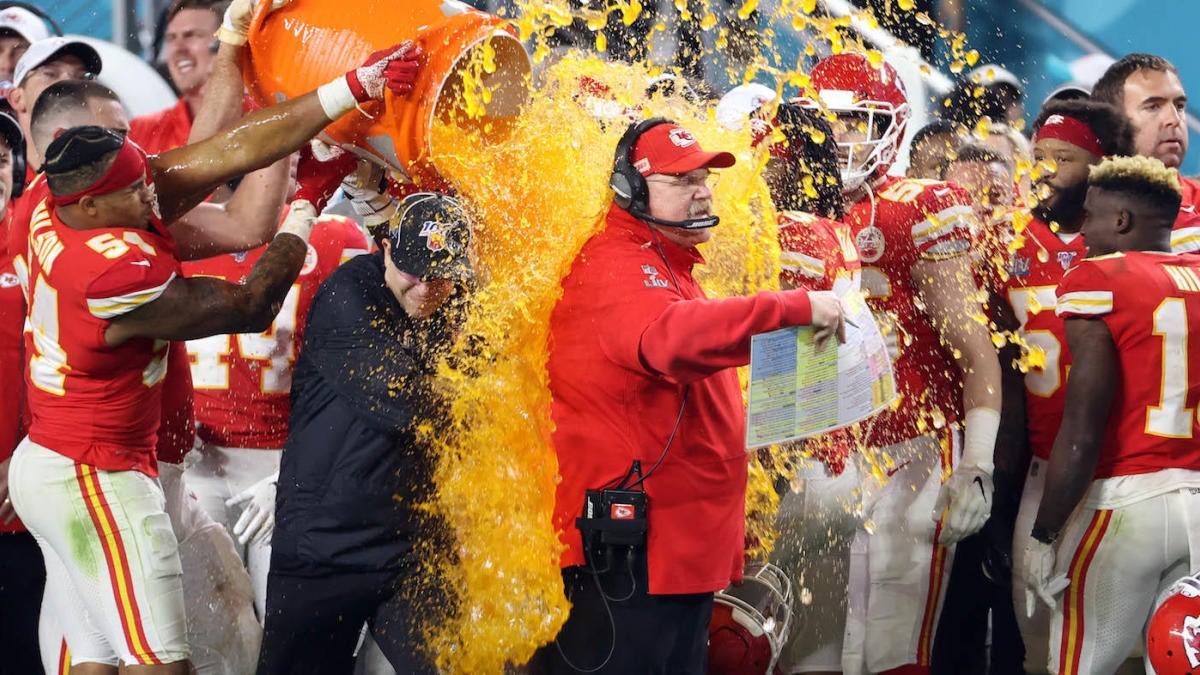 The Kansas City Chiefs won their first championship in 50 years by defeating the San Francisco 49ers 31-20 in Super Bowl LIV. The wait to win a championship was a long time coming for the franchise, and also for head coach Andy Reid.

In his 21st season as a NFL head coach, Reid finally got to hoist the Vince Lombardi Trophy, setting a NFL record that may never be broken. Reid won his 222nd game as a NFL head coach on Sunday, setting the NFL record for most wins before capturing his first championship. Bill Cowher previously held the record for most wins before winning a championship, picking up his 152nd win when the Pittsburgh Steelers won Super Bowl XL in 2006.

Reid and the Chiefs also went on a historic postseason run to win the Chiefs’ first Super Bowl championship since the 1969 season, which was the second longest drought in the NFL between Super Bowls (the New York Jets have the longest at 51 years). The Chiefs trailed by double digits in each of their three postseason games, becoming the first team in NFL history to trail each game by 10-plus points and win each one.

“Don’t matter the score. Doesn’t matter. Doesn’t matter what the score is,” Chiefs tight end Travis Kelce said after the victory. “We’ve got Pat Mahomes, we’ve got an unbelievable defense and they’ll put their foot in the ground against anybody saying enough is enough, and that is what they did tonight.”

“We’re a mentally tough team,” said Chiefs safety Tyrann Mathieu. “You should see us practice in training camp. I think Coach (Andy) Reid does a good job of getting us right mentally, physically, you know even emotionally.”

Reid has complied a 207-128-1 regular season record in 21 seasons with the Philadelphia Eagles and Kansas City Chiefs, going 15-14 in the postseason for a 222-142-1 overall record (.608 winning percentage). Reid has 14 winning seasons in his career and just three where his teams finished under .500. He has won 10 division championships and won a playoff game in 10 different seasons. He has advanced to seven conference championship games and finally won the Super Bowl on his second attempt, 15 seasons after reaching the Super Bowl with the Eagles in 2005 (the second longest gap between Super Bowls for a head coach in league history).

Finally, Reid is a champion.

“Coach Andy Reid, baby. We got a ring for Big Red,” Kelce said. “Can’t get rid of us now, Red, you’re married to us forever. Forever!”