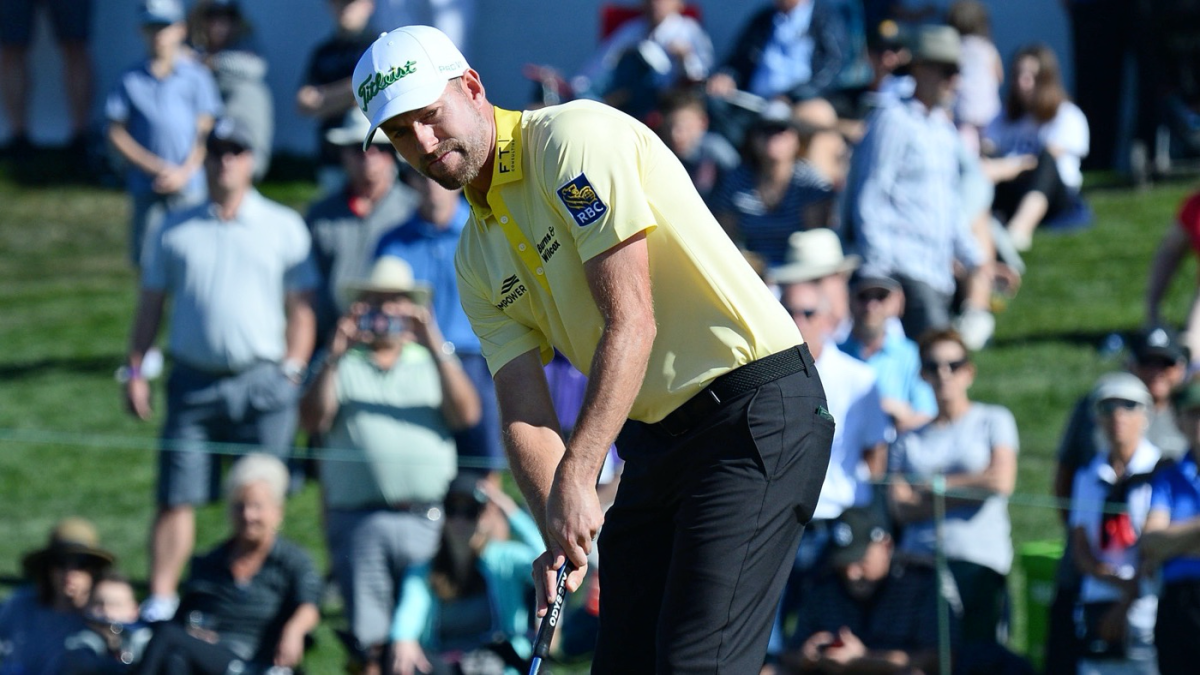 Over the two-week break golf takes for Christmas, I went on the No Laying Up Podcast and was asked about who the forgotten man was for 2019. My answer: Webb Simpson.

Simpson has been one of the 10 best players in the world for several years now. He doesn’t get the attention or adulation he probably deserves because he’s not long off the tee and the swing isn’t Rory McIlroy-like. The results have been staggering, though. Ten top 10s in 2018, eight more in 2019 and just four total missed cuts in that time. He started 2020 the way he ended the last two years, too, with a third-place finish at the Sony Open. So when he opened with an even-par 71 on Thursday at the Phoenix Open, it was perplexing.

The rebound was big. A 63 on Friday followed by a 64 on Saturday to get into the final group on Sunday with Tony Finau and Hudson Swafford. But when Simpson put it in the water on the par-5 15th hole, it looked like that was a wrap and a coronation for Finau, who was looking for a big breakthrough victory.

Then Simpson birdied his last two holes to shoot 69, denied golf-watching fans the start of the Chiefs-49ers Super Bowl and sent this event into a playoff. He birdied that one, too, from the exact same spot he made birdie on the 72nd hole, for the sixth win of his career that ended in a long hug with Finau.

“It was a lot today,” Simpson told Amanda Balionis of CBS Sports. “Tony is a great champion. He played awesome. He’s going to win a lot of golf tournaments. To come down to the last couple of holes and birdie 18 twice in a row feels great.”

It also must feel great to be playing at the clip Simpson is playing at. This was his 16th top-30 finish in a row, dating back to last year’s Masters. It was his fourth straight top 10 (including a playoff loss at the RSM Classic). He’s on a low-key heater that nobody is talking about but has him set up for another tremendous 2020.

Already a U.S. Open and Players Championship winner, Simpson could add to a resume that needs no additions. It’s not loud, and it’s not always beautiful, but even at No. 7 in the Official World Golf Rankings, Simpson may be the most underrated golfer on the PGA Tour. Grade: A+

Here are the rest of our grades for the 2020 Phoenix Open.

Tony Finau (2nd): A confession: I had a whole Tony Finau piece prepared. About how this was his first big win and the law of winning averages (whatever that is) meant he was going to win several over the next few years. Alas, I think he might get (and maybe even deserve) the Tongan Rickie Fowler label. He played great (he always plays great), but with no wins in non-opposite field events, his lack of trophies should at least be a talking point.

Bonus points here, though, because Finau threw on a Kobe Bryant No. 8 Lakers jersey every day this week on No. 16 to honor the late Bryant, who died while the PGA Tour was engrossed in the final round of the Farmers Insurance Open last Sunday at Torrey Pines.

Several players did the same this week, but Finau definitely made it look the coolest. Grade: A

Justin Thomas (T3): Thomas said after his 65 on Sunday that he doesn’t really have his best stuff right now, which is exactly what I want the No. 4 player in the world saying after finishing in the top five of a tournament. The good news for J.T. is that his ball-striking improved every round of the event. The bad news is that he ran out of days. Still, his Kobe Bryant tribute throughout the week on No. 16 was terrific as he rocked Kobe’s Lower Merion high school jersey. On Sunday, he gave the maniacs on that hole exactly what they wanted. Grade: A

Bubba Watson (T3): Bubba finished in the top 10 from tee to green despite two different rounds in which he lost strokes to the field. This is almost impossible to do, and yet Bubba did it with relative ease. Whatever you want to say about him — and the internet tells me that is pretty much anything — golf is more interesting when he’s involved, whether it’s so you can root for or against him.

His shot-shaping on Sunday en route to a 66 and top-10 finish was everything you imagine when you envision Bubba shaping shots in the desert with a bright yellow ball. He also gave a terrific interview after the festivities, talking about how important trust is at this level and how he spent the offseason trying to train himself mentally to not think about the million things that are going on during a tournament. Seems to be paying off so far. Grade: A