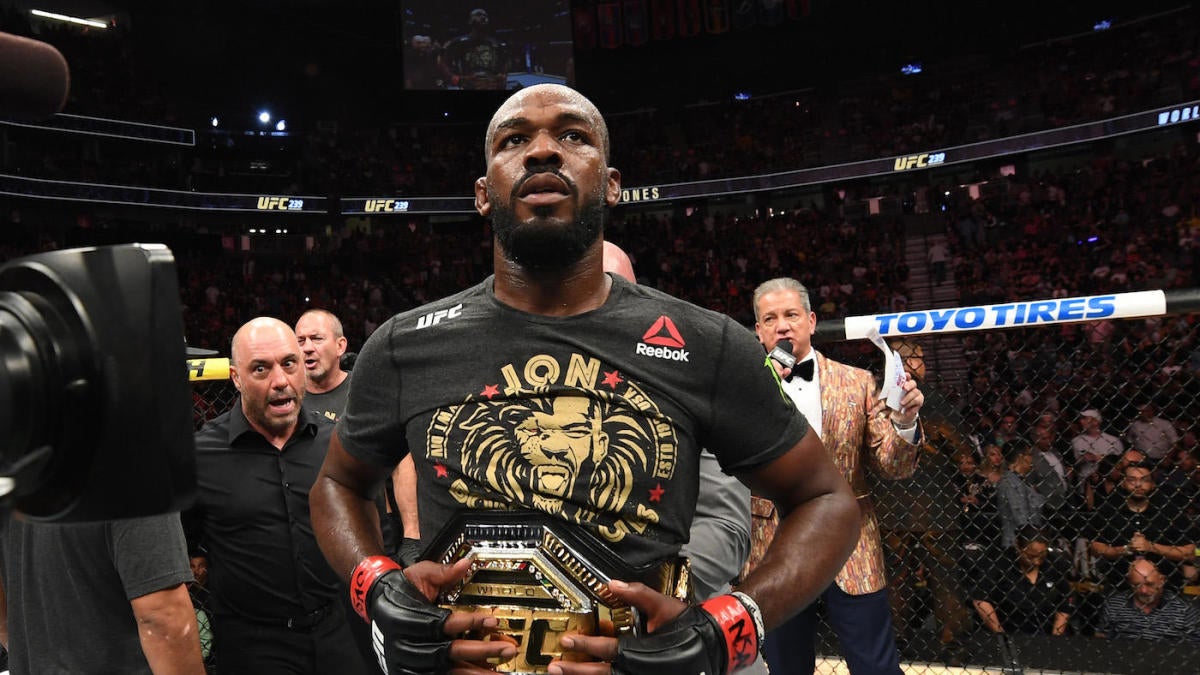 Light heavyweight champion Jon Jones will defend his title against undefeated challenger Dominick Reyes in the main event of UFC 247 on Saturday, Feb. 8. The 11-bout showcase from the Toyota Center in Houston features the five-fight main UFC 247 card starting at 10 p.m. ET. Jones (25-1-1) is widely considered one of the best mixed martial artists to ever set foot in the Octagon and remains No. 1 in the UFC’s pound-for-pound rankings. He has made 10 successful title defenses in two separate stints as light heavyweight champion.

The fourth-ranked Reyes (12-0) has seen his stock soar following a first-round knockout of former middleweight champion Chris Weidman. Jones is a -440 favorite (risk $440 to win $100), while Reyes is priced as the +360 (risk $100 to win $360) underdog in the latest Jones vs. Reyes odds. In the co-main event on the UFC 247 fight card, women’s flyweight champion Valentina Shevchenko (-1,100) defends her belt against top-ranked challenger Katlyn Chookagian (+700). Before making any UFC 247 picks, make sure you check out the MMA predictions from SportsLine MMA expert Kyle Marley.

At UFC Fight Night 166, Marley told SportsLine members that Angela Hill (-160) would defeat Hannah Cifers (+140) in a strawweight bout on the main card. He reasoned that Hill’s edge in striking skill and power would be the difference, and she proved him correct by overwhelming Cifers on her way to a second-round knockout.

What’s more, at UFC 246, Marley told SportsLine members that Conor McGregor (-320) would make quick work of his return to the octagon following a 15-month layoff against Donald “Cowboy” Cerrone (+260). McGregor stopped Cerrone 40 seconds into the bout. Anyone who has followed Marley is way up.

Now, with UFC 247 fast approaching, Marley has carefully studied every matchup on the card, identified the best value in the UFC odds and released his MMA picks for every single fight. He’s sharing those selections only over at SportsLine.

The MMA analyst said he believes Jones is “the greatest fighter to ever live,” but also acknowledges that the underdog Reyes has enough knockout power to pose a threat.

There are many MMA observers who believe Jones, 32, is fast running out of legitimate contenders in the light heavyweight division and might eventually have to move to heavyweight in order to find competitive bouts.

However, recent performances suggest the contenders might be closing the gap. Top-ranked challenger Thiago Santos pushed Jones wire to wire in their July bout despite suffering a torn ACL in the first round. Jones got by with a split-decision victory, and many observers were left wondering how the bout might have unfolded had Santos been at full strength.

Reyes, 30, has shown ample athleticism, speed and power while winning his first six UFC bouts against respectable opponents including Weidman, Volkan Oezdemir and Jared Cannonier. You can get all of Marley’s UFC 247 predictions here.

For UFC Houston, Marley is supporting Derrick Lewis (-275) to get his hand raised against Ilir Latifi in a heavyweight bout on the main card.

The hard-punching Lewis (22-7) is a six-year UFC veteran who has shared the octagon with many of the heavyweight division’s biggest names. He has earned six performance bonuses, but lost his lone title shot against then-champion Daniel Cormier in November 2018.

The sixth-ranked Lewis, 34, has dropped two of his past three bouts but managed a split-decision win over Blagoy Ivanov in his last fight. The 36-year-old Latifi (14-7-1) is making his heavyweight debut following 12 UFC bouts at light heavyweight, where he went 7-5. The Swedish fighter was stopped by the powerful Oezdemir in the second round in their August bout.

“Lewis is more likely to get a knockout and should be the one landing more shots as well,” Marley told SportsLine.

Marley also has strong picks for Reyes vs. Jones, Shevchenko vs. Chookagian and every other bout on the UFC 247 card. He’s backing one fighter who “has a lot more ways to win.” Get every pick for every fight at SportsLine.

Who wins Reyes vs. Jones? And how exactly does each fight end? Visit SportsLine now to get detailed picks on every fight at UFC 247, all from the expert who’s up more than $19,000 on MMA in the past year, and find out.