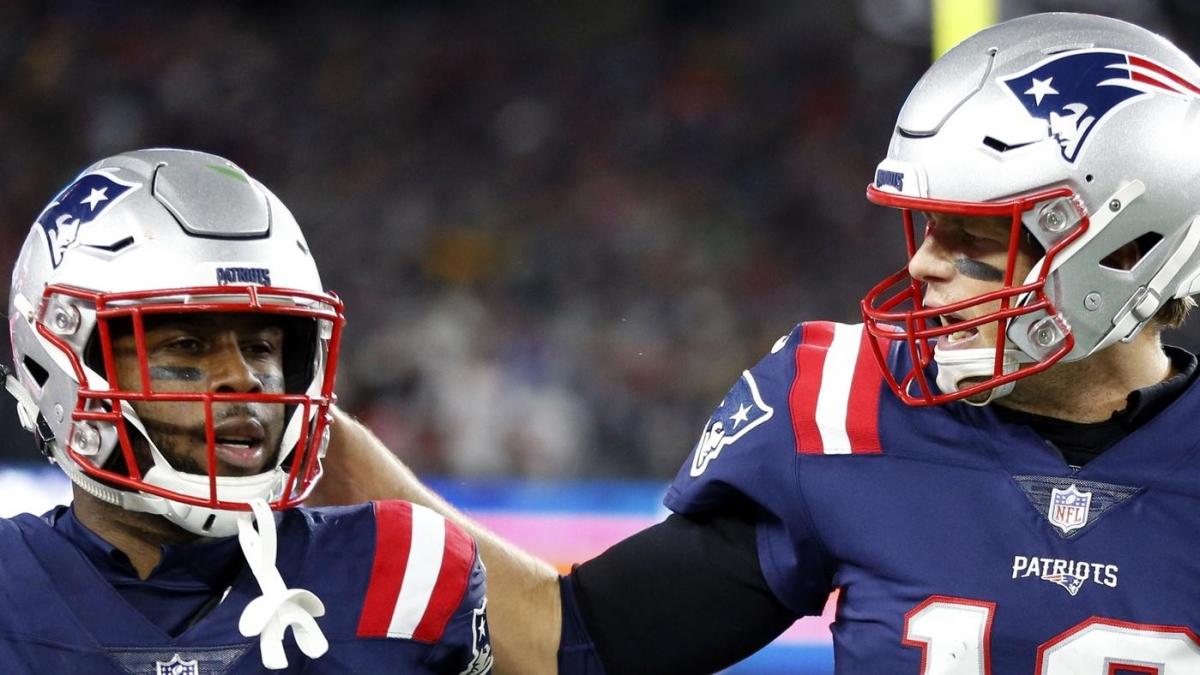 As Tom Brady continues to ponder his future with the New England Patriots, his teammates are starting to envision life without arguably the greatest quarterback of all time. Brady, set to be a free agent in March, has remained silent on where he plans to play for the 2020 season and beyond.

James White, who has been one of Brady’s most reliable receiving targets over the past few years, wants Brady to stay in New England. He’ll understand, however, if Brady decides to move on.

“I hope he’s back, but honestly, I have no idea. The decision is up to him, and he’s earned that right,” White said in an appearance on CBS Sports HQ Friday. “Whatever decision he makes, I’m happy for him.”

White, who has 2,809 receiving yards and 24 touchdowns in six seasons, improved his game due to Brady’s willingness to work with him. A fourth-round pick in 2014, White had 40-plus catches in each of the past five seasons, including 159 catches for 1,396 yards and 12 touchdowns over the last two seasons.

White’s willingness to improve comes from the mentality of Brady, who remains one of the top quarterbacks in the NFL into his 40s.

“To be able to play with arguably the greatest quarterback of all time,” White said. “To learn from him, compete with him, was amazing from a day-to-day basis. The guy plays 20 seasons and had success each and every season, it’s not an easy thing to do. You want to try and emulate a guy like that.”

Brady’s presence will be missed in New England if he decides to move on. The Patriots quarterback’s skills may be diminishing, but his impact on the locker room is unmatched. There’s a reason the Patriots have been so good over the past 20 years.

“He talks to everybody in the locker room. From the day you step into the building, he’s going to know your name,” White said. “And it’s pretty impressive to see. I mean, I’m not even as good as it as he is. As you can see, he likes to know his teammates.

The Patriots will have to consider these factors if they decide to move on from Brady. Perhaps they are ready to move to the next chapter of their franchise, even if their championship window is still open.