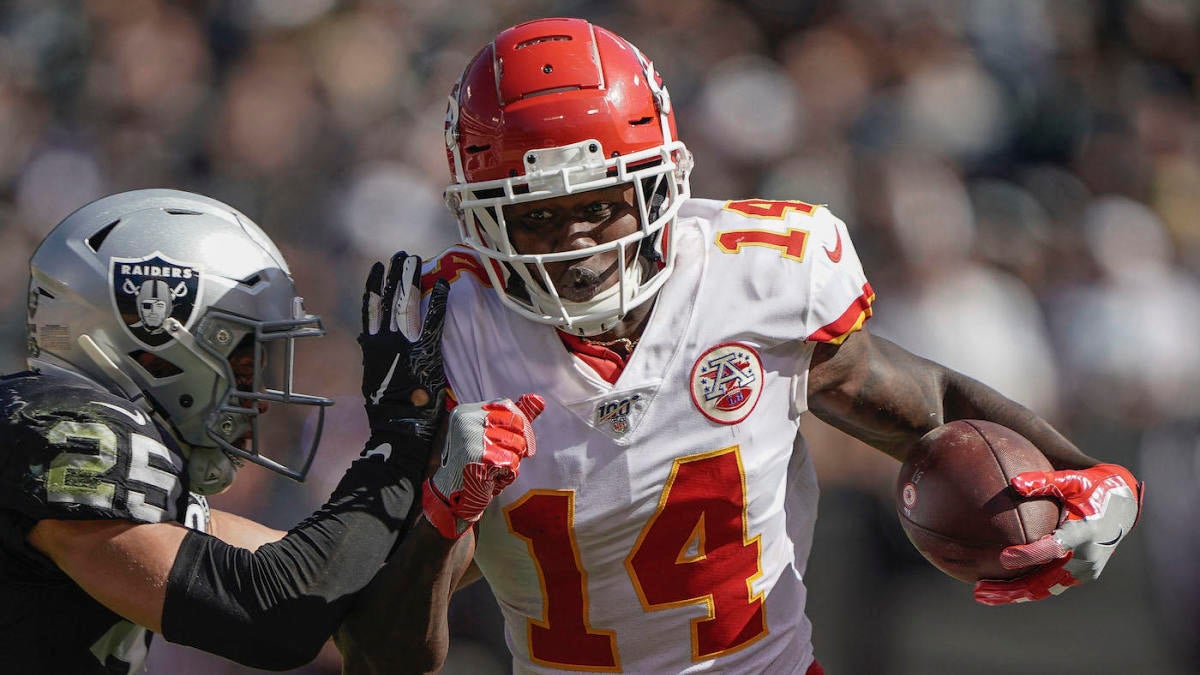 Sammy Watkins has found a home with the Kansas City Chiefs, a franchise the former first-round pick doesn’t want to leave. Even though Watkins is the No. 2 wide receiver (and No. 3 option) in the offense, Watkins enjoys playing for Kansas City and head coach Andy Reid.

When push comes to shove, Watkins would prefer to stay in Kansas City. That decision will not be easy with the $21 million cap hit that is coming Watkins’s way for 2020, the final year of his contract.

The Chiefs will save $14 million in cap space if they cut Watkins, who has 52 catches for 673 yards and three touchdowns this season. Watkins will consider all options, but Kansas City is the franchise he wants to play for.

“I don’t want to say I will be (open to a pay cut). I don’t want to say I won’t,” Watkins told NFL.com. “I just think I’m a special player. I think I deserve all the things I deserve. If I’m at home and thinking about it, if I have to do it to pay Pat (Chiefs quarterback Patrick Mahomes), I maybe will. That’s a guy that we should pay, and he needs to get paid. But you never know, that’s a decision I’d have to go through.”

Watkins also suggested he would take a year off if the Chiefs won the Super Bowl, which would also save significant amount of cap space. Since Watkins has a year left on his deal, he could just return to the Chiefs with the same contract a year later. Then both sides could renegotiate a deal.

Watkins’s numbers with the Chiefs (92 catches, 1,192 yards and 12 touchdowns in 24 games with the Chiefs) don’t merit a $21 million salary for 2020. He sees his value toward the organization differently than the box score.

“Numbers are just numbers to me, but I don’t think that proves what I do for this team,” Watkins said. “Me bringing the great energy every day, me being the person that I am … if you can value me off that, I think my value would be very high. I don’t think my value is all off scoring touchdowns or getting 1,000 yards receiving. I don’t think I’m valued like that.

“I’m valued off being around the guy, being positive, coming into work every day, being a professional. I think if you would judge me off that, you would give me the world.”

On the business side of things, the decision with Watkins is easy for the Chiefs. If Watkins agrees to take a pay cut, both sides could have a long relationship.