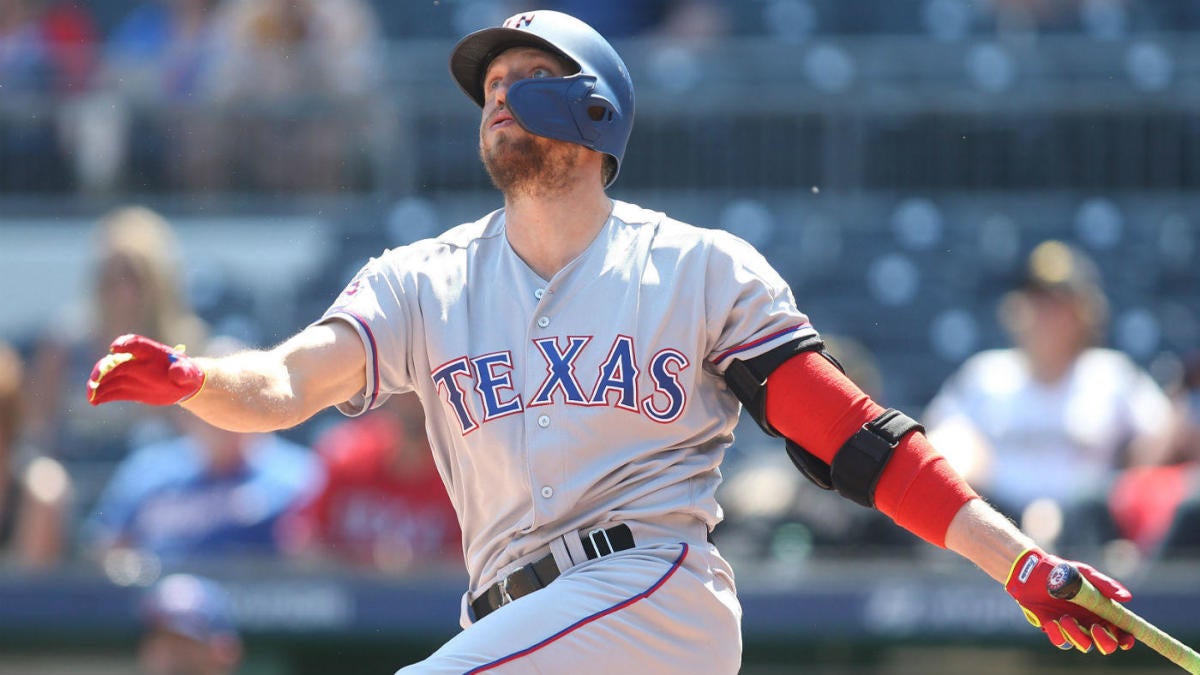 The Rangers have been connected to most of the available third basemen this winter, ranging from Anthony Rendon and Josh Donaldson to, more recently, Bryant and Arenado. Duffy is unlikely to prevent the Rangers from pursuing those targets, but his presence does give the Rangers a security blanket should they come up short.

Red Sox outfielder Mookie Betts remains a popular figure in trade rumors. The Dodgers and Padres are each believed to be pursuing his services. We covered the latest on those talks here.

Earlier this week, the Pirates traded Starling Marte to the Diamondbacks. Now, Pittsburgh is looking on the free-agent market for a Marte replacement. Kevin Pillar and Cameron Maybin are believed to be among the names the Pirates are considering, per Jon Heyman of MLB Network.

The Rangers added a veteran third baseman to their mix on Thursday, signing Matt Duffy to a minor-league deal, per USA Today’s Bob Nightengale.

Pillar split last season between the Blue Jays and Giants. He’s not much of a hitter, but he’s historically been a high-quality defender. Maybin, meanwhile, enjoyed a surprising season at the plate with the Yankees, posting a 127 OPS+ in 82 games following mechanical tweaks. Neither is expected to require more than a one-year deal.

Here’s the most fun rumor you’ll see this winter: the Cubs and Rockies talked about a trade that would have swapped Kris Bryant for Nolan Arenado. You can read more about that proposed deal (which is unlikely to happen) by clicking here. We’re winding our way toward February, and that of course is the month during which pitchers and catchers report. Fittingly, almost all the big-name free agents have been spoken for — Yasiel Puig is the biggest fish left in that particular stocked pond — which means our focus is gradually shifting toward the 2020 season and how it will unfold. All that said, we’ve still got rumors, trade rumors in particular, to sustain us through the rest of the winter. Speaking of which, let’s jump into Thursday’s crop.The Giants are one of several teams showing interest in Hunter Pence, according to MLB Network’s Jon Heyman. Pence, of course, played in parts of seven seasons with the Giants prior to signing with the Rangers on a minors pact last winter. He reworked his swing and saw a good deal of success in Texas, hitting for a 126 OPS+ in 83 games.

The Reds recently signed Nick Castellanos. On Thursday, they added one of his former Cubs teammates, inking Pedro Strop to a one-year deal, per Ken Rosenthal. Strop’s 2019 served as a disappointing cap on an otherwise brilliant career in Chicago, as he posted a 90 ERA+ in 41 innings. Historically, he’s been a high-quality setup man. The Reds hope he can retake that form in 2020 — if so, he could end up pitching in his sixth postseason. Duffy, 29, has had significant durability issues in recent seasons. He missed all of 2017 and most of 2019, resulting in a three-year average of fewer than 60 appearances. On top of that, he’s a slap hitter who lacks the power teams like to see in their corner players; Duffy has homered just five times in his last 729 trips to the plate. To his credit, he’s still posted a 99 OPS+ during that same span, thanks in large part to a high average.