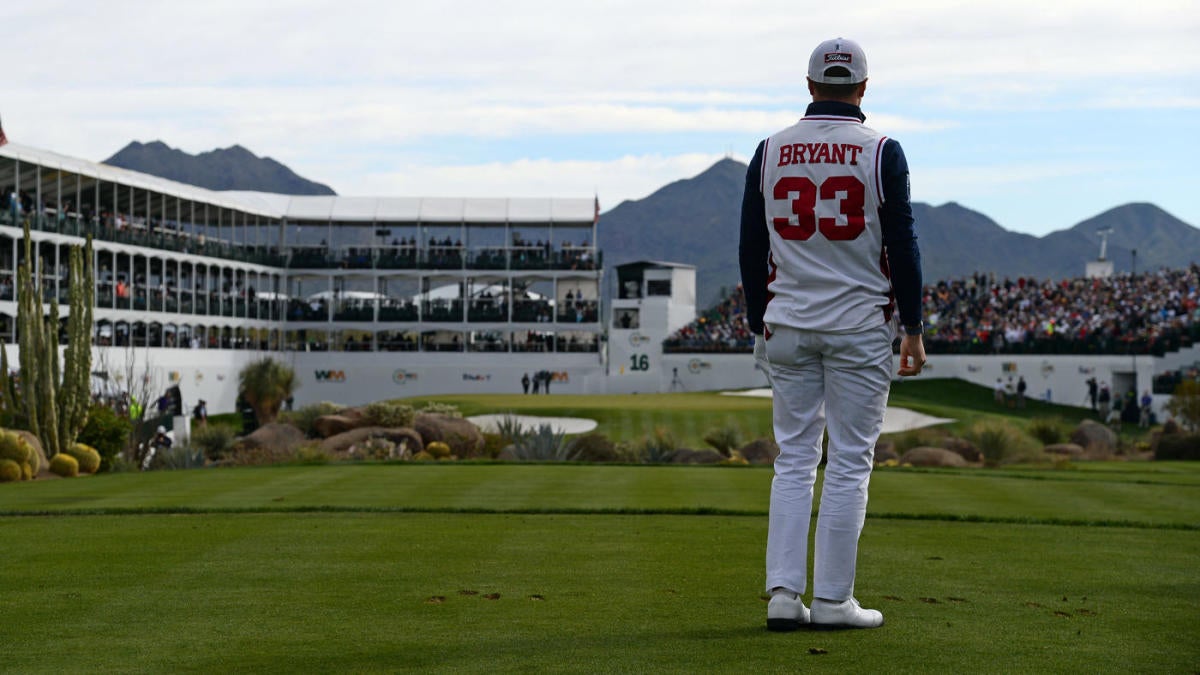 We’ve seen a lot of 8s and a lot of 24s, but Justin Thomas sported the first 33 I’ve seen as it relates to Kobe Bryant. Thomas wore Bryant’s No. 33 high school jersey as he played the famous par-3 16th hole at TPC Scottsdale on Wednesday in a pro-am at the Phoenix Open, where Thomas is one of the favorites.

Thomas wrote earlier this week that Bryant would “forever be an idol” to him.

Thomas did it again in the first round of the event on No. 16, where he threw on Bryant’s Lower Merion jersey and made a par. Not the best shot but definitely the best tribute.

“I’ve never met him,” Thomas said before the event. “I’ve always wanted to meet him, but it’s just for someone to have an impact on somebody that I’ve never met, never been around, is bizarre. It’s crazy, it’s sad. I think what really got me is just how he lost his life just being a dad and being a great dad and the fact that his daughters are never going to be able to spend any time with him anymore was just like, for me, just really hard to kind of comprehend and deal with.”

He also has Kobe’s name engraved on his wedges and written on his putter cover.

“I have the stampings on my wedges,” he added. “I was getting new wedges anyway so the timing worked out well to put some stamps on there for him. I’ve always been a huge fan of his. I’ve always loved watching him play, just loved hearing about his work ethic and stuff that he did on and off the court and how he just always worked harder than everybody else.

“It’s probably the reason — I mean, obviously, he’s freakishly talented but why he was better than everybody else because he was going to work harder to get there and just kind of will himself to be a winner. And that’s something that I hope to do when I’m out there playing, when I have a chance to win the tournament, I want to have that Mamba mentality, if you will, to try to close it out.”