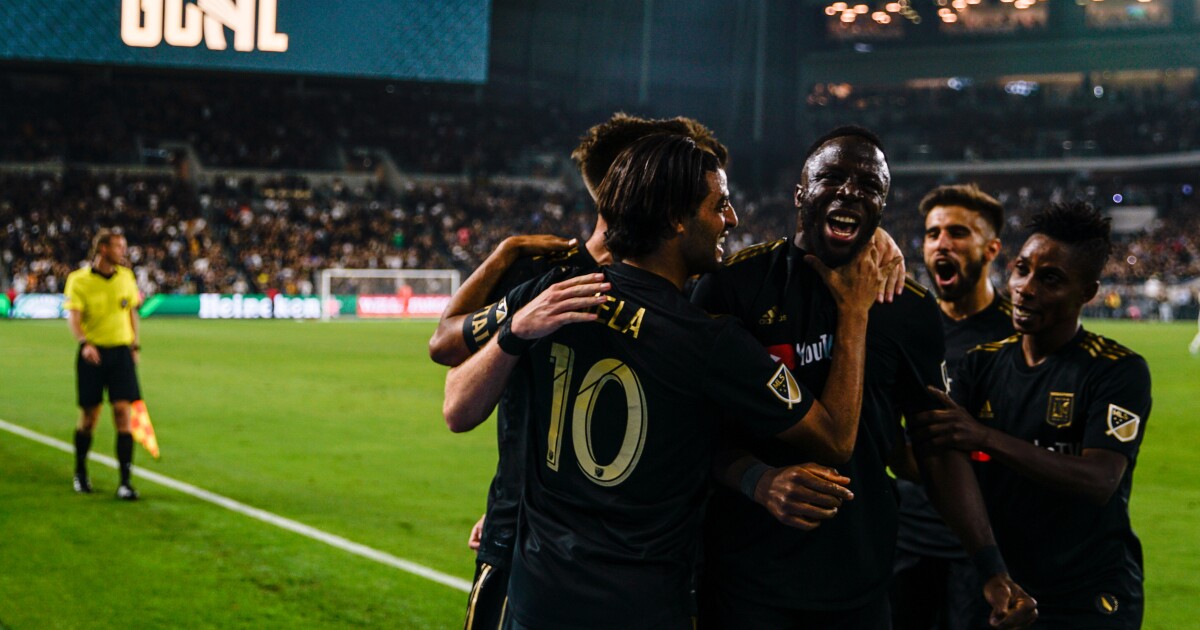 Adrien Perez’s professional horizon was once no further than the end of an indoor soccer court.

After a standout college career at Loyola Marymount, Perez had a seven-game trial with the Golden State Force, on the fourth tier of the U.S. Soccer pyramid; turned down a low-ball offer from Reno of the United Soccer League Championship; and seemed resigned, if not content, to finish his career playing anonymously with the Ontario Fury of the Major Arena Soccer League.

“I was going to play no matter what,” he said. “But I really thought I was kind of done.”

Turns out he was just getting started. Because while the road from indoor soccer to MLS is now one that is rarely taken, it was once a well-trod path. And none of those who made the trek before the bridge went out had more success than Preki, a two-time league MVP and two-time scoring champion who happened to see Perez play for the Fury.

On Preki’s recommendation, LAFC invited Perez to preseason camp last winter and the team liked enough of what it saw to offer him a contract.

“It’s always great when you can bring a player like that in and give him a chance and he takes advantage,” LAFC coach Bob Bradley said.

It was an extremely limited chance last year, though, with Perez, playing behind Carlos Vela and Diego Rossi, the most-prolific scoring duo in the league, getting just 206 regular-season minutes.

This winter, with Rossi away on international duty, Perez is getting a longer look and he’s taking advantage of that, too, scoring a goal in last week’s preseason opener. He figures to start again Friday when LAFC plays New York City FC in its second game of the winter, this time behind closed doors.

None of this surprises Bradley, who said he and the rest of the LAFC staff could see Perez blossoming long before it became apparent to others.

“It’s not like all of sudden Adrien caught our eye,” he said. “It’s that now [with] the experience of being here, being more comfortable, you see players that are a little more confident, a little more consistent.

“We saw bits and pieces of this last year. That’s why we picked him in the first place.”

Perez said his time with the Fury also helped. The indoor game, a pinball version of regular soccer, is tighter and faster and as Perez adapted, scoring 47 goals in 28 regular-season games, he also learned how to control the ball in tight spaces, think faster and get his shot off quicker, all important traits in LAFC’s short-passing, high-pressure attack.

There’s one thing he’s still having trouble learning, however, and that’s patience. Although Perez, 24, spent three seasons waiting for his MLS opportunity, he said it was strange watching others play last season while he was glued to the bench.

“I was always a starter everywhere I went,” he said. “So it was kind of a mind thing I had to get used to. They’re better than me, you know? It was just something I had to deal with.

More comfortable having given up the indoors for the outdoors, where the sky truly is the limit.

“It’s all been worth it. I don’t regret a thing I’ve done,” he said. “It’s a journey I didn’t expect but it’s something I cherish.

“I still get to live my dream. I always wanted to be a professional soccer player.”