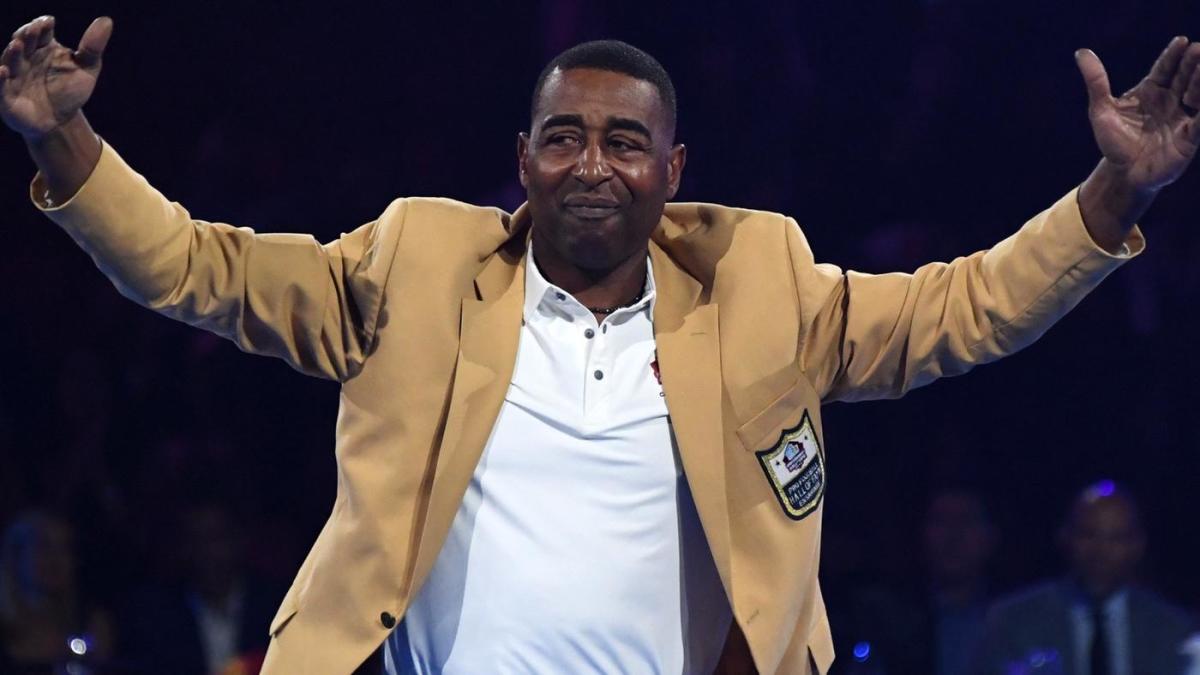 Cris Carter earned a slew of accolades during his Hall of Fame career. A former NFL receiver who spent the majority of his 16-year career with the Vikings, Carter retired after the 2002 season second on the all-time list in receptions and touchdown catches, trailing only Jerry Rice in both categories. An eight-time Pro Bowler and two-time All-Pro, Carter was also named the Walter Payton Man of the Year in 1999.

On Wednesday, during an appearance on CBS Sports HQ from Miami, the site of Super Bowl LIV, Carter was asked how much he would enjoy playing in the Chiefs‘ offense, which features the talents of quarterback Patrick Mahomes, the NFL‘s reigning MVP who’s looking to lead the Chiefs to victory over the 49ers this Sunday from Hard Rock Stadium.

“It would be amazing,” said Carter, who was part of a prolific offense in Minnesota during the late 1990s that included himself and fellow Hall of Fame receiver, Randy Moss. “And what (Chiefs head coach) Andy Reid has done in not only (featuring) Patrick Mahomes and Tyreek Hill, but their best wide receiver just happens to be their tight end, Travis Kelce. So it’s hard to double team any of their wide receivers. And then if that wasn’t enough, he went out and got three guys that couldn’t make the United States 4×100 track team, but they’re the fastest four in the NFL, and put them on the outside.”

When looking ahead to Sunday’s matchup against the 49ers and their formidable defense, Carter believes that Hill, who is coming off of a two touchdown performance in the AFC Championship Game, could be the difference.

“Tyreek Hill and his ability to go play in the slot with Andy Reid and that scheme (could be the difference),” Carter said. “Because guys can get open quicker in the slot than they can playing outside the numbers. So watch not only Travis Kelce, but Tyreek Hill and his ability to play in the slot and the instant pressure that he can put on the safeties which I believe are the weaker part of (the 49ers’) secondary compared to Richard Sherman and the two other corners that they play.”

Along with Hill, Carter also expanded on 49ers receiver Deebo Samuel. The 36th overall pick in last year’s draft, Samuel started slow before coming on during the mid point of the season. His finished his first NFL regular season with a bang, catching all five of his targets for 102 yards while also rushing for a score in the 49ers’ win over the Seahawks.

Carter compared Samuel to former NFL receiver Anquan Boldin, who burst onto the scene as a rookie despite not receiving much fanfare coming out of the draft. Boldin, who like Samuels was a second round pick, helped the Ravens beat the 49ers in Super Bowl XLVII before putting together three productive seasons with the 49ers late in his career. Carter also gave credit to 49ers head coach Kyle Shanahan for finding (and trusting) Samuel instead of acquiring a veteran receiver last offseason.

“(Shanahan’s) ability to make him a featured receiver with George Kittle, who has emerged as one of the (NFL’s) best tight ends, he doesn’t have to be the go-to guy,” Carter said. “You don’t have to throw to him eight times. You can give him some reserves, you can allow him to slowly progress. So that’s what you saw. First quarter of the season, midway point in the season, and the last third or quarter of the season, you start to see him emerge as the No. 1 wide receiver.”

It’s clear that Carter believes that either Hill or Samuel could become the eighth receiver to bring home the Super Bowl’s MVP award. Carter also has a clear opinion on which team he believes will be hoisting the Lombardi Trophy at the conclusion of Sunday’s game. As of Wednesday afternoon, the Chiefs, according to SportsLine, were 1.5-point favorites to beat the 49ers.

“I could understand why Kansas City would be the favorite in this game,” Carter said. “Given last year, the disappointment in the AFC Championship, you would think that last year they were making plans to be here. Coming back this year, rebounding, overcoming adversity, the defense is playing a lot better.

“I believe that Andy Reid gives them just a little bit of an advantage. I believe that Kansas City gets their first Super Bowl win in 50 years.”

Carter also took a moment during the interview to offer his condolences to the family of former teammate and former NFL Hall of Fame defensive end Chris Doleman, who recently passed away after a battle with cancer. Carter said that he and Doleman were actually baptized at the Jordan River three years ago during a trip to Israel.

“I’ve got great memories,” Carter said of his time with Doleman, “and that’s what I’ll take with me.”