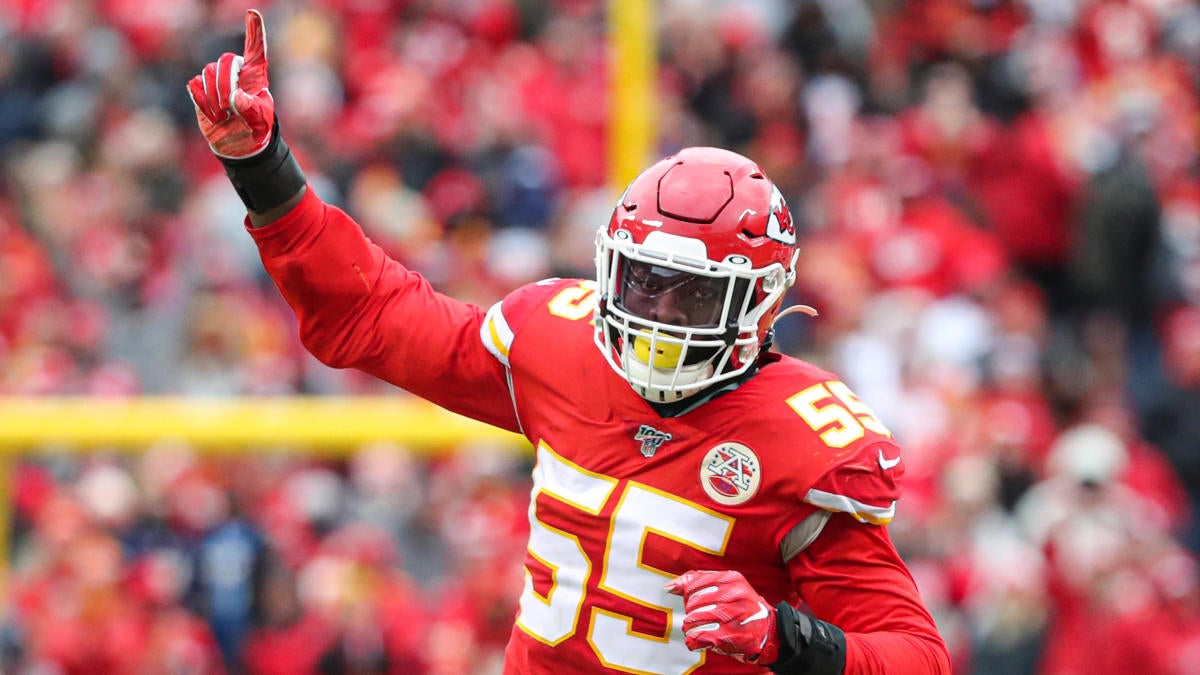 One year ago, neither Frank Clark nor Dee Ford were from happy campers and now, through twists of fate, they are forever tethered to each other. Both were seeking lucrative longterm offers from their respective teams in the offseason after each delivered a 13-sack campaign in 2018, but the Seattle Seahawks basically balked at offering one to Clark he found suitable, and the Kansas City Chiefs went on to tag Ford and trade him to the San Francisco 49ers instead of securing him for the future.

The latter situation adds an intriguing plot twist to the fortunes of both veteran pass rushers because without Ford being pushed out, Clark wouldn’t have been pulled in. The decision by the Chiefs to move on from Ford in March in exchange for a second-round pick in the 2019 NFL Draft created a void at the position, and they filled it five weeks later by trading with the Seahawks to land Clark and Seattle’s third-rounder in exchange for the Chiefs first- and third-round picks that same year.

Head coach Andy Reid and general manager Brett Veach liked the idea of throwing more money at a younger Clark, signing him to a five-year, $105.5 million deal with $63.5 million guaranteed; while Ford agreed to a five-year contract himself in San Francisco, but for a lesser $85.5 million one with $33.4 million in guaranteed money. It helps that Kansas City felt Clark was a better fit for the 4-3 based defense that coordinator Steve Spagnuolo implemented upon his arrival. On the flip side, Ford was assumed to be a better fit for the 49ers’ defense — with an odd-man front as its base.

Ford’s exit from the Chiefs was unceremonious, to say the very least, his lasting memory being a penalty he drew for lining up in the neutral zone in last year’s AFC Championship Game that negated what was likely a game-sealing interception by cornerback Charvarius Ward against the New England Patriots. Tom Brady and Co. went on to win that game in overtime, and Ford found himself the centerpiece of all possible angst from Chiefs fans — some going as far as accusing him of throwing the game. That faction, and more, were fine seeing Ford shoved out of the door, and welcoming of Clark, who delivered eight sacks this season — second-most on the team behind only Chris Jones — despite battling a shoulder injury, going on to land his first-ever Pro Bowl nod in the process.

Ford didn’t fare quite as well and logged only two regular season starts on a dominant 49ers defensive front, but was able to contribute a respectable 6.5 sacks on the season (fourth-most on the team) to a unit that prides itself on getting to the opposing quarterback.

Then came the playoffs, with both the Chiefs and 49ers (read: Clark and Ford) on a collision course to meet in Super Bowl LIV, and as both sides celebrated with their new teams before packing for Miami, Clark made it well-known he doesn’t like Ford. This, of course, adds another layer to the aforementioned tether, and what Clark said following the Chiefs win over the Tennessee Titans in the AFC Championship Game carried enough shade to eclipse the sun.

“Last year, jumping offsides and all that? I told them when I got here that s–t was gonna change,” he said, via NBC Sports.

He wasn’t done, though. Speaking from Super Bowl Media Week, Clark doubled down on his dislike of Ford, interrupting his praise of other key players on the 49ers defensive front to get that point across.

“They got a lot of guys over there,” he said of the San Francisco pass rush. “[They have] DeForest Buckner …Arik Armstead, I’m not really too fond of Dee Ford, but it’s like the whole defensive line — I know them very well.”

“I just knew he lined up offsides,” Clark said of the penalty in last year’s AFC Championship Game. “And anybody who lines up offsides in a time like that, I feel like that’s a dumb penalty at the end of the day. I’m sure he feels the same way.”

Clark did soften the haymakers a bit by admitting he’s made similar mistakes before.

“Personally, myself, I’ve lined up offsides before,” he said. “Not in that type of capacity, but I’ve lined up and cost my team games before. I’ve jumped offsides. I’ve done things to cost my team — I’ve been suspended. Who knows what it was? But in any capacity, that’s just something that shouldn’t happen.”

For his part, Ford caught wind of Clark’s disdain, agreed and shrugged it off.

“He’s right. It was inexcusable, but don’t we all do it?” Ford said ahead of Super Bowl LIV, via KNBR. “I have to let it go, in order to move forward.”

Moving forward is precisely what both men and their teams did in 2019, and the Chiefs and 49ers are both better for taking the risk they did with the aforementioned trades.

The only thing left to do now is to find out whose pass rush is truly more dominant, for while the world openly views it as being San Francisco, Clark proclaimed after holding league-leading rusher Derrick Henry to only 69 yards that Kansas City’s defense was/is “the best in the world”. On Sunday, with the entire planet watching, he has one final chance to prove it, and that things did indeed “change” when he took Ford’s place.

And it’s safe to say both will try to avoid lining up in the neutral zone.