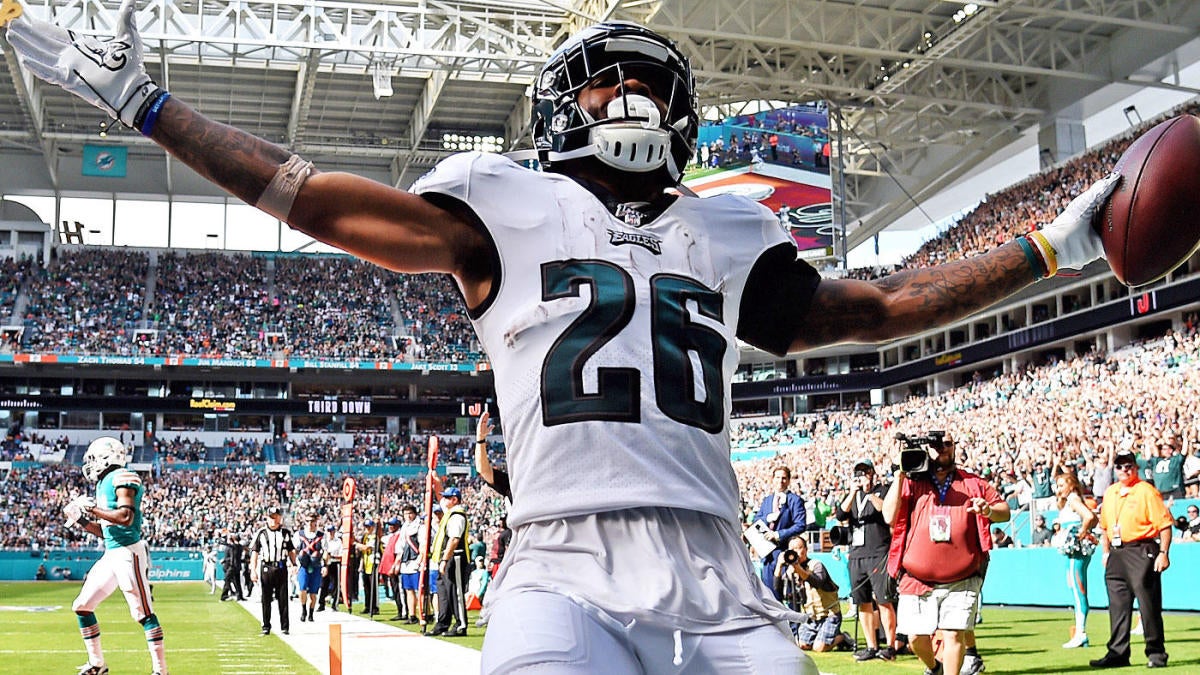 Miles Sanders had the rookie season Philadelphia Eagles fans anticipated, emerging as one of the best young running backs in the game and becoming a stable force in the team’s run to the NFC East division title. Sanders finished eighth in the NFL with 1,641 all-purpose yards (which led all rookies) and set the team record for rushing yards in his rookie season (818). Before we turn the page on his rookie season, it’s important to note that Sanders is a finalist for NFL Rookie of the Year competing with Josh Jacobs, Kyler Murray, Nick Bosa and A.J. Brown for the honors.

“I’m very confident in myself and the work I’ve put in my whole life to get to this point,” Sanders said on CBS Sports HQ Wednesday. “This season showed that and I still feel like I got a lot of good football to play. I feel like I got a good chance to win, but at the end of the day I’m just blessed to be in this situation.”

Despite all the success Sanders had in year one, he knows what to do to improve come year two.

“I see myself getting better and building off the year I just had,” Sanders said. “I’m trying to be more elite and more explosive. That’s all I can really say. Just raise my game to another level.”

Sanders will become a focal point of the offense in 2020 — he is set to take the reins as the primary running back for the Eagles. In 2019, once Jordan Howard went down with a shoulder injury during the team’s bye week, Sanders emerged. He had 117 carries for 551 yards, averaging 4.7 yards per carry, while having 31 catches for 212 yards (6.8 yards per catch) in the eight games (plus playoffs) as the No. 1 running back. Expectations are high for the Eagles and Sanders next season as the team is undergoing a youth movement on offense centered around franchise quarterback Carson Wentz.

“Just based off this year, the way everything went, all the injuries and stuff, people would have probably expected us to not go anywhere and have a worse record,” Sanders said. “For us to go as far as we did showed a lot of our team. I’m excited for next season once we have everybody healthy.”

The Eagles may not look to get younger at all positions, as the team already has youth at running back in Sanders and Boston Scott. While Jordan Howard could return, LeSean McCoy wants to end his career in Philadelphia, six years after making his mark as the franchise’s all-time leading rusher.

If the Eagles entertain the possibility of McCoy returning, Sanders would welcome the veteran with open arms.

“It would be exciting. I heard he’s a great guy to be around and he’s going to go down as one of the great running backs to ever play the game,” Sanders said. “For him to come over (play for the Eagles) would be a blessing. I’ll be happy for him to come over and retire (here).”