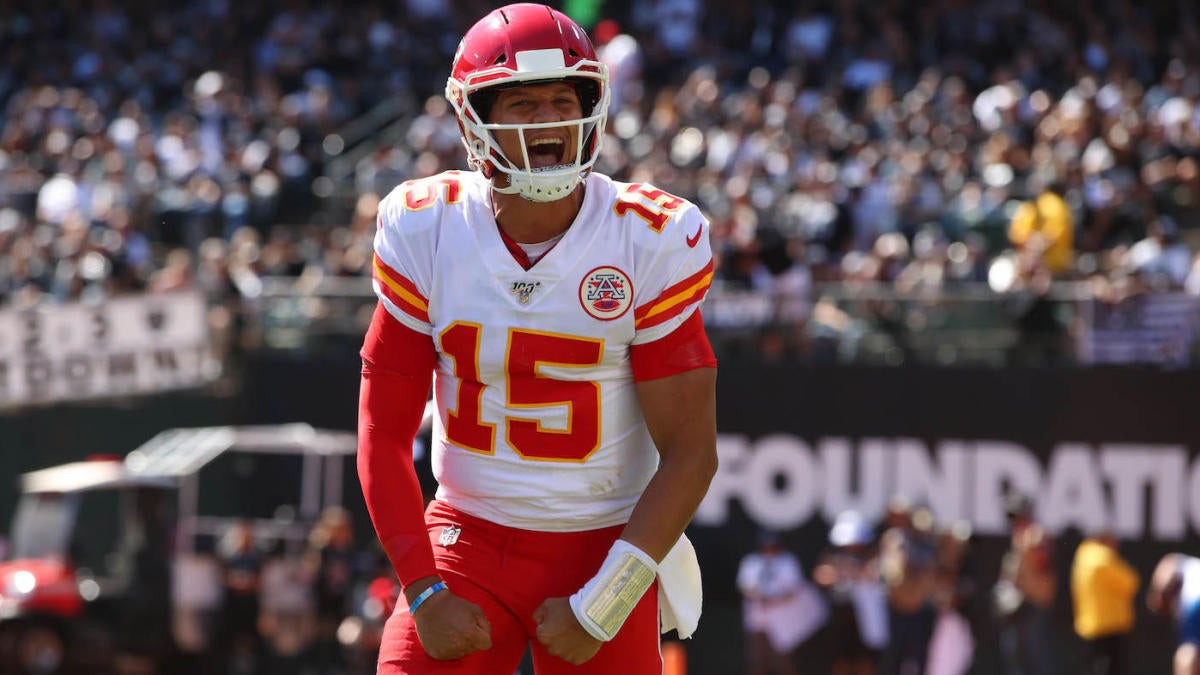 Dan Marino long held the reputation of being the best passing quarterback in the NFL, a title he carried around for nearly a decade. Marino, who was the NFL’s all-time leader in passing yards and passing touchdowns when he finished his career, rewrote the record books in the 1984 season … a year which he became the first quarterback to throw for 5,000 yards in a season.

That historic 1984 season netted Marino MVP honors and took the Miami Dolphins to the Super Bowl, but the Dolphins fell short of capturing the title, losing to the 49ers. Marino never got back to the Super Bowl, nor had a season like 1984 again (even though he led the NFL in passing yards four more times and passing touchdowns twice).

Kansas City Chiefs quarterback Patrick Mahomes is following a similar start to his career as Marino: league MVP, taking his team to the Super Bowl early in his career. Marino wasn’t able to grab the Lombardi Trophy when he had the chance and is hoping to help ensure history won’t repeat itself with Mahomes.

“At the end of the day, it’s about winning,” Marino said in an appearance on CBS Sports HQ Wednesday. “The stats are great, throwing 50 and 48 (touchdowns). That’s awesome. But it’s about getting to the Super Bowl and winning Super Bowls.

“And a couple years later after that ’84 season, I think I threw 44 (touchdowns). It wasn’t like we were still throwing a lot of touchdowns, but it’s about winning football games. So I wouldn’t think .. .I didn’t go into every year saying ‘Oh I got to throw 50 touchdowns now to have a good year.’ To me it was like ‘We got to win 12 games, get into the playoffs, whatever that takes.’ If it’s 50, if it’s 30 (touchdowns), whatever that is. I wouldn’t think he would think that way either.”

There was a ton of pressure on Marino to live up to that 1984 season every year. Just like Mahomes after his historic 2018 season (5,097 yards, 50 touchdowns, 113.8 passer rating). Mahomes took the Chiefs to the AFC Championship Game in 2018, but the Chiefs fell to the New England Patriots.

While Mahomes wasn’t as good in 2019 (stat wise) as in 2018, he’s played at a level that led the Chiefs to their first Super Bowl appearance in 50 years. Mahomes threw for 4,031 yards in 14 games, finishing with 26 touchdowns to just five interceptions and a 105.3 passer rating.

Mahomes’ postseason run with the Chiefs has been nothing short of incredible. He’s 46 of 70 for 615 yards with eight touchdowns and zero interceptions with a 131.6 passer rating. He’s the first player in NFL history to start his postseason career with 10-plus touchdown passes before his first interception. Mahomes is the first player in NFL history with 250-plus passing yards and 50-plus rushing yards in back-to-back playoff games, and joined Joe Montana (1984) as the only players with 250-plus pass yards, 3-plus pass touchdowns, and 50-plus rush yards in multiple career playoff games.

Marino’s Super Bowl journey ended in heartbreak after a stellar postseason in that 1984 campaign. Marino threw for seven touchdowns in two postseason games as the Dolphins blew out the Seattle Seahawks and Pittsburgh Steelers to advance to Super Bowl XIX. The San Francisco 49ers defense switched to dime personnel to contain Marino, who threw for 318 yards with one touchdown and two interceptions (66.9 rating) in a 38-16 defeat. The 49ers controlled the clock for 37 minutes and held the Dolphins to just 25 rushing yards in the loss. Marino would never play in another Super Bowl.

The pressure of carrying the Dolphins never fazed Marino and it doesn’t seem to faze Mahomes, either. Like Marino, Mahomes just has to rely on his instincts for his team to win games and make the plays when needed. A running game wouldn’t hurt Mahomes in his quest to win a Super Bowl, either.