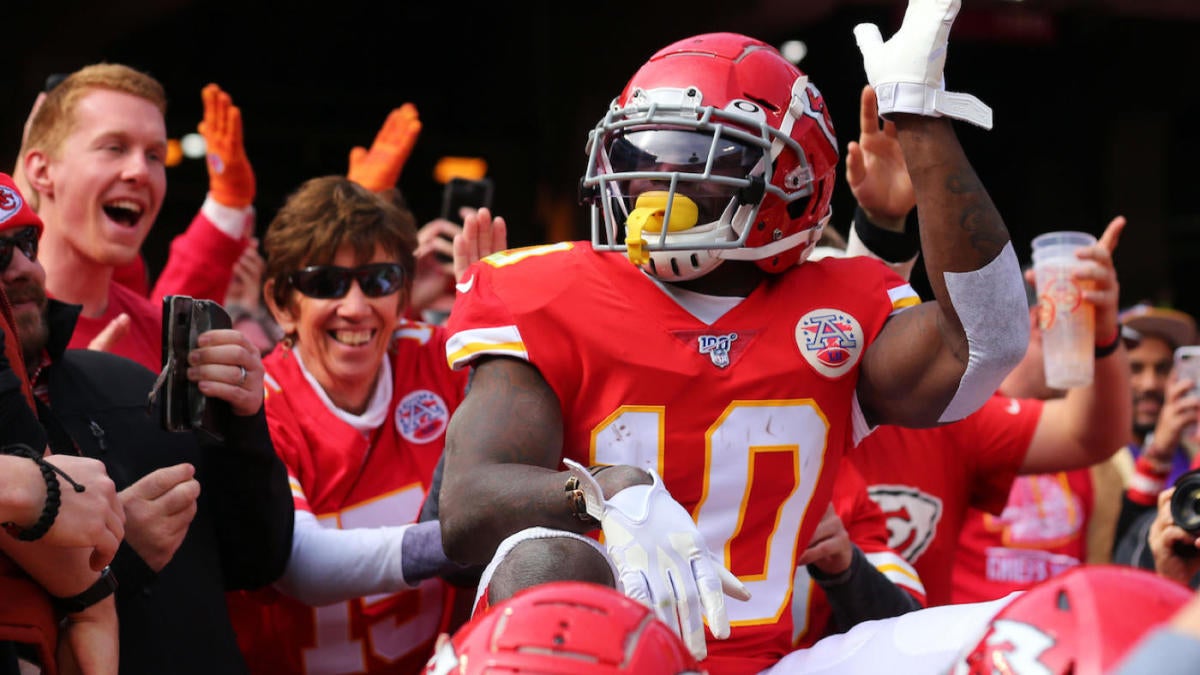 Tyreek Hill has lived up to the three-year, $54 million contract extension the Kansas City Chiefs gave the four-time Pro Bowl wideout this offseason. Even after missing four games due to a serious shoulder injury he suffered in the season opener, Hill returned to make 58 catches for 860 yards and seven touchdowns in 12 games.

The speedy wideout was also huge in getting the Chiefs to Super Bowl LIV, as he caught eight passes for 108 yards and two touchdowns in Kansas City’s two playoff games. The Chiefs face off against the San Francisco 49ers in the biggest game of the year this Sunday, and all of the special media coverage this week has Hill thinking about competing on a global level.

Hill revealed to reporters that he would like to qualify for the 2020 Olympics, which take place in Tokyo this summer.

“Hopefully after this season, if I’m healthy and my mind is still in the right place, I really want to try to qualify for some Olympic teams,” Hill said, via Pro Football Talk.

Asked if he was serious about this and had looked into it, Hill said, “Yeah. Yeah, I have. I have.”

Long regarded as one of of the fastest players in the NFL, Hill reached a career-best top speed this season against the Minnesota Vikings. During a touchdown run by Damien Williams, Hill ran to catch up to his teammate in the open field, and actually passed him!

Hill reached a top speed on that run of 22.6 mph, per Next Gen Stats, the fastest of his NFL career.

Hill said that he understood he would probably have to change a lot about what he eats and how he trains, and that it could affect his “football shape.”

Who knows? If Hill wins a Super Bowl ring, he may have more of a hunger to go after a medal.