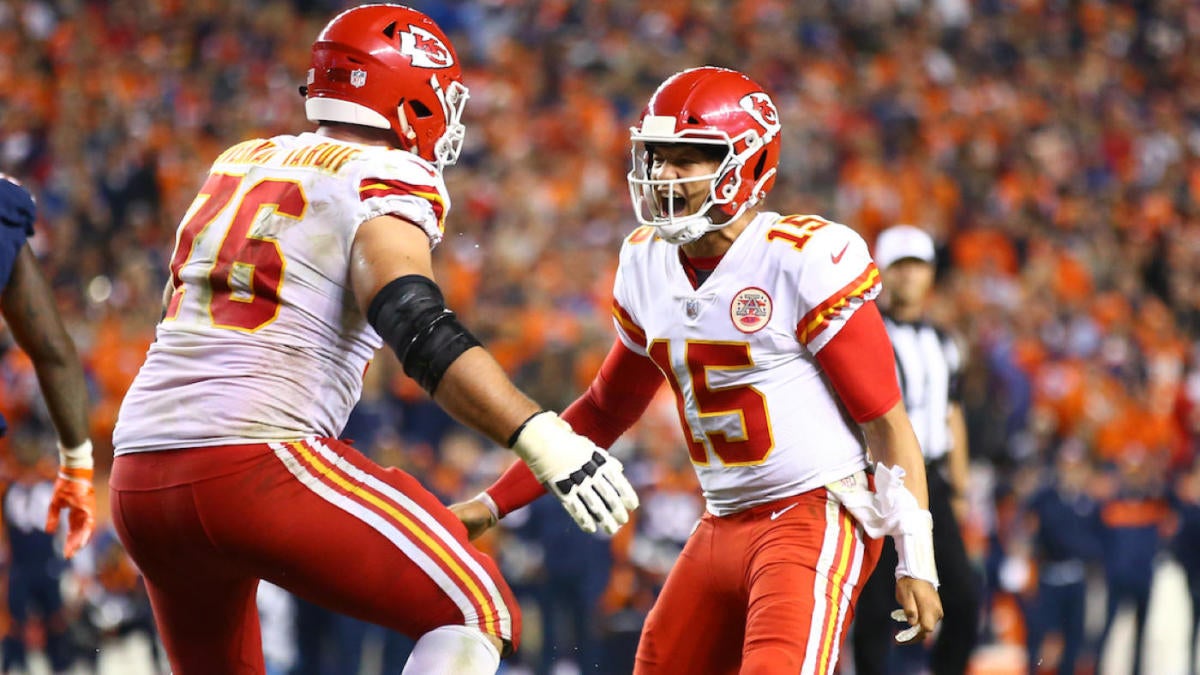 With the gates to Super Bowl LIV ready to be thrust open on Feb. 2 at Hard Rock Life Stadium in Miami, the collective eyes of the sporting world are on the Kansas City Chiefs and the San Francisco 49ers. Both clubs were dominant in 2019, mowing through most opponents en route to the postseason, where they again flexed their muscles to stamp their ticket to the Big Game. But while most of the headlines justifiably center around odds, schemes, historical tidbits and the like, there’s a guy protecting reigning league MVP Patrick Mahomes who has a story that needs to be shared.

Laurent Duvernay-Tardif, the Chiefs starting right guard, will become the first-ever licensed medical doctor to play in a Super Bowl when he takes the field to keep Mahomes clean on Sunday, and that’s an achievement that shouldn’t be overlooked — in a world where players are routinely swept through scholastics because of what they can do on a court or field.

For Duvernay-Tardif, achieving greatness in the classroom was just as paramount as doing it between the hashes.

“I think I want people to see me as one of the best student-athletes in the world,” he told CNN during Super Bowl media week.

Not only is the 28-year-old licensed, but he’s also the first-ever practicing doctor who also actively plays in the NFL.

The Quebec born Duvernay-Tardif was selected by both the CFL and NFL in 2014 during his third year of medical school, but opted to join the latter with the Chiefs, being moved from offensive tackle to guard in the process. He landed his medical degree from McGill University Faculty of Medicine four years later in May 2018, doing much of his studying in the offseason — instead of vacationing.

“When I stepped on that stage at McGill University and got my MD … it was probably the best moment of my life — after the one I’m going to live [on Feb. 2],” Duvernay-Tardif said.

In a wild twist of fate, Duvernay-Tardif plays for the very team whose (or rather, one of their) chief medical doctors on-staff, Jean-Phillippe Darche, also once played in the Super Bowl, as a long snapper for the Seattle Seahawks in Super Bowl XL, before getting his medical degree. Darce is also a native of Quebec who attended McGill, and helped Duvernay-Tardif along the path toward becoming a medical doctor when he signed with the Chiefs in 2007 — then going on to retire and finish his studies in medicine before joining the club’s medical staff.

So no matter how you look at it, there was no better landing spot for Duvernay-Tardif than with the Chiefs.

“It’s a pretty incredible story when you think about it,” he said, via The Montreal Gazette. “J.P. played in the NFL for nine years, ended up in Kansas City. He’s one of the only guys who played in the NFL who’s also [now] an M.D., and to be able to get drafted here for me and connect with him was really helpful. Just to get to know what to expect, but also to work the thing around football, like a work visa and stuff like that.

“He was a tremendous help for sure.”

Darche wasn’t able to realize his dream of winning a Super Bowl, however, but Duvernay-Tardif most certainly has a chance.

Football fans might remember the controversy that surrounded Duvernay-Tardif two years ago, when he graduated and petitioned the NFL to have “M.D.” put on his jersey. His request was denied, and the league took a lot of heat for their decision, although they still haven’t changed their mind. The gesture to allow it would’ve meant the world to Duvernay-Tardif, who is trying to lead by example in showing the next generation of aspiring NFL players there’s life outside of and after football, and you can be great at simultaneously setting yourself up to succeed in both.

And this is especially true when you have a strong support system, as he has in Darche and Reid.

“You look at the stats, and how long is an average career and all that stuff,” Duvernay-Tardif said. “With studying medicine, I didn’t know what was going to happen, but everything turned out great. I think Coach Reid is a big part of that too. He understood what I was trying to do with my study.

“He gave me the chance to balance both. … If it was not for him I would have [only] got my M.D. and I would not be here this week for sure.”

No matter what happens in Super Bowl LIV, Duvernay-Tardif has already inspired many to do more, and that’s a championship in and of itself.