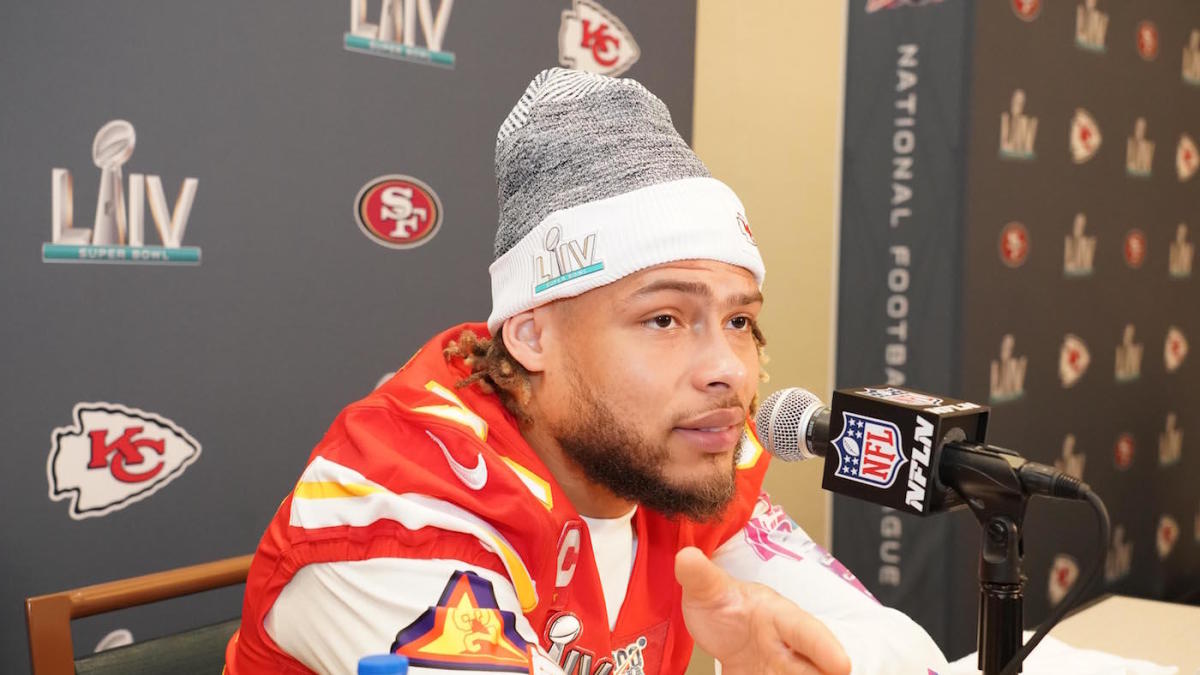 MIAMI — When Patrick Mahomes didn’t get up from an innocuous quarterback sneak in the second quarter of the Chiefs‘ Week 7 clash against the Broncos, laying prone with what appeared to be a serious knee injury, the weight of the Chiefs’ championship aspirations didn’t just fall onto Matt Moore, the backup quarterback tasked with keeping them afloat while Mahomes recovered from what ended up being diagnosed as a dislocated kneecap. The injury also afforded the Chiefs’ defense with an opportunity for redemption — redemption for their failure in last season’s AFC Championship Game, when their inability to force a stop against the Patriots cost them a spot in the Super Bowl as Mahomes watched helplessly from the sidelines.

Mahomes’ injury marked a turning point for a struggling defense — a defense that underwent massive changes from both a schematic and personnel standpoint in the offseason as they targeted the kind of improvement necessary to push the team over the hump. For half the season, the Chiefs defense failed to make the leap, but when Mahomes went down, it knew it could no longer be a passenger. It needed to do its part.

“About midseason,” said linebacker Reggie Ragland on Tuesday when asked how long it took for the defense to hit its stride in a new system. “By the time Pat went out, everybody on the defense knew we had to buckle down and play good sound defense to keep us in the games.”

The changes were expansive. Steve Spagnuolo replaced Bob Sutton at defensive coordinator. They transitioned away from a 3-4 to 4-3. Edge rusher Dee Ford, whose offside penalty negated what should’ve been a game-sealing interception of Tom Brady, was shipped to San Francisco. Justin Houston and Eric Berry departed Kansas City. The Chiefs resupplied by trading for edge rusher Frank Clark and landing safety Tyrann Mathieu in free agency.

It went overlooked because of Mahomes’ heroics, but in their playoff wins over the Texans and Titans, the Chiefs defense contributed to the cause. The 24-0 hole the Chiefs fell into against the Texans was less about defensive breakdowns and more about ineptitude on special teams. One of the Texans’ touchdowns came on a blocked punt. Another touchdown came after a muffed punt gave them the ball at the 6-yard line. Once the offense worked out the kinks, the defense proceeded to generate stops on seven of the Texans’ final eight series. Against the Titans in the AFC Championship game, the Chiefs became the first team since the Broncos way back in Week 6 to hold Derrick Henry under 4.0 yards per carry.

For one, when Mahomes went down, the defense felt a certain responsibility to elevate its performance for Mahomes.

“Running through my mind it was, man, we gotta get this done for Pat,” Ragland said. “That’s what everyone was just saying. ‘Pat, don’t worry about it. We got you, man.’ … Ever since then, everything just came together.”

The truth is, it was always going to be a lengthy process as they implemented a new scheme with new players.

“We knew that — we knew it was going to be a process,” Mathieu said. “But we believed in it. Coaches made us believe in it.”

The process started over the summer, during OTAs and training camp. The thing about having Mahomes on your team is that you get to practice against the sport’s best quarterback, which means you fail … a lot … all the time. The league’s best defenses haven’t figured out how to stop Mahomes throughout his two-year career as a starter. The Chiefs’ defense, in the beginning stages of a rebuild over the summer, certainly wasn’t able to stop him either.

But the failures were important.

“Anytime you’ve got an offense like that, you’re always going to keep getting better,” Ragland said. “Anytime you keep getting destroyed in practice, you’re going to find a way to win eventually.”

Neither Ragland nor Mathieu pointed to some big schematic change as the catalyst for their midseason turnaround. Instead, the linebacker and safety both talked continually about trust and belief — in the system and each other.

It started immediately, Ragland said, with Spagnuolo inviting players into his office to talk about their lives away from football. But trusting the scheme and each other on the field took time.

“We knew we had the players to be successful,” Ragland said. “But we had to keep trusting the coach’s scheme and put everything together.”

At their media sessions on Tuesday, both Mathieu and Ragland spoke confidently. They have every right to be confident. Nobody should think this Chiefs defense is as good as the defense that’ll be on the other sideline on Sunday, but that’s OK. The Chiefs never needed a great defense. All they needed was an adequate defense so that Mahomes wasn’t required to be Superman at every waking moment.

And they are. The Chiefs’ defense finished the season ranked 14th in DVOA, 12th in points allowed per drive, seventh in points allowed — FUN FACT: The Chiefs allowed fewer points than the 49ers this year — and 17th in yards allowed. A year ago, they ranked 26th, 28th, 24th, and 31st in those same respective categories.

Awaiting them on Sunday is a 49ers offense that just gouged the Packers‘ 15th-ranked defense by DVOA for 285 rushing yards and four touchdown runs. Even though the Chiefs did just shut down the Titans’ vaunted rushing attack, the challenges the 49ers present on the ground are different. With Henry, the Titans were more about power. The 49ers are more about speed.

A year ago, stopping an offense as dynamic as the 49ers would’ve felt impossible. It doesn’t feel that way this year.

When the Chiefs lost the overtime coin toss to the Patriots in last year’s AFC Championship, it already felt as if their season had ended. It never felt like the defense would generate the stop it needed to get the ball back in Mahomes’ hands. Failure felt inevitable. Sure enough, 13 plays and 75 yards later, the Chiefs’ season ended.

A year later, after undergoing widespread changes, a revamped defense did its part to help the Chiefs get over the hump. They’re peaking at just the right moment. As the world focuses on the matchup between Mahomes and the 49ers’ defense, they’re eager to prove they’re worthy of being in the Super Bowl.

“We’re ready to get on this stage and show the world that we deserve to be here as a defense,” Mathieu said.