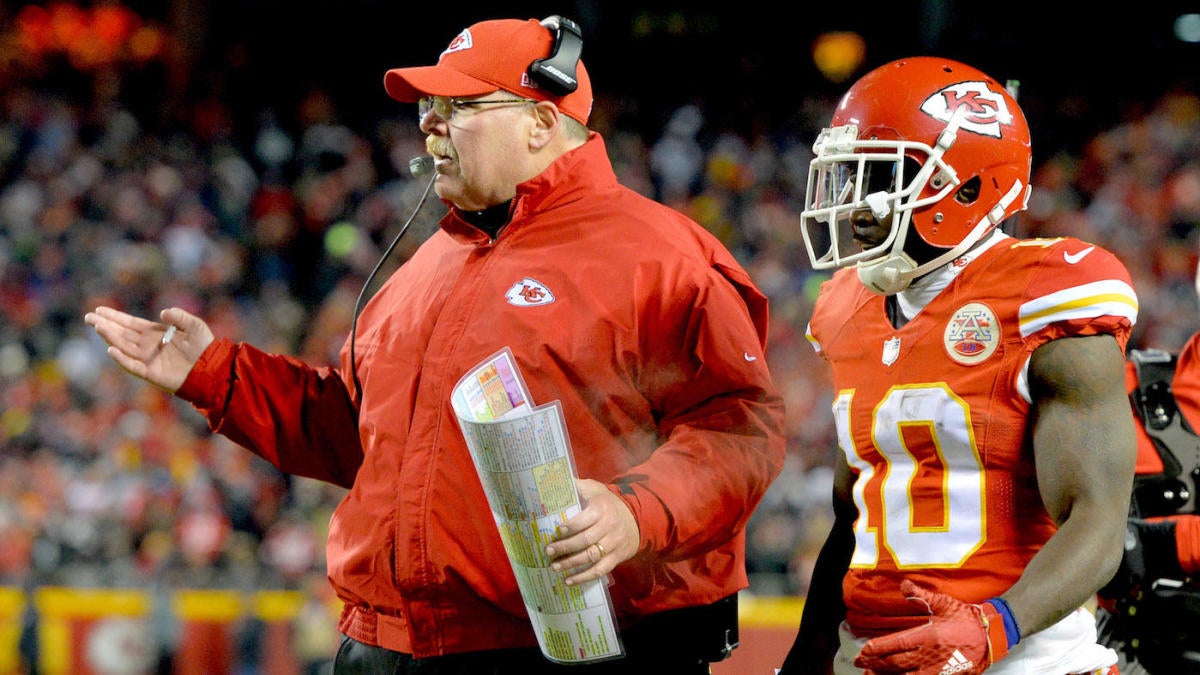 The year 2020 has been good so far to Tyreek Hill. His Kansas City Chiefs advanced past the Houston Texans and Tennessee Titans to reach Super Bowl LIV, and Hill had a large part in those postseason wins, as he caught eight passes for 108 yards and two touchdowns. Hill has a chance to make 2020 even better with a win on Sunday in Super Bowl LIV, but it’s also nice just to have been given a second chance.

Hill’s future with the Chiefs looked bleak last April, when the Pro Bowl wideout was suspended from all team activities due to an ongoing child abuse investigation. Hill met with the NFL investigators in Kansas City for a reported eight hours in June to respond to questions into whether or not he played any role in injuring his son earlier in the year. Audio surfaced on April 25 featuring a discussion of the allegations between Hill and his fiancée, Crystal Espinal, on which Hill and Espinal both suggested the other had engaged in physical punishment towards their son. Hill was also heard on the audio responding to Espinal’s claim that their son was terrified of him by saying, “You need to be terrified of me too.”

The NFL decided not to suspend Hill after concluding their investigation, but it was clearly a very serious situation. With Hill cleared, he signed a three-year, $54 million extension heading into the 2019 season.

His fourth year did not start out well, however, as he suffered a serious shoulder injury in the season opener against the Jacksonville Jaguars that knocked him out for four games, but he returned to catch 58 passes for 860 yards and seven touchdowns to secure his fourth Pro Bowl nod.

Head coach Andy Reid is proud of the growth Hill has shown on and off the field, and he spoke about that with reporters on Wednesday.

“Tyreek’s done a nice job with having signed the contract but also his life off the field and managing that,” Reid said, via NFL.com. “I’m proud of him for that, to see growth in somebody. You like to see that with these young guys. He’s doing well as a father, and he’s doing well as a football player, and we’re lucky to have him.”

The speedy wideout is considering taking his talents to the Olympics, and figures to play a big role against the San Francisco 49ers in Super Bowl LIV. We all knew he was a great player, but it’s good to hear that he’s improving in the other facets of his life as well.