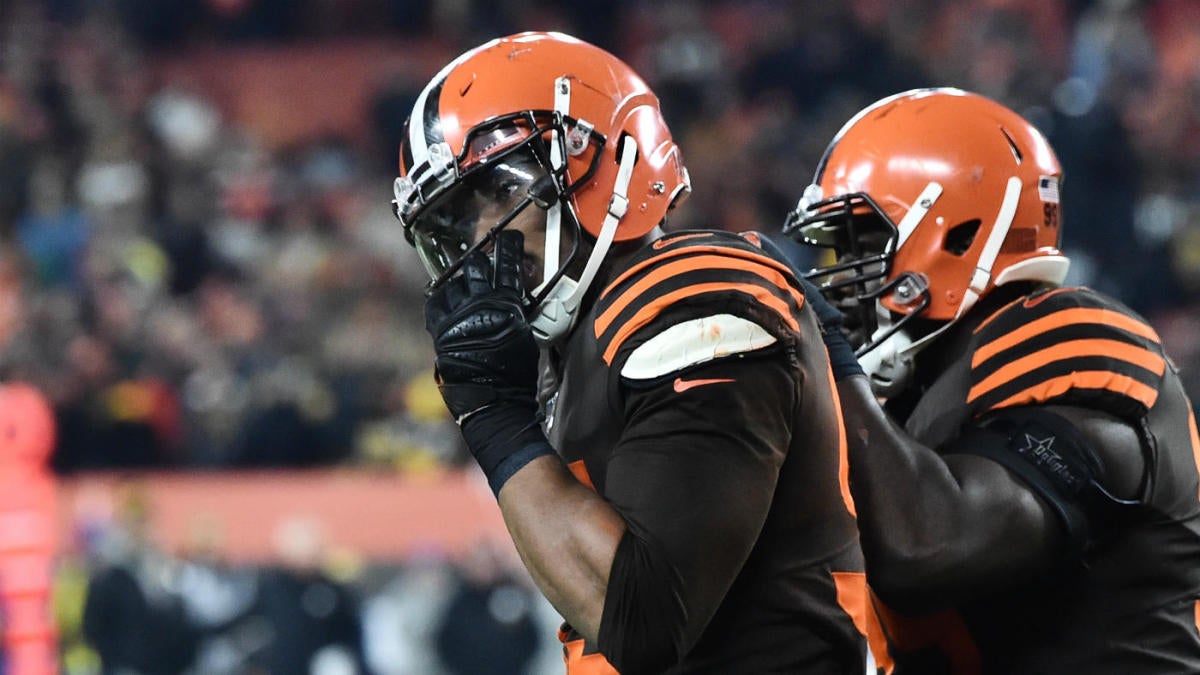 Myles Garrett continues to serve his indefinite suspension after his involvement in the Browns‘ fight with Steelers players near the end of Cleveland’s win over Pittsburgh during Week 11 of the regular season. On Wednesday, NFL commissioner Roger Goodell told Cleveland.com’s Mary Kay Cabot that he plans to speak with Garrett about a possible reinstatement within the next 60 days. Goodell addressed his timetable to meet with Garrett before he issued his annual Super Bowl press conference from Miami.

While Garrett received the heaviest punishment (past of his suspension included the final six games of the 2019 season), Goodell stressed that he wasn’t the only player who made a mistake that night. Browns defensive tackle Larry Ogunjobi was suspended for his role in the incident, while Pittsburgh center Maurkice Pouncey served a two-game suspension. Both teams were fined $250,000.

“It’s just not Myles Garrett here,” Goodell said of the Steelers-Browns Week 11 fight. “Obviously he was the starting [point] but we suspended three different players in that,” Goodell said. “It’s probably, I would say, the most significant discipline we’ve had from any single incident in our history, although we don’t keep that stat, but I’d be surprised if it wasn’t.

“It was in my view and I think our football people, something that had to be dealt with very quickly and very firmly to make it clear to the players that is not acceptable. And I’d add one other thing: and to the clubs. Because we also fined the clubs, both clubs, for having been the clubs that participated in this. Not that they were necessarily responsible for it, but they’re accountable for it and that’s the message we want them to understand.”

The first overall pick in the 2017 draft, Garrett was fined $42,112 for two roughing the passer penalties during the Browns’ Week 2 win over the Jets. His altercation with Titans tight end Delanie Walker in Week 1 rendered a $10,527 fine.

The Browns sputtered down the stretch without Garrett, losing four of their final six games that included a three-game losing streak to close out the season. After going 7-8-1 the previous season, the Browns went 6-10 in 2019, a decline that led to the firing of former head coach Freddie Kitchens. Kitchens has been replaced by Kevin Stefanski, who was most recently the Vikings‘ offensive coordinator.