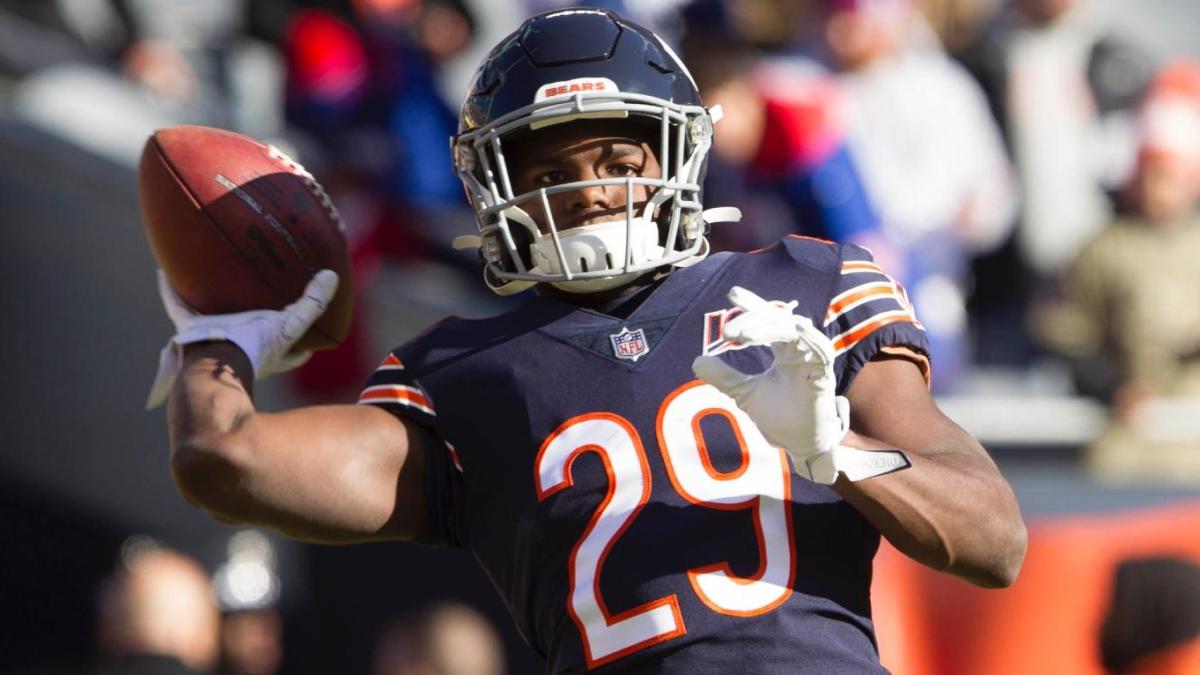 Tarik Cohen has a lot of Super Bowl experience for a player that has yet to play in the Big Game — of course, all of it is unrelated to actually playing in the championship game. Cohen, the Chicago Bears‘ former Pro Bowl running back, is down in Miami to take part in his third straight Super Bowl week as an interviewee. A year after helping lead the Bears to the playoffs, Cohen is back on Radio Row following Chicago’s disappointing 8-8 season.

“The questions (were) better last year than this year,” Cohen joked during a visit with CBS Sports HQ and the Pick Six Podcast. “It’s all in good fun. I’m really looking forward to getting out there next year.”

Speaking of next year, Cohen said that he hopes new offensive coordinator Bill Lazor will get him out on the outside more in 2020, something Cohen said he didn’t do enough of in 2019. Cohen added that the Bears’ running game, a unit that finished 27th in the league in 2019, needs to improve if the Bears are going to make it back to the postseason.

Cohen also weighed in on quarterback Mitchell Tribusky, who has reportedly undergone offseason shoulder surgery that was considered a “minor” procedure. The NFL‘s second overall pick in 2017, Trubisky, a Pro Bowler in 2018, regressed last season, throwing seven fewer touchdown passes while seeing his completion percentage dip more than four percent. But despite his teammate’s underwhelming season, Cohen is confident that Trubisky has what it takes to lead the Bears to the promised land.

Has Cohen seen improvement in Trubisky since the two came to Chicago together in 2017?

“Definitely,” Cohen replied. “You can tell by the on-site adjustments, at the line of scrimmage adjustments when he can’t hear Coach Nagy and he’s just doing things on instinct. Just his overall knowledge of the game.”

Cohen knows how he and fellow running back David Montgomery can help Trubisky.

“We’re definitely going to try to get (the running game) earlier this year than we did last year,” Cohen said. “We felt like we didn’t have an identity for the main part of the season, and that’s what prohibited our offense from being a good offense. When we get that going, the running game opens up everything else.”

While Cohen sees a bright future in Chicago for himself and Trubisky, he also weighed in on Sunday’s game between the 49ers and the Chiefs. Cohen, who said that he grew up being a big fan of Chiefs safety Tyrann Mathieu, faced the Chiefs’ vastly improved defense in Week 16. Led by Mathieu and fellow standouts Chris Jones and Frank Clark, the Chiefs held Cohen and the Bears’ offense to just three points and just 234 total yards.

“I feel like their defense is all about momentum,” Cohen said of the Chiefs’ defense. “When they get that first three and out, it’s really contagious, you can see them flying around the field, and everybody wants to be the next guy that makes the play. And they are led by Tyrann Mathieu, who is the soul of their defense. He’s got that big dog mentality, and when he spreads that around, anything’s possible.”

Cohen was also asked if he believes that the Chiefs’ defense will be up to the task of slowing down a 49ers’ rushing attack that finished second in the NFL in rushing during the regular season. The 49ers ran right through the Vikings and Packers in the NFC playoffs, as running back Raheen Mostert ran for 220 yards and four touchdowns in San Francisco’s win over Green Bay int he NFC Championship Game.

Cohen also offered his prediction on Super Bowl LIV, a game that many believe will be a competitive affair. The Chiefs, according to SportsLine, are a slim 1.5-point favorite heading into Sunday’s game.

“I want it to be a shootout,” Cohen said, “and I like the weapons that the Chiefs have, so I’m going with the Chiefs.”