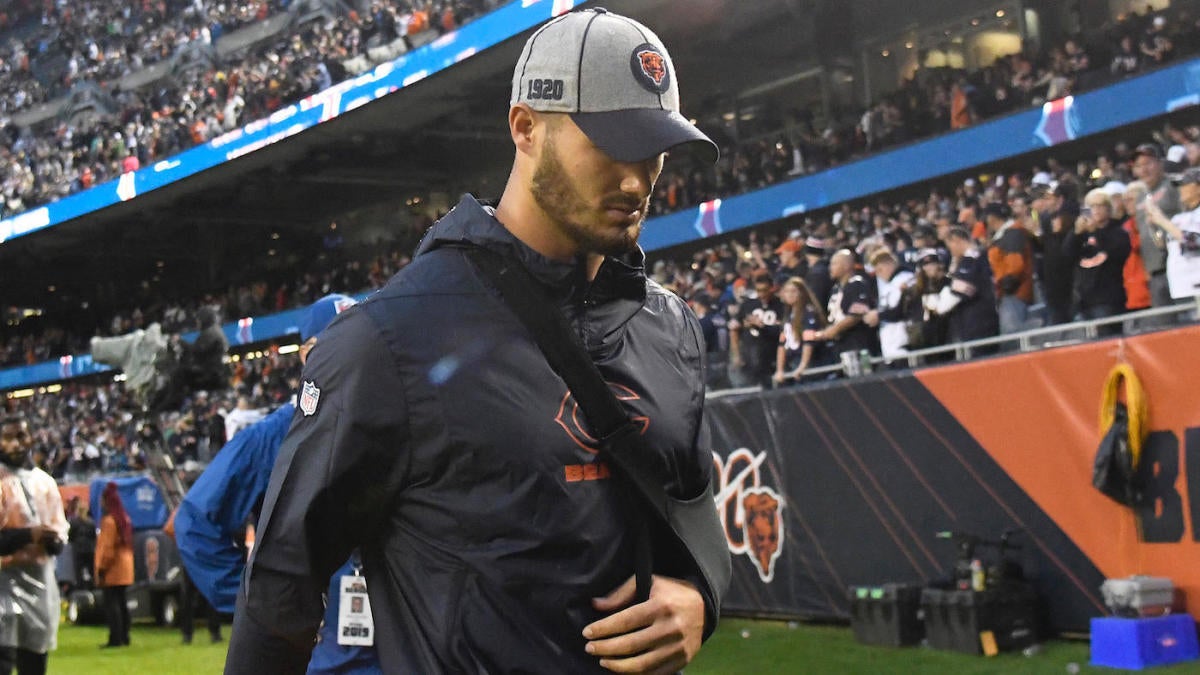 Chicago Bears quarterback Mitchell Trubisky has finally taken care of an injury that hampered him all season, and that injury may have played a part in his statistical regression. According to Jeff Dickerson of ESPN, Trubisky underwent surgery to repair the partially torn labrum in his left, non-throwing shoulder shortly after the conclusion of the regular season. The typical recovery time for this “minor” procedure is usually a “couple of months.”

The former No. 2 overall pick (2017 NFL Draft) suffered the injury in the 16-6 win against the Minnesota Vikings in Week 4. Trubisky would miss the Bears’ trip to London, where they lost to the Oakland Raiders, 24-21, but would return in Week 7 after Chicago’s bye week. Trubisky then struggled mightily against backup quarterback Teddy Bridgewater and the New Orleans Saints, losing 36-25 in front of a chorus of booing Bears fans. He would battle through the pain and start the last 11 regular-season games.

Trubisky did improve somewhat towards the end of the regular season, but the Bears still finished 8-8 and missed the postseason after winning the NFC North with a 12-4 record last year. After throwing for 3,223 yards, 24 touchdowns and 12 interceptions in last year’s campaign, Trubisky threw for 3,138 yards, just 17 touchdowns, and 10 interceptions this season.

When Bears head coach Matt Nagy and general manager Ryan Pace addressed the state of the franchise in December, Pace said he was confident Trubisky did enough in 2019 to prove he should be the starter moving forward.

“Yes we do,” replied Pace, via NFL.com. “I think with Mitch — and we need more time in the coming months to evaluate everything — the first thing that comes to mind for me is just consistency. You see moments, you see games, but for him, stringing together better consistency. You have the peaks and valleys; we just need to flatten that out.”

Trubisky finished No. 21 overall in passing yards this season, which was behind players like Gardner Minshew, Kyle Allen, and Andy Dalton — all who had played in less than 15 games.

This season will mean a lot for both Trubisky and the Bears. As a first-round pick, Chicago has a fifth-year option on their quarterback, but they will have to pick it up by early May in order to keep him on his rookie deal through the 2021 season. It will be interesting to see what they decide to do.