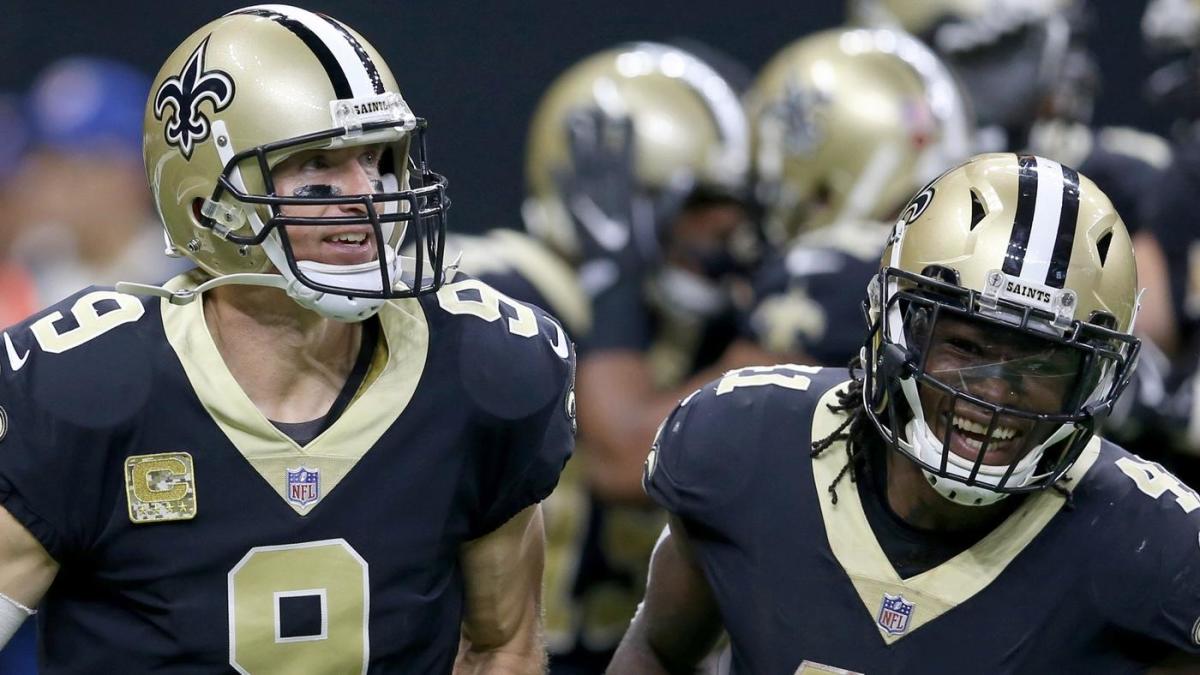 Drew Brees‘ uncertain NFL future is one of the hottest topics in the days leading up to Super Bowl LIV. On Tuesday, reports surfaced that while the Saints would like to have the 41-year-old quarterback back for the 2020 season, they would like him back in a “transition role” that would likely include more playing time for Taysom Hill.

On Wednesday, during an appearance on CBS Sports HQ from Miami, the site of Super Bowl LIV, Saints Pro Bowl running back Alvin Kamara was asked whether or not he believes that Brees will be back in New Orleans next season. Brees, during a sideline interview with Lisa Salters during last Sunday’s Pro Bowl, said that he would take the first several weeks of the offseason to determine the future of his playing career.

“I hope he does,” said Kamara, Brees’ teammate since the 2017 season. “I think he comes back. I’ve always felt like Drew is gonna be done when he wants to be done. He’s got as long as he wants in him. I think everybody would love to see him play.”

A 13-time Pro Bowler and former Super Bowl MVP, Brees showed no signs of slowing down last season. Despite missing five games due to a hand injury sustained two weeks into the season, Brees was selected to his fourth consecutive Pro Bowl after leading the league in completion percentage for a third straight year. Brees also threw 27 touchdowns against just four interceptions while winning eight of his 11 starts.

The Saints, however, suffered playoff heartbreak for a third straight year, losing a one-possession game to the Vikings in the wild card round that included another controversial finish. Instead of returning to Miami, the site where Brees led the Saints to victory over the Colts in Super Bowl XLIV, the Saints’ Super Bowl drought has now reached a full decade.

“It’s definitely frustrating, but it wouldn’t be football without the ups and downs,” Kamara said of the Saints’ recent playoff woes. “Three years in a row we’ve been close. We’re just trying to get over that hump. We’ve still got next season.”

Kamara believes that next season will include Brees, the NFL‘s all-time leader in career passing yards and touchdown passes. But if the reports about the Saints wanting Brees back in a “transition role” are accurate, it’s hard to believe that Brees would want to play less than he is used to, even if that would help speed up Hill’s preparation as he looks to one day replace Brees as the team’s starting quarterback.

That being said, Brees may be OK with a different role in 2020 if he truly believes that it would help increase the Saints’ chances at winning a Super Bowl next season. While every player wants to play, Kamara said that the unselfishness that currently exists on the Saints is one of the main reasons why the team has has so much success since his arrival.

A talented roster may also be a reason why Brees decides to return for another run at a championship. Along with a defense that includes Pro Bowl cornerback Marshon Lattimore, Pro Bowl defensive end Cameron Jordan and All-Pro linebacker Demario Davis, Brees would still have Kamara and All-Pro receiver Michael Thomas at his disposal. Kamara, who said that he will be back and better than ever in 2020 after battling injuries in 2019, thinks that Thomas is also setting himself up for another big year after catching an NFL-record 149 passes in 2019.

“I see it every week, not just on Sunday,” Kamara said of Thomas, who has led the NFL in receptions each of the past two seasons. “The amount of work he puts in, the amount of care he has for his preparation, his performance .. a lot of people don’t understand that he’s angry when he drops the ball. You expect nothing less from him, he’s a great player. I’m not surprised (at his production) because I see how he works and the type of person he is off the field. He does the things that people don’t do, and that’s why he’s getting the results that he’s getting.”