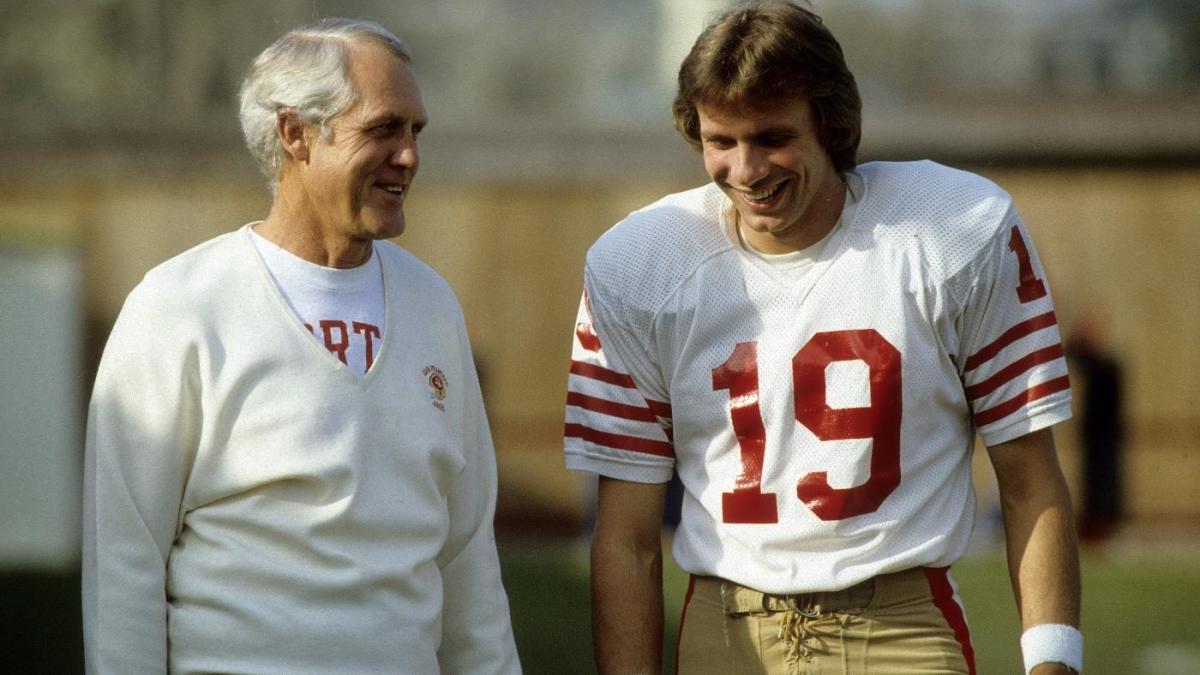 Most NFL fans nowadays don’t know of the late Bill Walsh and what he meant to the league in general, but the San Francisco 49ers most certainly do. The Hall of Famer who was once head coach of the organization — and then general manager, vice president and finally consultant as recently as 2004 — spawned not only a dynasty of success and a slew of fellow gold jacket wearers in his time in the NFL but also one of the more prominent coaching trees around.

As the world readies to watch 49ers lock horns with the Kansas City Chiefs in Super Bowl LIV, it’s impossible to ignore Walsh’s influence on the matchup. Andy Reid has had the Chiefs offense humming since arriving in Missouri back in 2013 to take over as head coach, initially turning quarterback Alex Smith from a supposed game manager into one of the more dangerous arms in the league at the time. When Reid made the decision to supplant Smith with Patrick Mahomes, however, the Chiefs offense turned lethal, and Mahomes already has a league MVP honor under his belt — thriving in Year 1 as a starter in Reid’s variation of the West Coast offense.

Now, let’s truly spaghetti your noodle, shall we?

Mahomes can thank Reid for his success, but more so Walsh for teaching it to Mike Holmgren who, in turn, taught it to Reid. It is an offense that essentially turned Joe Montana and others, like fellow all-time great Jerry Rice, into global icons and lifted the 49ers to multiple Super Bowl appearances and victories. Having proven time and again the scheme works, Holmgren used it to establish his own success as an NFL head coach — winning Super Bowl XXXI as leader of the Green Bay Packers, and with Reid having helped him do it — but Walsh’s influence doesn’t end there.

He also taught George Seifert, who went on to coach Mike Shanahan, who ultimately taught the offensive philosophies to his son, Kyle; over the course of his life but more recently when father hired son as his offensive coordinator of the Washington Redskins.

And as you know, Kyle Shanahan is now the head coach of Walsh’s beloved 49ers — for the organization where all of this began decades ago — with Reid on the opposite sideline trying to use the same teachings to keep San Francisco from grabbing a sixth Lombardi trophy, in what is rapidly morphing into a script for The Twilight Zone.

Additionally, as a related aside, the coaching tree also includes Mike McCarthy, John Harbaugh, Jim Harbaugh, John Gruden, Gary Kubiak, Steve Mariucci, Mike Tomlin and a long list of other successful coaches who have benefitted from the teachings of Walsh to his proteges.

So as the 49ers and Chiefs square off in Miami, it’s as much the “Montana Bowl” — given the Hall of Famer played for both clubs — as it is the “Walsh Bowl”, with Reid and Shanahan dueling it out using their own versions of Walsh’s blueprint (or, redprint?) against each other. It’s yet another storyline among many surrounding Super Bowl LIV, and easily one of the most intriguing. Because without Walsh in the 1980s and 1990s, would this matchup even be possible in 2020?

It’s an NFL butterfly effect of massive proportions, equipped with wings the size of peacocks’ tails.