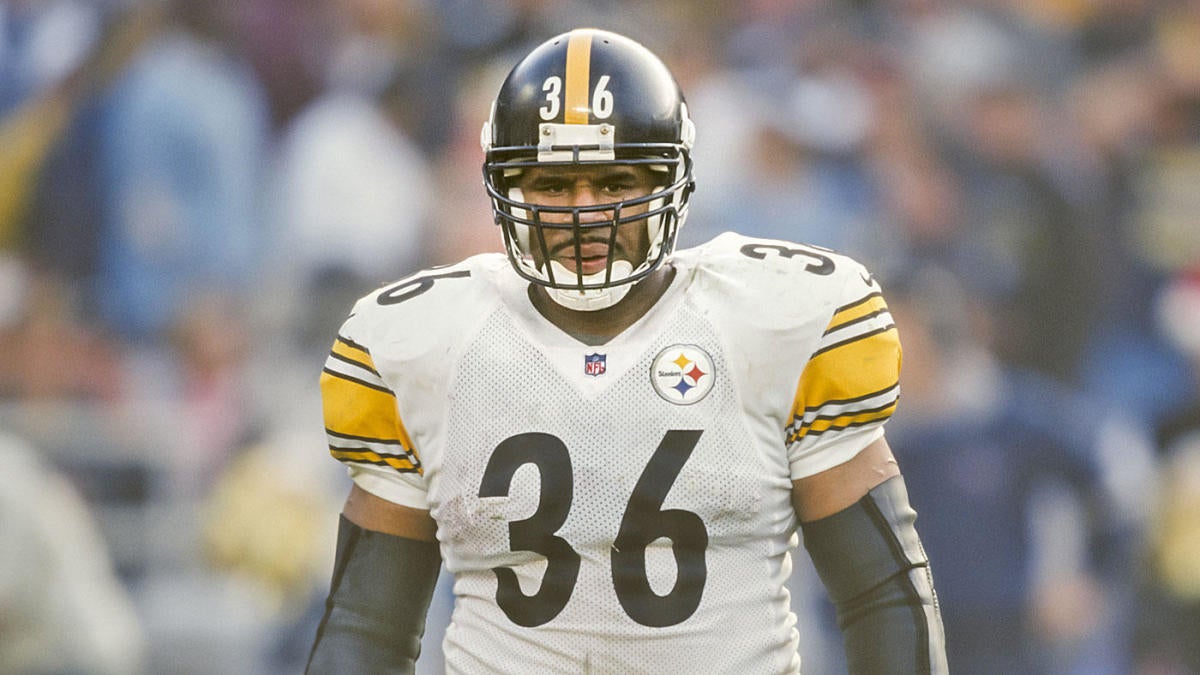 Jerome Bettis sees a lot of himself in Derrick Henry, the Titans‘ Pro Bowl running back who is less than two weeks removed from helping Tennessee advance to the AFC Championship Game.

Bettis, a Hall of Fame running back during his time with the Rams and Steelers, offered his thoughts on Henry during an appearance on CBS Sports HQ from Miami, the site of Super Bowl LIV. Bettis, the NFL‘s eighth all-time leading rusher, believes that the best is yet to come with regard to Henry, who is slated to become a free agent this offseason. Like Bettis, Henry is a physical back who appears to get better the more carries he receives.

“I would expect a big year from him (in 2020),” said Bettis, who rushed for 13,259 yards during his 13-year career. “I think people, especially the Tennessee Titans, they’re starting to understand how you fully utilize a running back like Derrick Henry. It took them a few years, but much like when he was at Alabama … you don’t get his true ability with 5, 6, 10, 15 carries. He needs 25 carries, 30 carries for you to see his true effectiveness and how special he is as a running back.”

Bettis is right. After averaging just 167 carries per game during his first three years with the Titans, the 6-foot-3, 247-pound Henry toted the rock an NFL-high 303 times during the 2019 season. The heavier workload didn’t seem to bother him; in fact, it appeared to make him an more effective back. Last season, the former Heisman Trophy winner averaged a career-high 5.1 yards per carry while leading the NFL with 16 rushing touchdowns. He also rushed for an NFL high 1,540 yards while helping the Titans earn the AFC’s sixth and final playoff spot.

While Bettis believes that the Titans (assuming they sign him this offseason) should continue to feed Henry, he does believe that it would be wise to sign another big back to help keep Henry’s workload to a manageable rate.

“The last couple years, he was splitting time and getting minimal opportunities,” Bettis said. “This year, he was a featured guy, ‘We’re gonna run you 25, 30 times,’ and you see a special running back. I expect to see more of that next year. But I do think they’re gonna bring another running back in a similar vein to really split some of those carries so that he’s not the only one getting the 40 carries. They run it 45 times, but he may be taking 25 (carries), so they can lighten his load a little bit.”

Bettis, a member of the Steelers’ Super Bowl XL championship team, was also asked about the future of Steelers running back James Conner and former Pittsburgh All-Pro running back Le’Veon Bell. With regard to Conner, Bettis said that, as long as he can remain healthy, he is certainly capable of being Pittsburgh’s longterm solution at the running back position. A Pro Bowl performer in 2018, Conner was limited by injuries and played in just 10 games and had 464 rushing yards last season. Conner’s lack of availability was one of the reasons why the Steelers finished with the 29th ranked rushing attack.

“If he can be healthy, I think he has a future,” Bettis said of Conner, who is entering his final year of his rookie contract. “The key is, availability is part of what makes you a really good running back. If you’re not available, then it’s hard for a team to depend on you and build around you. So I think this year’s gonna be very critical for him. Hopefully he can stay healthy and stay on the football field because when he is on the football field, he’s really good.”

When it comes to Bell, Bettis isn’t buying that the Steelers’ former Pro Bowl back is in decline. Bettis believes that, if Bell can find a system that complements his unique running style, he should be able to return to the form that made him arguably the league’s best running back before he sat out the entire 2018 season.

Bell, who signed a four-year deal with the Jets this past offseason, had careers lows with 789 rushing yards and a 3.2 yards per carry average during his first season in New York. One positive for Bell was that he didn’t miss a game due to injury last season, as Bell’s only absence during a regular season game came after he suffered an illness in Week 14.

“You don’t forget how to be a running back,” Bettis said. “The problem is, when the offense doesn’t match your ability, then it’s your fault. And that’s unfortunate because Le’Veon Bell has the ability to do some great things, but the offense isn’t good enough, so it’s his fault. It’s unfortunate.

“If he does leave (the Jets), somebody will be getting a very special running back, because he’s one of the best in the business.”