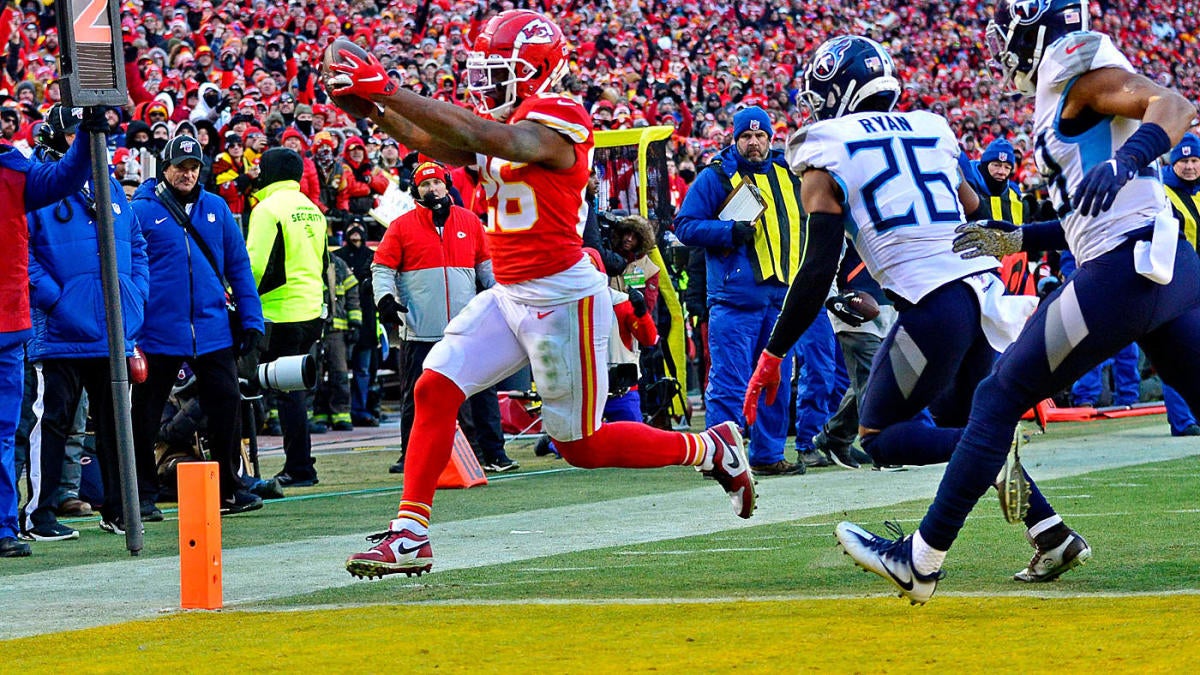 MIAMI, FL — You can tell a lot about what an offense wants to do by looking at its tendencies on early downs when the game is still in the balance. The best NFL offenses convert on third down by avoiding third down in the first place, and how they choose to approach that challenge when the result is up in the air tells you a lot about what they want their identity to be. This season, no NFL team called for a pass in those situations more often than the Kansas City Chiefs, who did so 65 percent of the time on first or second down in the first three quarters of a game that was within two scores at the time. That 65 percent pass rate was not just the highest in the NFL this year, but the highest of any team in the past four years.

So, we know that the Chiefs want to pass. Which is just fine by them, considering the quality of their quarterback and the various weapons he has at his disposal. But it’s also fine with their running back, Damien Williams.

“For me it’s all good because I can catch out of the backfield,” Williams says. “So I feel like I can double-dip.”

Williams led the Kansas City backfield in targets, receptions, receiving yards, and receiving touchdowns this season, and during Kansas City’s two playoff games he has contributed an additional seven catches for 65 yards and a touchdown. That score, against the Texans in the divisional round, came on a quick seam route out of the backfield. Williams sprinted past Houston linebacker Jacob Martin, and once he cleared Martin into open space, he turned his head around to look for the ball. Patrick Mahomes was so confident in Williams beating his man that by the time Williams actually turned to look, the ball was already dropping into his hands. He didn’t have to break his stride or even move his hands to adjust and catch it.

“That’s just practice,” Williams says, regarding the chemistry necessary to make that kind of play. “We’ve been doing this since last year, the beginning of camp. It’s all about timing and being on time. You can play the game faster when you know what’s going on and you’re not just running around guessing.”

That practice and that timing have given Williams enough confidence in both Mahomes and himself that he doesn’t have to do some of the things a lot of other running backs do in the passing game.

“Usually you’ll see a lot of running backs like lean over and ask, ‘What’s going on?’ I’m not necessarily doing that,” he says. “When he’s making calls, I’m just standing there because even if I can’t hear him, I know what he’s doing because that’s something that we practiced and something we go through. You’ve got to be able to put the work in and study. I’ve got to put my time in just like he’s putting his time in so we can go out and just flow.”

That flow, when combined with Andy Reid’s ability to scheme players open, has helped make Kansas City’s running backs incredibly effective in the passing game. When Williams or LeSean McCoy or Darrel Williams or Darwin Thompson catches the ball they typically have a whole lot of open space in front of them. And if they don’t, they have a cavalcade of blockers ready to clear the way.

“He’s a great coach,” Williams says of Reid. “What he does with the mix, he’s great at making a pass look like a run and a run look like a pass. When you have a guy like Pat, 99 percent of the time the coach wants to pass the ball. But sometimes you gotta go over there to him and be like, ‘Coach, they’re vulnerable here and they’re vulnerable there.’ We’re good at communicating so we can get that to where we can level it out.”

The Chiefs began the season rotating Williams and McCoy. As the year went on one of them kept taking the lead over the other, and when each of them missed games due to injury, they ended up splitting time with Darrel Williams as well.

Over the past several weeks, though, Damien has taken more of a lead role than anybody else has all year. Since returning from injury in Week 16, he’s played at least half the snaps in every game. During the team two playoff games, he has been on the field 91 percent of the time. His previous season-high was 73 percent, and he was out there for fewer than 50 percent of the snaps in four of his first nine games. Bouncing back and forth between a rotational role and a bell-cow one hasn’t bothered Williams in the least.

“It’s not difficult at all. I go about my days the same. I train the same. I work hard the same. I study the same. I can’t control whether I’m the full-time starter getting all the reps or we’re switching off every series, he says. “I was a third-down back. Getting on the field on only one play, so you have to be great for that one play. So I’m used to kind of being able to come in and still kind of stand on the level of what we’re playing at.”

His experience as a third-down back has helped him excel in the role that has the widest gap between its importance and the amount of discussion it gets: pass blocking. Among the 44 running backs who played at least 200 passing snaps this season, Williams ranked 12th in Pro Football Focus’ pass-blocking efficiency. He allowed zero sacks, zero hits, and only two hurries as a pass-blocker all season.

The offense linemen that keep him and Mahomes clean appreciate the help. Left tackle Eric Fisher raves about Williams’ ability to pick up blitzers, and his fearlessness in taking on bigger players.

“Them linebackers come through that hole flying,” Fisher says. “When you see a guy who’s smaller than the guy flying through that hole stick his nose in there and do whatever he’s gonna do to stop that guy in his tracks — that’s what he does. He does a great job of it.”

Linebacker Reggie Ragland, who often has to deal with pass-blocking running backs on the opposite side of the ball, echoes Fisher’s assessment. He even makes the analogy typically used to describe the best pass-blocking offensive linemen in the league.

“He’s like a brick wall,” Ragland says. “Running into him — he’s a very tough, physical player. He has a great mindset and he wants to do it. He wants to help our team out.”

When it comes to blocking for your quarterback, nothing is more important than communication. An offense gets up to the line and sees how the defense is lined up, then makes checks and adjusts the protection schemes, then adjusts to the defense’s adjustments. All of this happens in mere seconds. You’ve got to be on point. And it’s not always easy, because the crowd often comes into play.

“Especially in this game, it’s more signals,” Fisher says. “You can’t always hear each other, especially when he’s 4-5 yards behind you. We do have our signals in place in those situations. And I think a lot of it is just Pat. Pat’s the leader of the offense. He’s the one dissecting what the defense is doing to get us going the right way. We just prepare for that. We put a lot of work in. We do a lot of work in the classroom, a lot of work on the practice field to be able to handle all these situations.”

In the Super Bowl, the Chiefs will face one of the toughest situations possible in this league right now: having to block the fearsome San Francisco 49ers pass rush. The line is up to the task. So is Mahomes, who excels at buying time and making plays outside of structure. But Williams will be counted on, too. He’ll have to block and chip and release and run screens and use his speed and quickness to beat linebackers in open space. If the way he’s contributed so far is any indication, he’ll be ready to do all that and more.