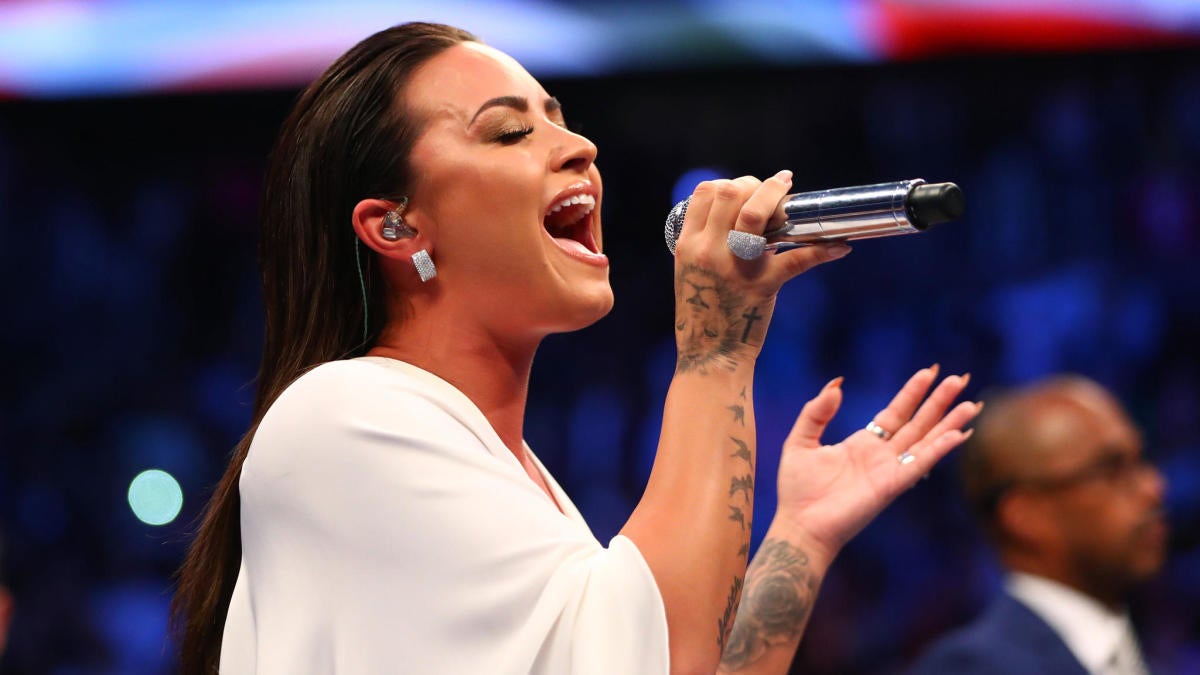 Super Bowl LIV between the Kansas City Chiefs and San Francisco 49ers is just a few days away. The game is expected to be one of the more exciting Super Bowls in the last several years, which you can stream on CBS All Access. As always, fans will get to hear what could be a very powerful rendition of “The Star-Spangled Banner.” This year, it will be Demi Lovato taking the mic.

How long will the national anthem last?

The New Mexico native will be singing this year’s version of “The Star-Spangled Banner” after a stellar appearance at the Grammy Awards this past Sunday. Like years past, the odds have been released as to how long the national anthem will last. Many of the Super Bowl LIV prop bets have the over/under set around two minutes long. This comes after Gladys Knight in 2019 went for two minutes and one second.

Under bets have hit in 10 of the last 12 seasons, with Knight being the most recent to go over. Only five of the last 10 national anthems went longer than two minutes. It should be noted that Lovato sang past two minutes when she sang the anthem at the Mayweather vs. McGregor in 2017.

Here are the current odds: